Timed Up-and-Go Dual-Task Testing in the Assessment of Cognitive Function: A Mixed Methods Observational Study for Development of the UDDGait Protocol
Previous Article in Special Issue

Longitudinal Analysis of Plantar Pressures with Wear of a Running Shoe

Running shoes typically have a lifespan of 300–1000 km, and the plantar pressure pattern during running may change as the shoe wears. So, the aim of this study was to determine the variation of plantar pressures with shoe wear, and the runner’s subjective sensation. Maximun Plantar Pressures (MMP) were measured from 33 male recreational runners at three times during a training season (beginning, 350 km, and 700 km) using the Biofoot/IBV® in-shoe system (Biofoot/IBV®, Valencia, Spain). All the runners wore the same shoes (New Balance® 738, Boston, MA, USA) during this period, and performed similar training. The zones supporting most pressure at all three study times were the medial (inner) column of the foot and the forefoot. There was a significant increase in pressure on the midfoot over the course of the training season (from 387.8 to 590 kPa, p = 0.003). The runners who felt the worst cushioning under the midfoot were those who had the highest peak pressures in that area (p = 0.002). The New Balance® 738 running shoe effectively maintains the plantar pressure pattern after 700 km of use under all the zones studied except the midfoot, probably due to material fatigue or deficits of the specific cushioning systems in that area. View Full-Text
Keywords: running shoes; baropodometry; plantar pressures; Biofoot/IBV®; running running shoes; baropodometry; plantar pressures; Biofoot/IBV®; running
►▼ Show Figures 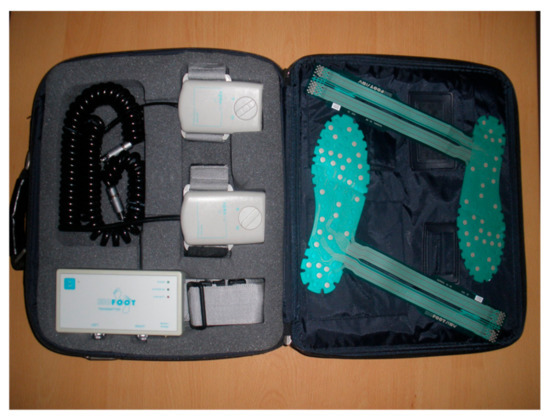