Assessing the Effects of Desertification Control Projects from the Farmers’ Perspective: A Case Study of Yanchi County, Northern China

Desertification has inflicted severe damage on the natural environment and social economy for decades, particularly in the arid and semi-arid regions of northern China. In Yanchi County, a series of projects were implemented to combat desertification after 2000. To assess the effects of these Desertification Control Projects from the farmers’ perspective, we divided Yanchi County into two regions (the northern and southern regions) according to their different environmental conditions. We collected data including basic family information, farmers’ perceptions and attitudes, and farmers’ suggestions, in a questionnaire investigation following the Participatory Rural Appraisal approach. Data analysis using the Mann–Whitney U test and Fisher’s exact test revealed that the Desertification Control Projects were generally successful, as the local environment and farmers’ incomes were both improved. Farmers were all satisfied with the effects of the projects, but the farmers in the southern region had a higher acceptance of the projects than those in the northern region. In addition, three problems with the Desertification Control Projects were noted: the farmers had a low degree of participation in the projects, the farmer’s low incomes affected the sustainability of the projects, and the implementation of the complete grazing ban had several adverse effects. We provided suggestions for solving these problems. Our findings have important implications for assessing the effects of environmental conservation projects, especially from a participant’s perspective. View Full-Text
Keywords: desertification control; project assessment; farmer participation; Grazing Prohibition Project; agro-pastoral ecotone; China desertification control; project assessment; farmer participation; Grazing Prohibition Project; agro-pastoral ecotone; China
►▼ Show Figures 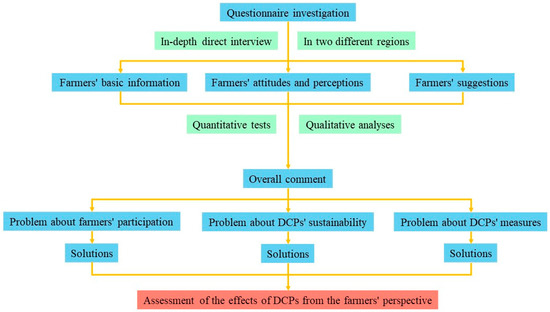