Impacts of Building Features on the Cooling Effect of Vegetation in Community-Based MicroClimate: Recognition, Measurement and Simulation from a Case Study of Beijing

Due to the accumulation of heat, the urban environment and human health are threatened. Land surface cover has effects on the thermal environment; nevertheless, the effects of land surface features and spatial patterns remain poorly known in a community-based microclimate. This study quantified and verified the impacts of normalized difference vegetation index (NDVI) on land surface temperature (LST) (K, the slope of the trend line of a linear regression between NDVI and LST) in different building density by using building outline and Landsat 8 satellite imagery. Comparing the cooling effect and distribution of vegetation showed that the vegetative cover had a cooling effect on LST, characterized by synchronous change, and building density had a significant impact on the cooling effect of vegetation. Through identification and simulation, it was found that the key factor is the wind speed between the buildings because, in different building densities, the wind speed was different, and studies had shown that when the building density was between 0.35 and 0.50, the wind speed between buildings was higher, resulting in a better cooling effect of vegetation. This conclusion has important reference significance for urban planning and mitigating the impact of the thermal environment on human health. View Full-Text
Keywords: remote sensing; urban thermal environment; land surface feature remote sensing; urban thermal environment; land surface feature
►▼ Show Figures 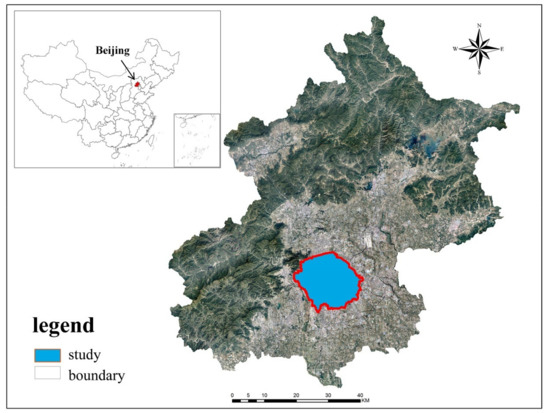