Association of Allelic Variants of the Reelin Gene with Autistic Spectrum Disorder: A Systematic Review and Meta-Analysis of Candidate Gene Association Studies
Next Article in Special Issue 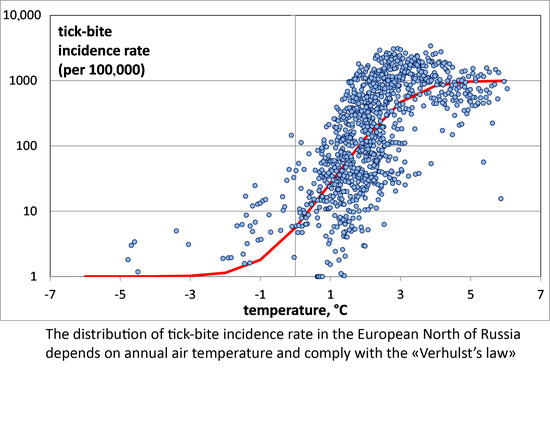 
Tronin A, Tokarevich N, Blinova O, Gnativ B, Buzinov R, Sokolova O, Evengard B, Pahomova T, Bubnova L, Safonova O. Study of the Relationship between the Average Annual Temperature of Atmospheric Air and the Number of Tick-Bitten Humans in the North of European Russia. International Journal of Environmental Research and Public Health. 2020; 17(21):8006. https://doi.org/10.3390/ijerph17218006