Therapeutic Nature Activities: A Step Toward the Labor Market for Traumatized Refugees
Previous Article in Journal

Prevalence, Determinants, and Effects of Food Insecurity among Middle Eastern and North African Migrants and Refugees in High-Income Countries: A Systematic Review 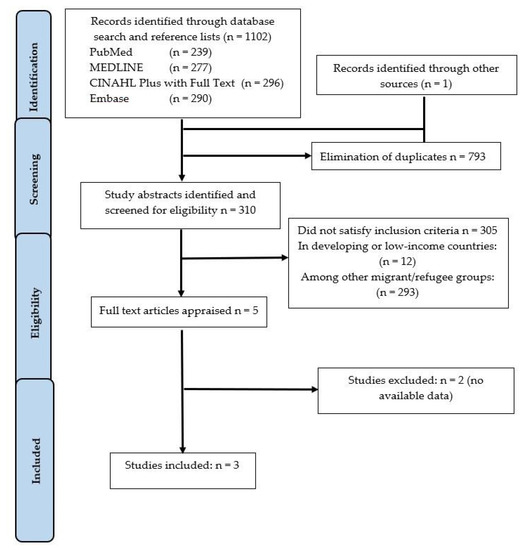