Aim: The aim of this study was to evaluate and compare two different techniques for the treatment of plaque-induced gingivitis, demonstrating whether the causal therapy supported by diode laser can allow a resolution of the edema caused by gingivitis in less time compared to the single traditional causal therapy. Materials and methods: Twenty-five patients between 20 and 60 years of age with a specific diagnosis of gingivitis were evaluated at the CLID-HSR oral hygiene department. Once the clinical parameters (bleeding index, plaque index, recession, and clinical attack level) were recorded, each of them was subjected to a professional oral hygiene session and instructed in correct home hygiene procedures. Through a split-mouth protocol for each individual patient, hemi-arches were treated by simple randomization to be treated with causal therapy supported by the action of the diode laser (experimental therapy) and which with traditional causal therapy (control therapy). A first intraoral scan was performed before therapy (T0), which was repeated 20 min after rinsing with CHX. The intraoral scans were repeated at a control 7 (T1) and 14 days (T2) after the session. For each intraoral scan, a volumetric value was calculated, proportional to the edema of the gingival tissues, using special digital software. The operator who carried out the volumetric measurements on the software was not aware of the therapy implemented on each half-arch. The operator who carried out the statistical analysis was not aware of the therapy applied to each group. The collected data were statistically compared in order to detect any differences between the volumetric variations between the two therapy groups and within the therapy groups over time. After evaluating the distribution of data by means of the Kolmogorov-Smirnov statistical test, the appropriate nonparametric tests were chosen to carry out the statistical comparisons. Results: Based on the analysis of the gingival-periodontal health parameters and the volumetric value of the treated areas, no statistically significant differences were detected between the areas treated with the adjuvant action of the diode laser compared to those treated with causal therapy alone. Conclusions: With the limitations of this study, in accordance with the statistical results obtained, diode laser therapy does not allow a faster resolution of gingival edema compared to traditional therapy; the two treatment techniques for plaque-induced gingivitis, therefore, have the same efficacy. View Full-Text
Keywords: plaque-induced gingivitis; gingivitis managing; periodontal disease; diode laser plaque-induced gingivitis; gingivitis managing; periodontal disease; diode laser
►▼ Show Figures 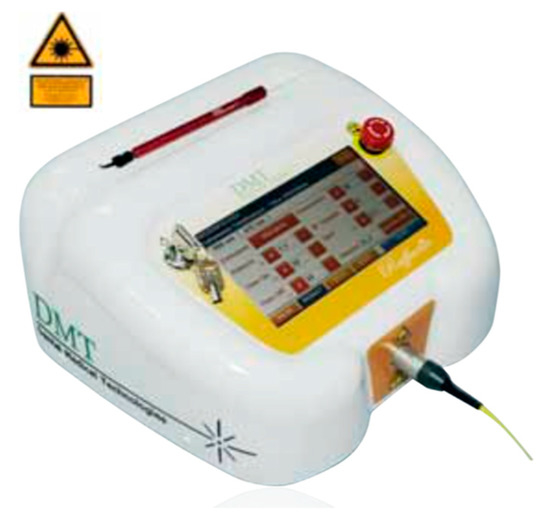 Polizzi, E.; Tetè, G.; Targa, C.; Salviato, B.; Ferrini, F.; Gastaldi, G. Evaluation of the Effectiveness of the Use of the Diode Laser in the Reduction of the Volume of the Edematous Gingival Tissue after Causal Therapy. Int. J. Environ. Res. Public Health 2020, 17, 6192.


Polizzi E, Tetè G, Targa C, Salviato B, Ferrini F, Gastaldi G. Evaluation of the Effectiveness of the Use of the Diode Laser in the Reduction of the Volume of the Edematous Gingival Tissue after Causal Therapy. International Journal of Environmental Research and Public Health. 2020; 17(17):6192.


Polizzi, Elisabetta; Tetè, Giulia; Targa, Claudia; Salviato, Barbara; Ferrini, Francesco; Gastaldi, Giorgio. 2020. "Evaluation of the Effectiveness of the Use of the Diode Laser in the Reduction of the Volume of the Edematous Gingival Tissue after Causal Therapy" Int. J. Environ. Res. Public Health 17, no. 17: 6192.