A Comparative Study of Participation in Physical Education Classes among 170,347 Adolescents from 54 Low-, Middle-, and High-Income Countries
Previous Article in Journal

Medication non-adherence is a concern in chronic disease management. Currently, there is no scale that characterizes sufficient non-adherent reasons for practical use in the Chinese population. This study developed and validated the Chinese version of the Medication Adherence Reasons Scale (ChMAR-Scale) and described non-adherence reasons in adult patients taking blood pressure medicine in Taiwan. A forward–backward procedure was used to translate the original MAR-Scale, and new items pertinent to cultural differences were added. Patients aged above 20 years old who were taking blood pressure medicine were recruited from a regional hospital and eight community pharmacies in the Taipei metropolitan area. Data analyses were conducted with IBM SPSS 19 (Armonk, NY, USA). Exploratory factor analysis revealed six domains, including belief, self-perception, forgetfulness, management, availability, and miscellaneous issues, with Cronbach’s alphas ranging from 0.649 to 0.852, item-total correlations ranging from 0.362 to 0.719, and factor loadings ranging from 0.365 to 0.775. Criterion-related validity with the visual analog scale and two global items were 0.525, 0.436, and 0.502. Forgetfulness, belief issues, and self-perception issues were the most common non-adherence reasons. In conclusion, the ChMAR-Scale showed good psychometric properties and identified more reasons for medication non-adherence than other existing scales. Healthcare providers should be vigilant of these problems while consulting patients.
Keywords: medication adherence; surveys and questionnaires; validation study; hypertension medication adherence; surveys and questionnaires; validation study; hypertension

A total of 621 patients were recruited and 574 questionnaires were returned, with an effective sample size of 538 (response rate 86.6%). A total of 64% of the questionnaires were collected in the hospital and 36% were collected in community pharmacies. A total of 36 questionnaires were excluded because respondents did not meet the inclusion criteria for the study for the following reasons: (1) patients not diagnosed with high blood pressure or (2) patients not taking blood pressure medicine. Over half of our respondents were male (55.4%) and less than 65 years old (53.2%) (Table 1). Participants with less than high school education accounted for a significant proportion (40.3%). Over half of participants (50.3%) had taken blood pressure medicine for more than six years; most of them took the blood pressure medicine once a day (72.8%) and one or less pill (59.6%). Based on the ChMAR-Scale, 61.7% of the respondents were non-adherent with their blood pressure medicine. Overall, 67.5% of the participants had BP under control. In the adherence group, 74.9% had the BP under control, which was significantly higher than the non-adherence group (Table 2).

The Kaiser criterion suggested six factors to be retained in the ChMAR-Scale, and the total variance explained by the factors was 56%. The first factor reflected the concern or belief about social or personal issues that hindered adherence and was named “belief issues”. The second factor was named “self-perception issues” and reflected the idea of controlling their condition based on their physical condition and how they felt. The third extracted factor dealt with non-adherence due to several “forgetfulness” issues. The fourth factor reflected the issue of “managing issues”. “Availability issues” was the fifth extracted factor, reflecting the issue of difficulty in obtaining prescribed medicine in the pharmacy. The last three items about Chinese medicine, folk therapy, and cost issue were named “miscellaneous”, constituting the sixth factor. The factor loading for each item was above acceptable levels and ranged from 0.365 to 0.775 (Table 4).

The six domains had acceptable Cronbach’s alpha values ranging from 0.649 to 0.852, all above the acceptable value of 0.6. The item-total correlation ranged from 0.362 to 0.719 and demonstrated good reliability. Item analysis suggested dropping items Q11, Q21, and Q24; however, the three items were all retained because of conceptual importance.

The ChMAR-Scale was translated from the MAR-Scale and modified based on cultural and healthcare system differences, and its criterion-related validity, construct validity, and reliability each showed acceptable to good psychometric properties. Moreover, the ChMAR-Scale identified more patients with non-adherence than other global items in this study, signifying the value of the new scale in identifying patients needing further attention for medication adherence issues.
Compared to previous validated adherence scales in Chinese, the 24-item ChMAR-Scale provides a comprehensive framework addressing more belief, perception, and management as well as availability issues in medication-taking behaviors. As such, the ChMAR-Scale can serve as a screening tool prior to appointments with healthcare providers, which can not only prepare the patient to ask more questions about their medications but also allow the healthcare provider to examine whether there are areas for improvement in terms of the complexity of treatment and social support needed. This is especially important in the Chinese community because of the large patient volume typically seen in hospitals, leading to limited time per visit as well as patients’ tendency to be conservative and avoid conflicts in communications based on cultural roots [29].
In addition to serving as a screening tool for healthcare providers, the ChMAR-Scale has the potential to be used as a follow-up and research tool for evaluating the long-term effectiveness of counseling interventions aimed at improving medication adherence. Given that many personal and healthcare system barriers addressed in the ChMAR-Scale are not easy to address in a single visit, the tool can be helpful in developing a long-term plan for improving medication adherence. Future studies could not only examine the sensitivity of the ChMAR-Scale in capturing intervention effectiveness but also examine how healthcare providers can better prioritize how to address different reasons for non-adherence.
The ChMAR-Scale showed psychometric properties similar to the original MAR-Scale, with good factor loadings, item-total correlations, and acceptable Cronbach’s alphas. A major difference is that the ChMAR-Scale identified six domains whereas the original MAR-Scale only had four domains. While belief issues, forgetfulness, and managing issues in the ChMAR-Scale directly correspond to existing domains in the original scale, the ChMAR-Scale highlighted factors regarding self-perception issues, availability, and miscellaneous issues. This finding is reasonable due to two reasons: firstly, there were purposive efforts to culturally adapt the instrument based on differences in healthcare systems and cultural needs in this study, and the findings support the need for the additional items. Secondly, the number of factors contributing to non-adherence may be different across disease states. For example, in this study, blood pressure is a visible outcome for patients to self-manage at home; however, in the validation of the original MAR-Scale, patients used cholesterol lowering and asthma medication as preventive treatments, which are more intangible. Therefore, self-perceptions might have stronger influences on medication adherence in patients with high blood pressure.
Based on the characteristics of non-adherence behaviors in this sample, the most common reasons were forgetfulness, concerns about side effects or long-term effects, and self-adjustment of medications according to BP, physical condition, or to check whether it was still needed. In the US, forgetfulness issues, patients’ concerns about side effects or long-term effects, and cost concerns were also common non-adherence reasons [30]. One explanation of the differences in cost concern, which is a less important reason for non-adherence in Taiwan, is likely due to most blood pressure medications being covered by National Health Insurance.
Except for the cost issue, few people stop their blood pressure medications to switch to alternative therapy. The reason may be the low responses of non-adherence due to our sampling methods. People who visit the hospital or pharmacy may be less likely to seek non-traditional therapy. Another reason is that people may view non-traditional therapy as interfering with blood pressure medications.
There were limitations in this study. Firstly, data were only collected at one hospital and eight pharmacies in the Taipei metropolitan area, thus limiting the generalizability. Secondly, recall bias, which means recalling information more or less compared to actual situations, might occur as many respondents were not familiar with their medications. Thirdly, social desirability bias, which means the respondent reports favorable answers to researchers, might have influenced the self-reported results to be different from reality. Fourthly, blood pressure values of the most recent measurement were based on self-report and underestimation of blood pressure control is likely. Nevertheless, participants were encouraged to use hospital or pharmacy devices whenever possible. Finally, while we showed reliability in terms of internal consistency measures; we were unable to conduct test-retest reliability due to practical issues in recruitment.

The new ChMAR-Scale identified more comprehensive reasons for non-adherence and showed good validity and acceptable to good reliability. It can be incorporated into practice settings for screening and follow-up purposes to facilitate communications between healthcare providers and patients. This study also identified forgetfulness, belief issues, and self-perception issues as common reasons for non-adherence and can be informative for healthcare providers while consulting patients. Future studies could further examine the scale in different disease conditions among variable populations and settings and test the sensitivity of the scale to interventions by healthcare providers.

This article was developed from the master’s thesis of P.F.C. from Taipei Medical University. We thank Meng-Jung Wen, Jo-Hsin Chen, Chi-Lien Hsiao, You-Mei Lin, Lucy Lin, Chung-Hsuen Wu, Li-Hsuan Wang, Yu Ko, Ruby Tseng, and Hsiang-Wen Lin for providing help in the development of the ChMAR-Scale, recruitment, and providing feedback on the manuscript. We also thank the pharmacists who helped to distribute the questionnaires and the respondents who participated in the study. 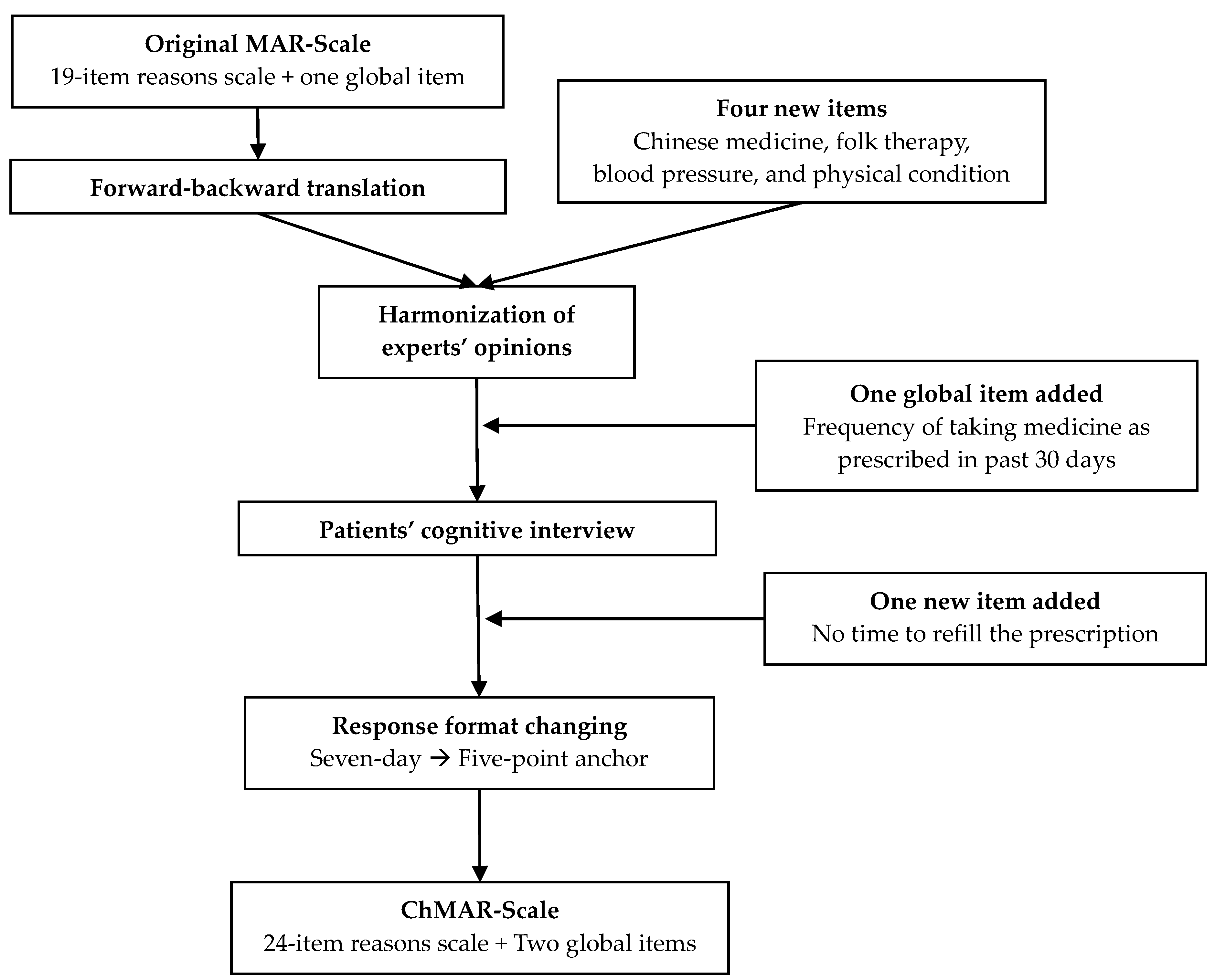 Table 4. Psychometric properties of the ChMAR-Scale 1.
Table 4. Psychometric properties of the ChMAR-Scale 1.
1 Additional items added into the ChMAR-Scale that were not in the original MAR-Scale. 2 Items with responses of N = 537. 3 Items with responses of N = 536.
© 2020 by the authors. Licensee MDPI, Basel, Switzerland. This article is an open access article distributed under the terms and conditions of the Creative Commons Attribution (CC BY) license (http://creativecommons.org/licenses/by/4.0/).
We use cookies on our website to ensure you get the best experience. Read more about our cookies here.
Accept
We have just recently launched a new version of our website. Help us to further improve by taking part in this short 5 minute survey here. here.
Never show this again