Physical Activity of Children with Physical Disabilities: Associations with Environmental and Behavioral Variables at Home and School
Previous Article in Journal

Are Daycare Workers at a Higher Risk of Parvovirus B19 Infection? A Systematic Review and Meta-Analysis 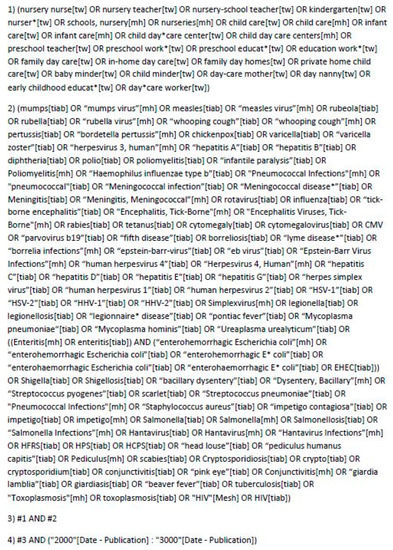