Investigating the Effects of Time and Temperature on the Growth of Escherichia coli O157:H7 and Listeria monocytogenes in Raw Cow’s Milk Based on Simulated Consumer Food Handling Practices
Next Article in Special Issue

On the Design of Hyperstable Feedback Controllers for a Class of Parameterized Nonlinearities. Two Application Examples for Controlling Epidemic Models
Previous Article in Special Issue

From Plant to Waste: The Long and Diverse Impact Chain Caused by Tobacco Smoking

Maria Christina B. Araújo
1,* and

Smoking is a social phenomenon of global scope. The impacts start from the cultivation of the plant to the disposal of cigarette butts in the most diverse places. These aspects go beyond economic and public health issues, also affecting natural environments and their biota in a serious and indistinct way. Of the six trillion cigarettes consumed globally each year, four and a half trillion are disposed somewhere in the environment. Cigarette butts are predominantly plastic, non-biodegradable waste, prevalent in coastal environments in various parts of the world, and with high potential for generating impacts on a wide range of socioeconomic and environmental aspects. Among the 5000 compounds found in a cigarette, those with higher toxic potential are mainly concentrated in the filter and in tobacco remnants, which are items found in discarded cigarette butts. After surveying published studies on this topic, the present study addressed the interaction between the impacts related to tobacco smoking, highlighting the problem as an important and emerging issue that demands joint efforts, and actions especially focused on the reduction of environmental impacts, an aspect that has not yet been assessed. View Full-Text
Keywords: plastic pollution; cigarette butts; environmental impacts; tobacco smoking plastic pollution; cigarette butts; environmental impacts; tobacco smoking
►▼ Show Figures 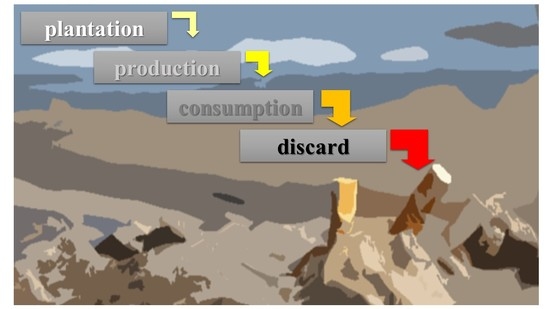