The study areas (73° E–136° E, 31° N–54° N, Figure 1) consist of 13 provinces, municipalities and autonomous regions of northern China, including Heilongjiang, Jilin, Liaoning, Inner Mongolia, Beijing, Tianjin, Hebei, Shanxi, Shaanxi, Ningxia, Gansu, Qinghai and Xinjiang. The total area is approximately 5.3 × 106 km2, accounting for approximately 56% of the national land area. The population is 3.8 × 108 (in 2016), accounting for approximately 27% of the national total population.
Most areas of northern China are dry lands [29]. The annual precipitation transitions from 427.5 mm in the southeast to 11.7 mm in the northwest portion of northern China [30]. An area of 4.13 × 106 km2 is distributed in hyper-arid, arid, and semi-arid regions, accounting for 77.98% of the total northern China land area (Figure 1). Therefore, precipitation has a significant impact on vegetation coverage in this region [30]. With less precipitation and strong wind forces, the ecological environment in northern China is fragile and is susceptible to the occurrence of land degradation due to human impact [29]. For example, it is estimated that 90% of China’s grasslands, which are mainly distributed in northern China, are now considered degraded [31]. Hence, the fragile ecosystems in the study area are prone to land degradation [10].

The global vegetation data set GIMMS NDVI 3g (downloaded from the ECOCAST website, http://ecocast.arc.nasa.gov) was applied. Its spatial resolution is 8 km × 8 km, and its temporal resolution is 15 days. Although there are many higher spatial resolution NDVI products, such as SPOT (1 km), MERIS (1 km) and MODIS (500 m), GIMMS NDVI 3g continues to be the most popular record due to the unparalleled time span [20]. It is frequently used for the evaluation of long-term change in the vegetation productivity of global and regional land [34]. In the present study, the time series of GIMMS NDVI 3g was July 1981–December 2013, with a duration of 33 years, of which the NDVImax of the data from the growing seasons (April–October) during 1982–2012 were selected as data for analysis.
The precipitation data of 2472 ground stations were obtained from the China meteorological data sharing service network (http://data.cma.cn/). Spatial interpolation was made by means of a thin disk spline method of ANUSPLIN software, thereby generating a 0.5° × 0.5° lattice data set of monthly ground precipitation in China during 1982–2012.

3.1. Precipitation Change Trend of Northern China in the Past 3 Decades

3.2. Estimated Result of NDVIpot and Detection in Northern China

Table 2 shows the most suitable linear regression model between NDVImax and optimal cumulative precipitation in each year. The result shows that NDVImax had a statistically significant relationship with the optimal cumulative precipitation of every year. According to the comparison between the observed NDVI of northern China and the simulated NDVIpot based on the most suitable linear regression model, the root mean square error (RMSE) was lower overall (Appendix A Figure A1, Table A1). The quantity of pixels less than 0.25 of short-term, medium-term and long-term RMSE was the highest, accounting for 81.5%, 81.4% and 80.8% of all pixels, respectively. The pixels more than 0.5 of RMSE were sporadically distributed in Xinjiang and accounted for no more than 0.4%, indicating that the prediction model of NDVImax constructed based on the optimal cumulative precipitation of every year had high precision, suitable for the prediction of NDVIpot in northern China.

3.3. Human-Induced Land Degradation Pattern of Northern China in the Past Three Decades

Despite the diversity of NDVI data sources, GIMMS NDVI 3g is the only global vegetation dataset that covers the study period [20]. Therefore, the spatial resolution in this study was determined primarily by the GIMMS NDVI 3g dataset. However, northern China includes diverse vegetation types distributed along temperature and precipitation gradients [30]. Furthermore, some desert and desertified ecosystems in northern China may contain sparse vegetation [10]. In addition, in deserts or heavily degraded areas, it is still possible to have patches of dense vegetation. Consequently, the NDVI that we used in this study may not show any vegetation signal for dense vegetation patches of 2 km × 2 km surrounded by bare sand in its coarse resolution. In other words, the low-resolution NDVI may not be able to accurately reveal the actual distribution characteristics of vegetation and may lead to errors in the results. It should also be noted that although using finer-resolution data may improve the accuracy of the analysis and provide more explanatory power, it may also result in noise overwhelming signals [23]. Therefore, future studies are needed to explore the ‘‘optical’’ pixel or patch size in the application of the RESTREND analysis [23].

Y.Y. conceived of and designed the research. W.Z. performed the data processing. W.Z. and Y.Y. wrote the paper. Y.S. put forward many constructive suggestions. All authors read and approved the final manuscript. 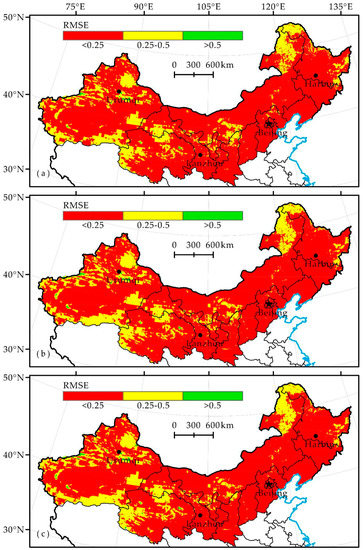 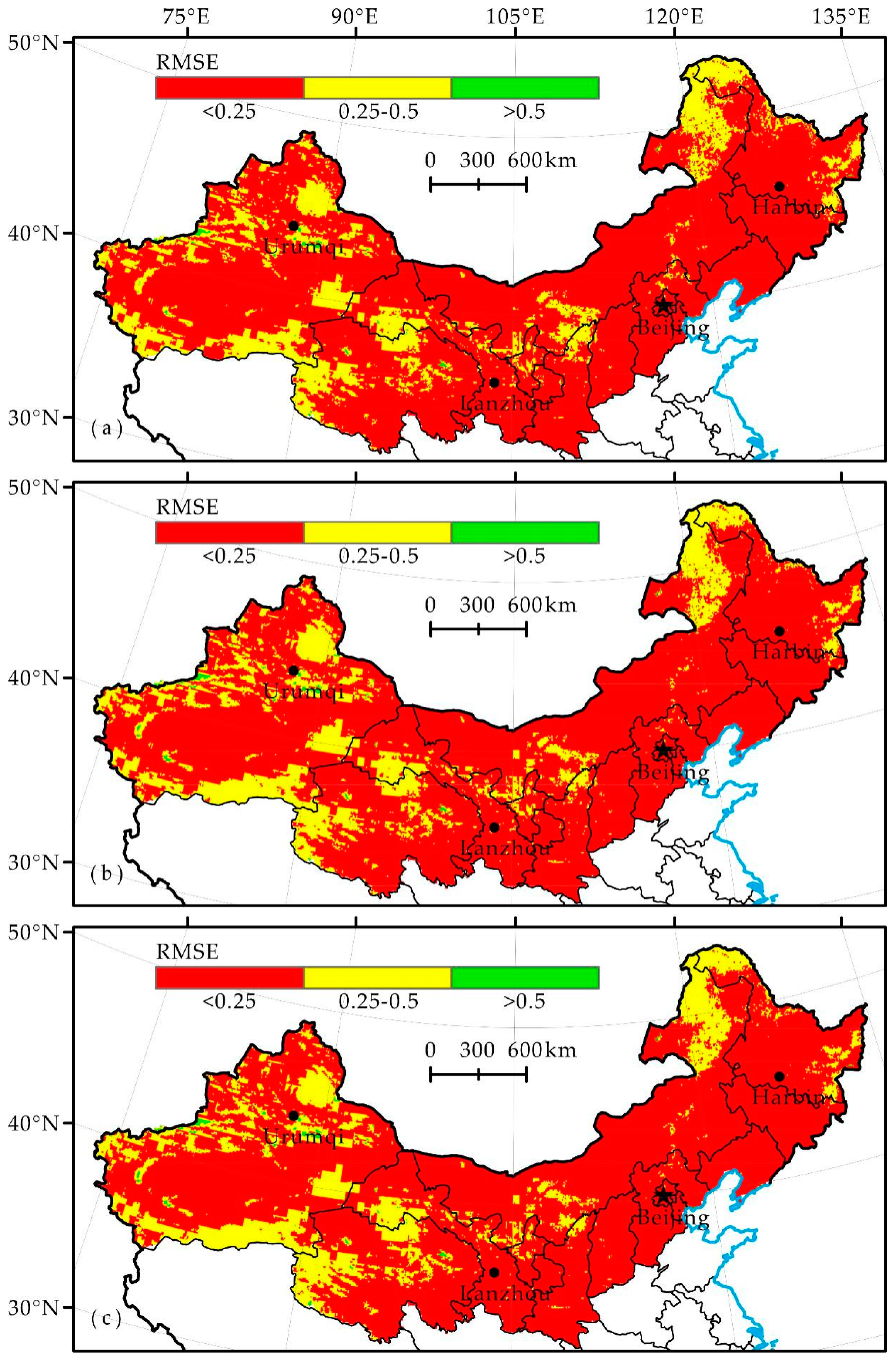 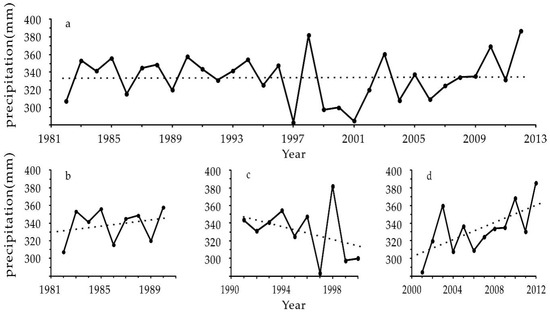 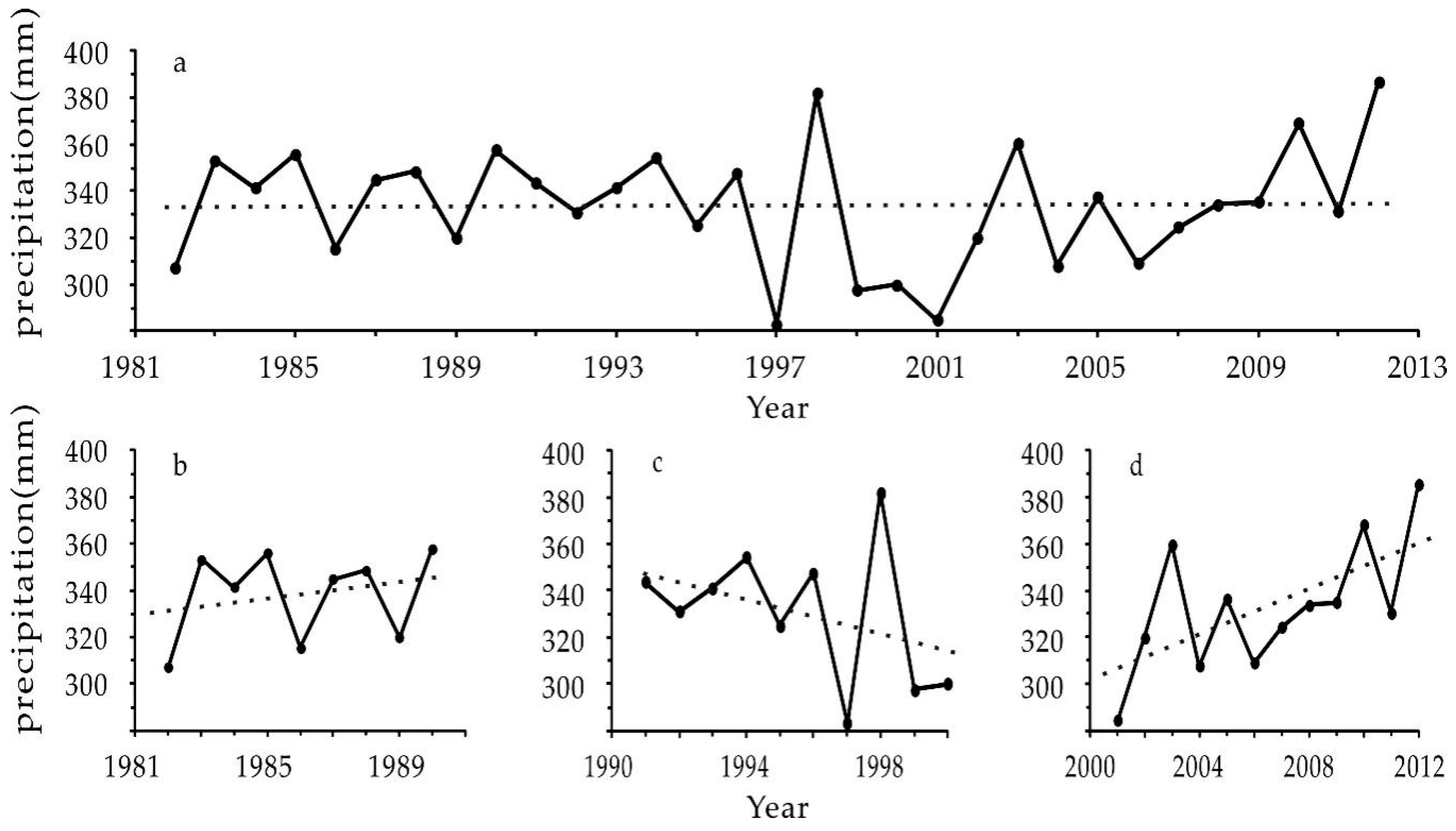 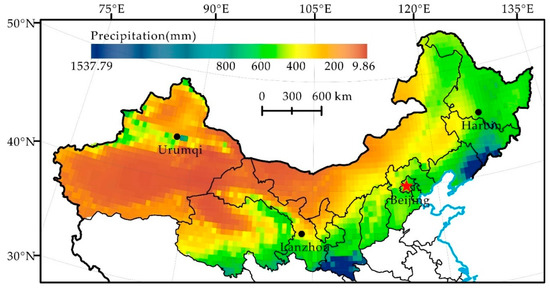 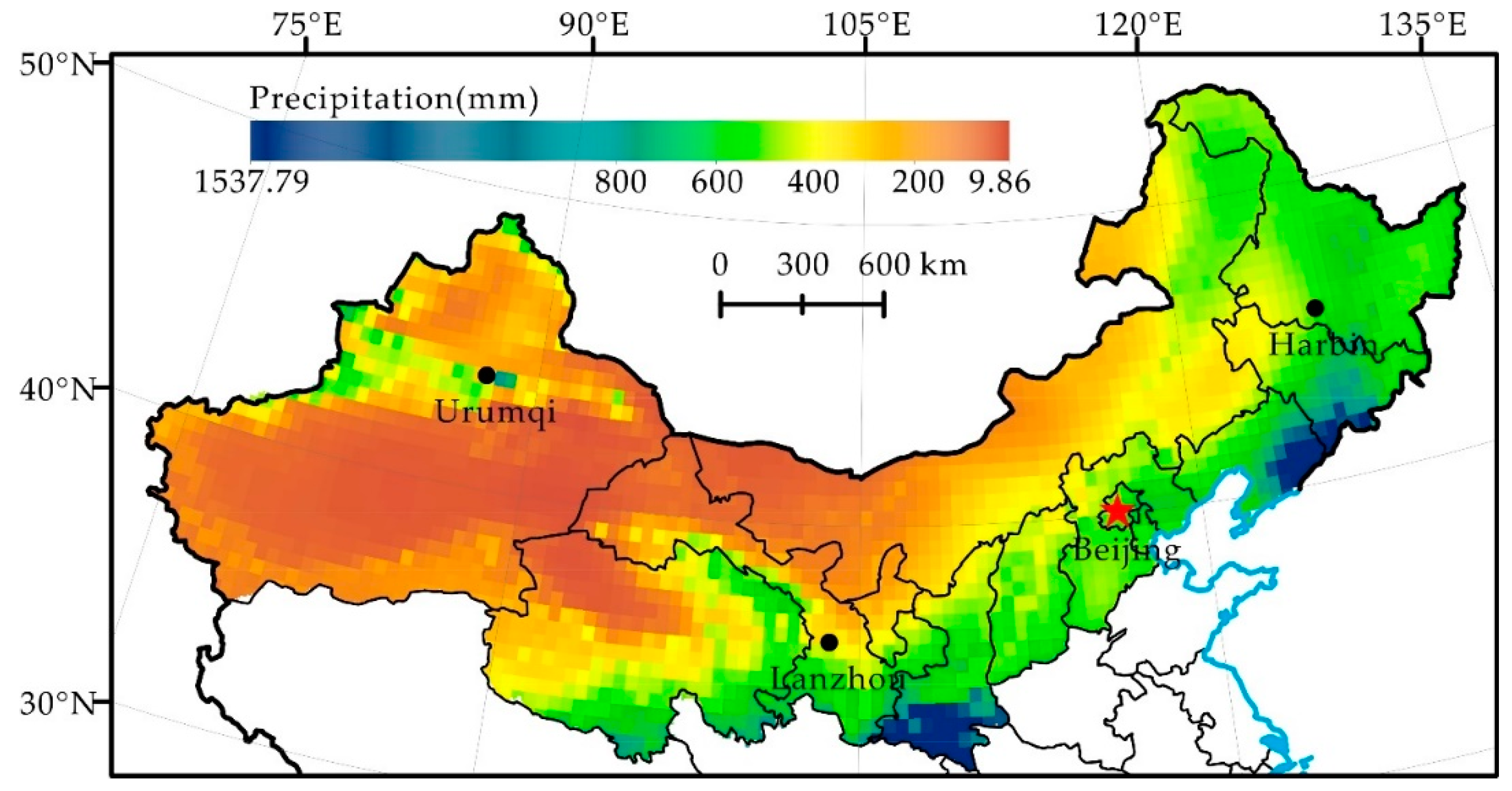 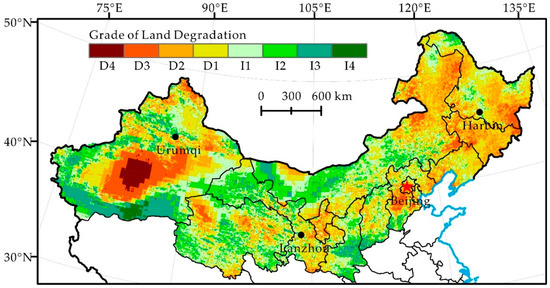 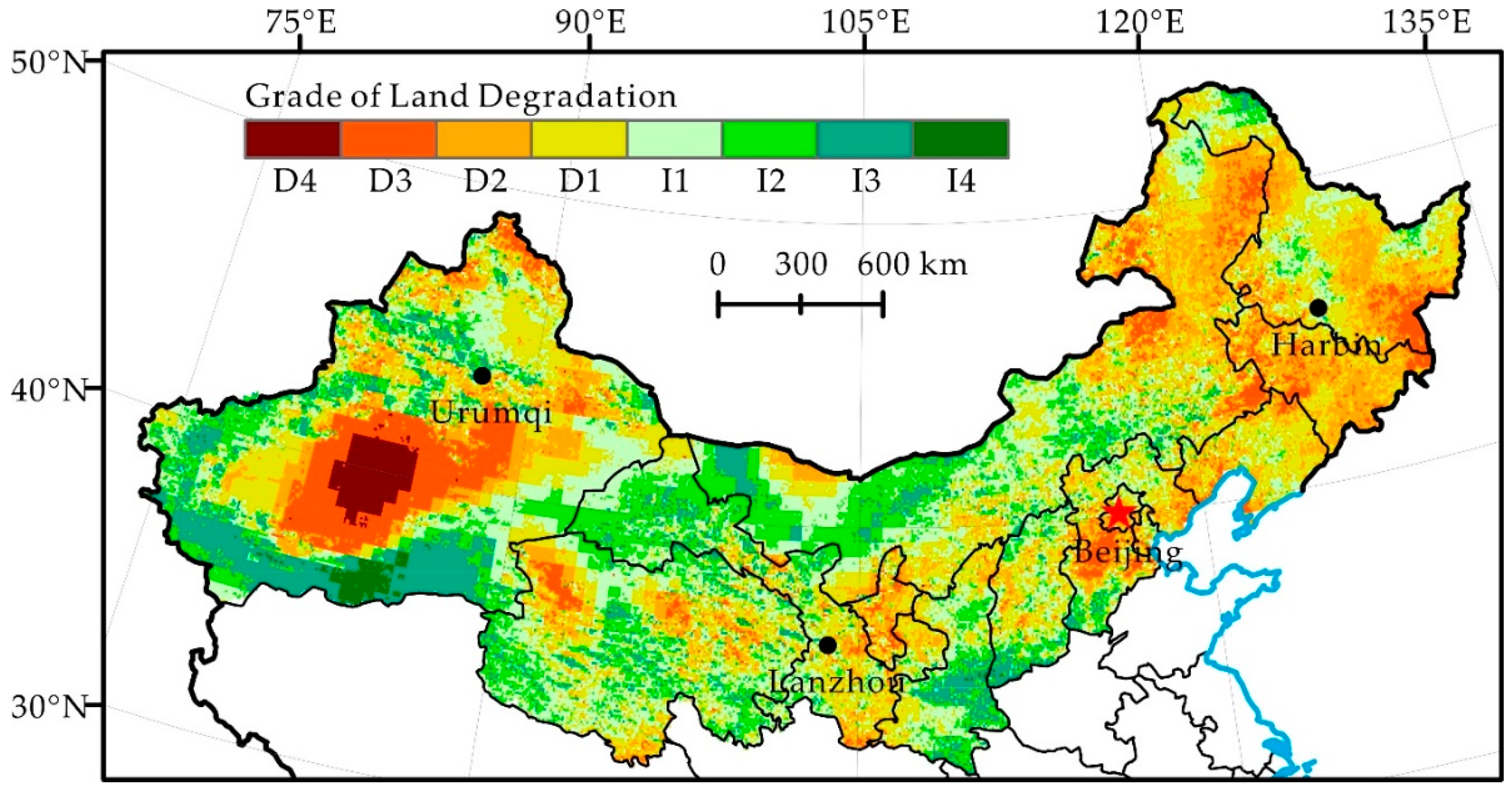 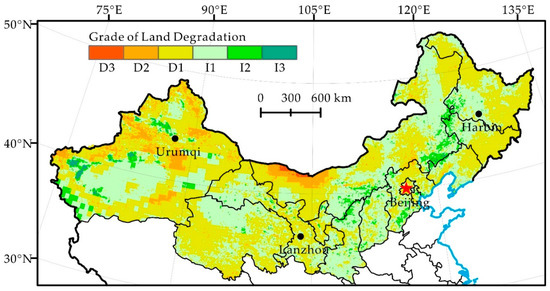 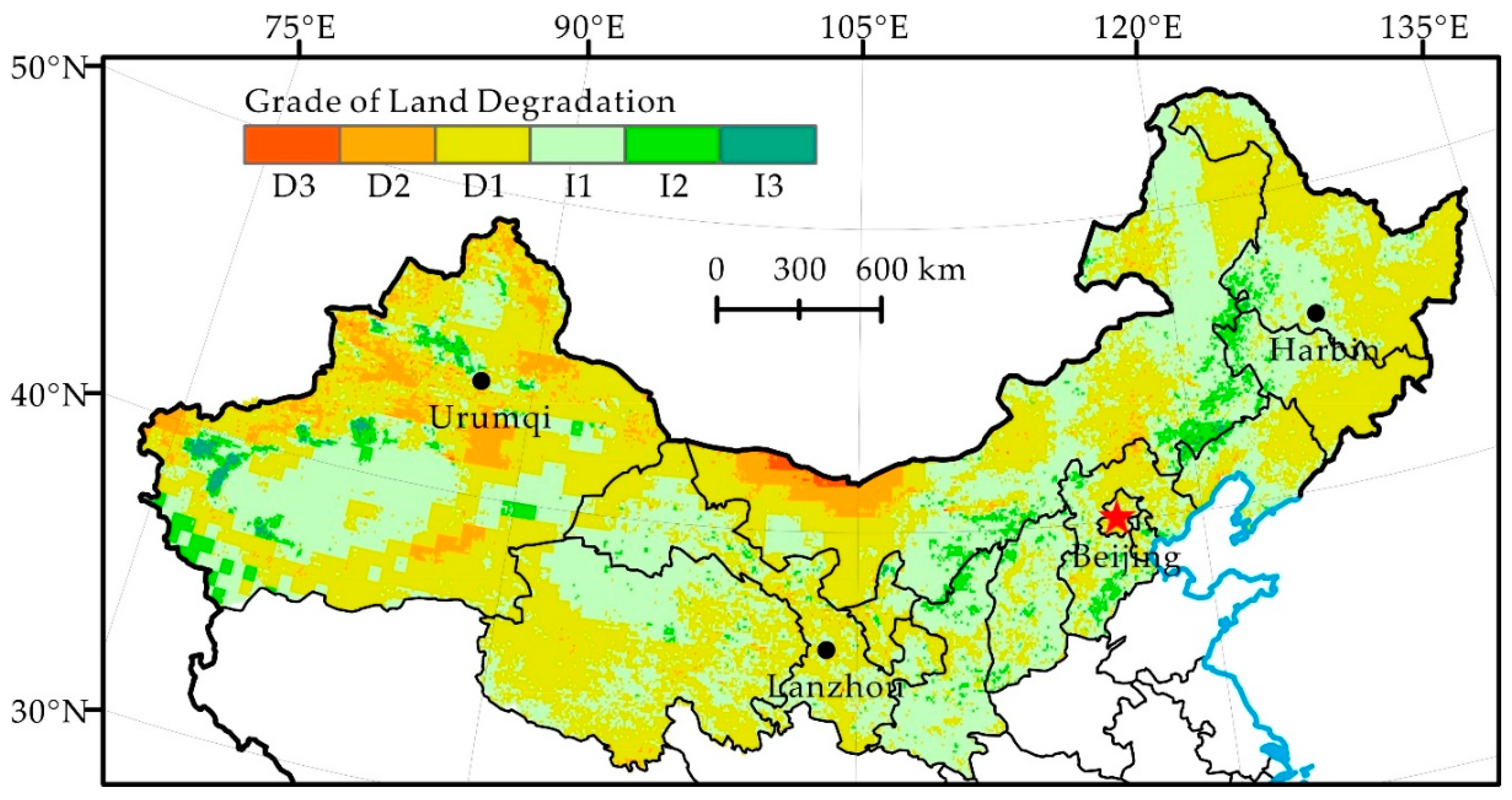 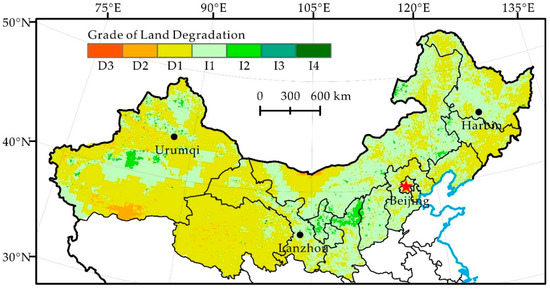 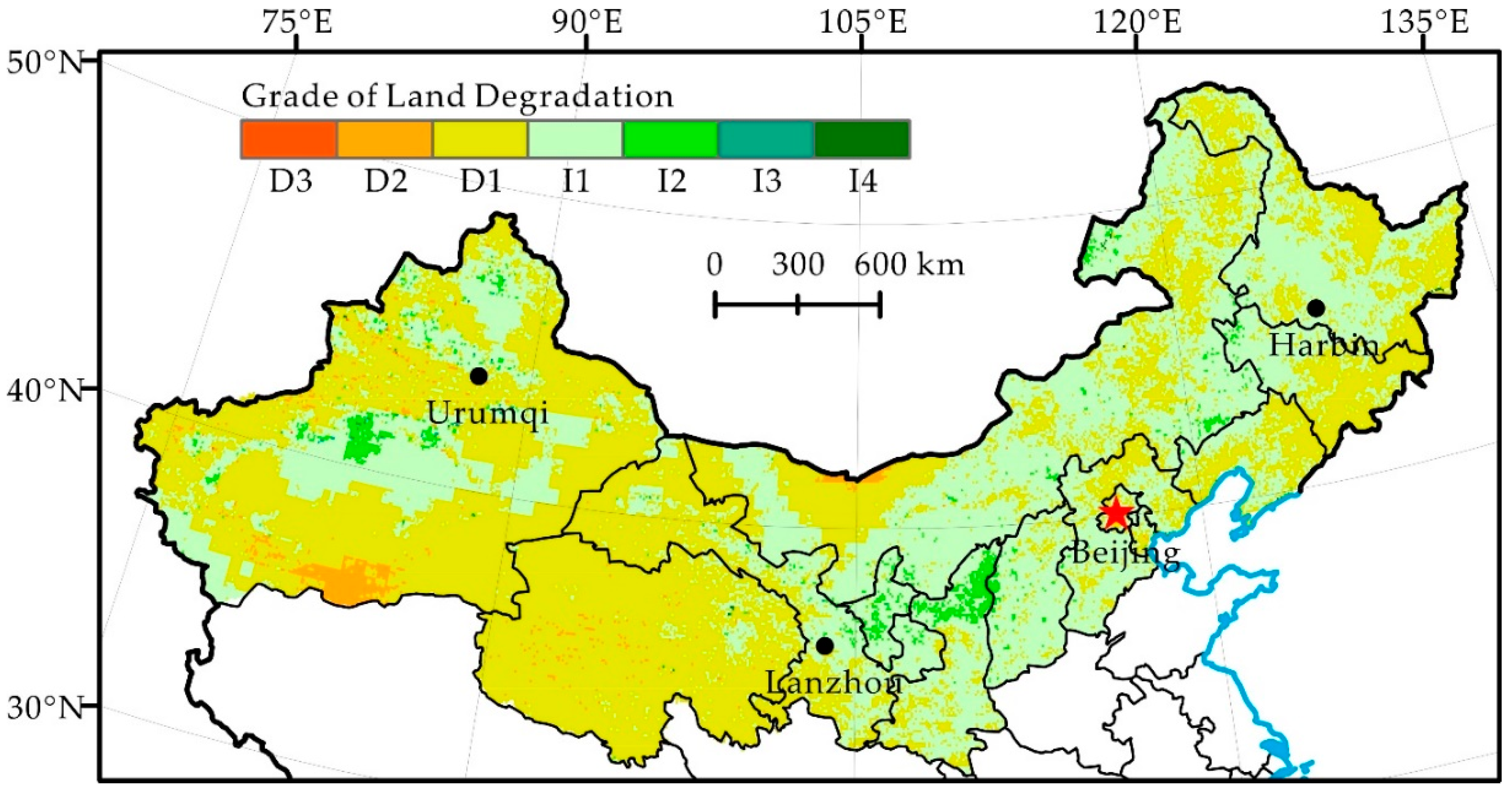 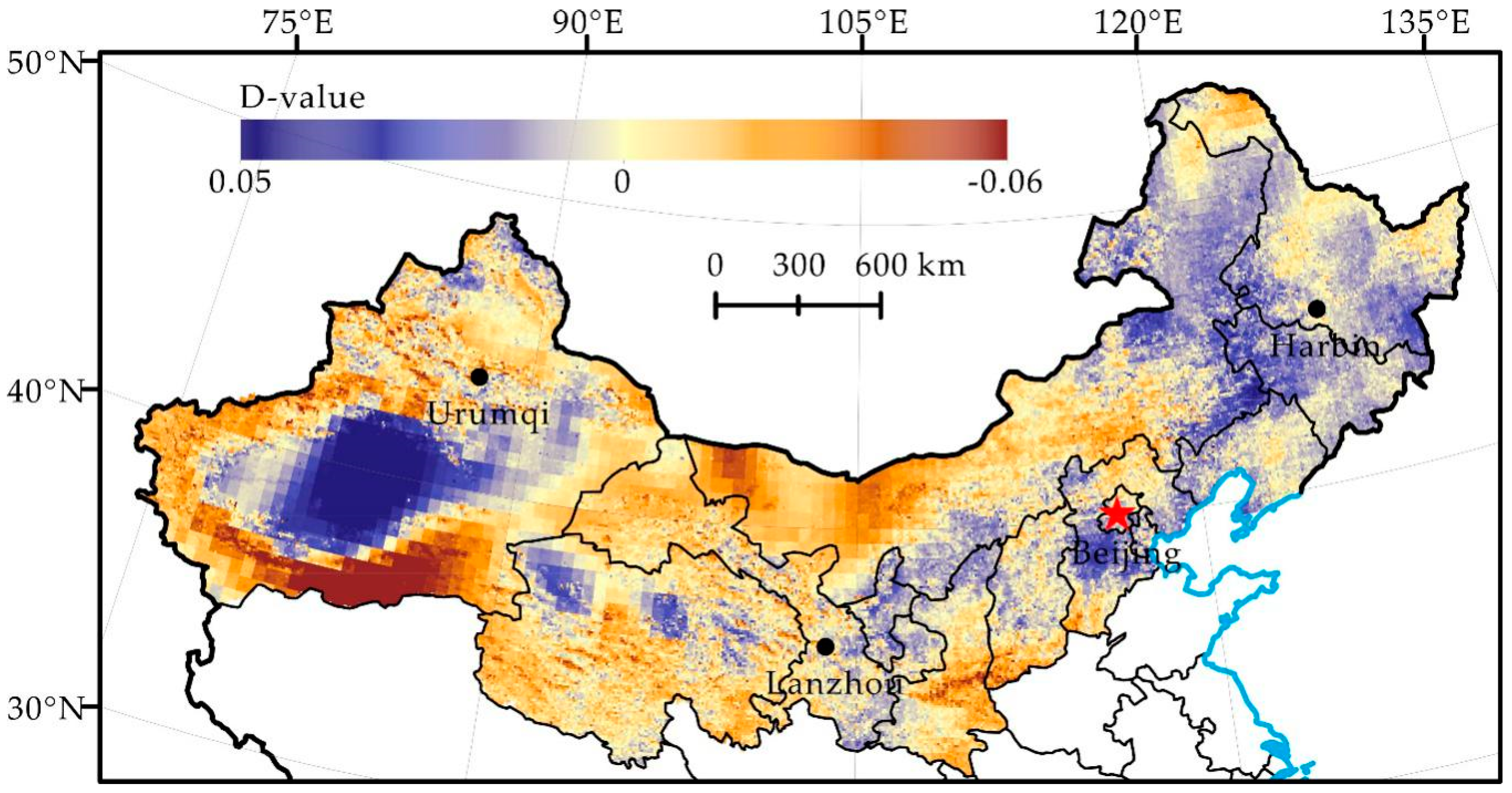 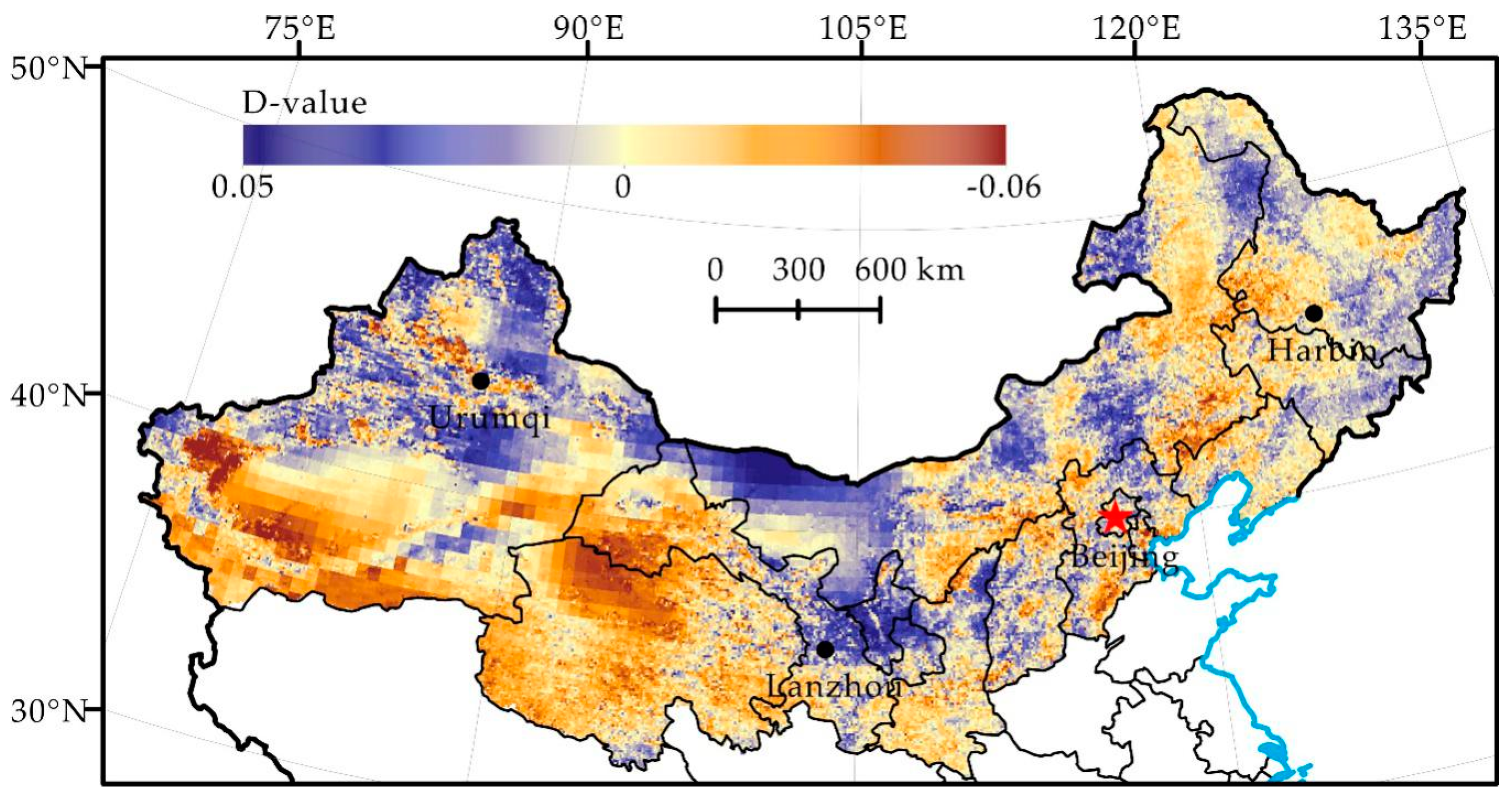 Table 3. Residual Trend Grade Distribution during 1982–1990, 1982–2000 and 1982–2012.
Table 3. Residual Trend Grade Distribution during 1982–1990, 1982–2000 and 1982–2012.
© 2019 by the authors. Licensee MDPI, Basel, Switzerland. This article is an open access article distributed under the terms and conditions of the Creative Commons Attribution (CC BY) license (http://creativecommons.org/licenses/by/4.0/).
We use cookies on our website to ensure you get the best experience. Read more about our cookies here.
Accept
We have just recently launched a new version of our website. Help us to further improve by taking part in this short 5 minute survey here. here.
Never show this again