3.1. Identification of Antimicrobials to Which Pathogens Show Most Resistance in States PA, MD, NY, NM, MN, and CA

In order to identify the genes that are most involved in antimicrobial resistance in each of the six states, the data matrix was organized in such a way that each row represents one gene, while each column corresponds to an antimicrobial. As in Section 3.1, the data for PA were used as an example to illustrate the results obtained for a single state. The projection of the genes onto the PC1–PC2 space was shown in Figure 4A, while the hierarchical clustering of the genes was shown in Figure 4B. Genes aadA, aph(3’’), aph(3’’)-Ib, aph(6)-I, aph(6)-Id, bla, blaCMY, sul2, tet, and tet(A) stand out from other genes as they are involved in resistance to a larger spectrum of antimicrobials than other genes. These genes are located separately in a single branch in Figure 4B.
Antimicrobial resistance is typically caused by a group of synergistic genes. The group of genes that stand out from others in the hierarchical clustering diagram (Figure 4B) provides a potential set of synergistic genes that cause resistance to various antimicrobials in PA. A similar approach was applied to the data for the other five states, and the corresponding groups of genes were shown in Table S1 in the Supplementary Data section. The metabolic functions of these genes are listed in Table S2 in the Supplementary Data section: seven of them are involved in aminoglycoside resistance (including aadA, aph(3′), aph(3’)-Ia, aph(3”), aph(3”)-Ib, aph(6)-I, and aph(6)-Id); five of them are beta-lactamases (including bla, blaCMY, blaCMY-2, blaTEM, and blaTEM-1); three of them are tetracycline-resistance proteins (including tet, tet(A), and tet(B)); and others are related to fosfomycin resistance (fos and fos(A)), efflux pump membrane transport (oqxB), and sulfate transmembrane transport (sul2). It is interesting to see that certain antimicrobial-resistance genes are shared among all six states (shown in Table 2). Among the six states, PA and NY have the same common antimicrobial-resistance genes, along with being very similar to MD, another nearby state. CA and MN notably lack sul2, NM is the only one to lack tet, and CA is the only one to lack blaCMY.

Antimicrobial-resistance may be caused by the overuse of antimicrobials which drives the evolution of resistance [23]. This is also implied by the most commonly resisted antimicrobials that were identified in our results (i.e., ampicillin, streptomycin, gentamicin, kanamycin, cefoxitin, sulfisoxazole, tetracycline, and ciprofloxacin in Table 1) [24]. For example, the overuse of gentamicin triggers the resistance of Enterococci, which are isolated from pork in Michigan and chicken from Oregon [25]. While overuse of antimicrobials was found to be related to antimicrobial resistance, the use of antimicrobials in US food animal production has not been documented. There are no data indicating the dosages, duration, conditions, and locations for which antimicrobials are being used to raise different animals. The sales data of antimicrobials are typically used to indicate the trends in antimicrobial consumption in food animal production. Approximately 21.4 million pounds of medically important antimicrobials were sold for use in animal agriculture in 2015, a 26 percent total increase over 2009 sales [26]. The upward trend of sales of antimicrobials in animal agriculture correlates with increased antimicrobial resistance.
Our results indicate that chicken and turkey are the two major meats that carry antimicrobial-resistance genes. These results are consistent with the foodborne pathogen infection diseases reported in the US. For example, Consumer Reports tests of chicken in both 2006 and 2010 revealed widespread presence of antimicrobial-resistant pathogens in retail poultry products. More than two-thirds of chicken samples were contaminated with Salmonella and/or Campylobacter, and more than 60 percent of those bacteria were resistant to one or more antibiotics [27]. In 2011, ground turkey was linked to 136 illnesses and one death, all caused by a strain of Salmonella that was resistant to four different antimicrobials: ampicillin, streptomycin, tetracycline, and gentamicin. Some 36 million pounds of ground turkey were recalled [28]. The antimicrobial resistance found in chicken and turkey was associated with the overuse of antimicrobials in their production. For example, the FDA’s rough estimate, using 1999 data, is that use of fluoroquinolones in chickens resulted in over 11,000 people that year contracting a strain of the campylobacter illness that was resistant to fluoroquinolones, and which contributed to an unnecessarily severe disease [29].

4.2. The Impact of Geographic Location on the Distribution of Antimicrobial-Resistance Genes

The following are available online at https://www.mdpi.com/1660-4601/16/10/1811/s1, Table S1. Genes with most resistance to antimicrobials and hierarchical clustering, Table S2. Metabolic functions of the most common antimicrobial-resistance genes. 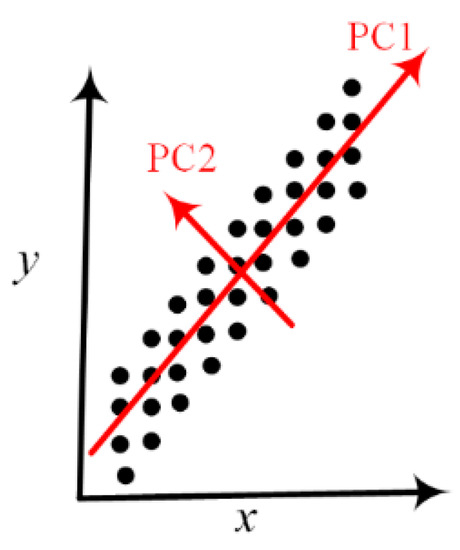 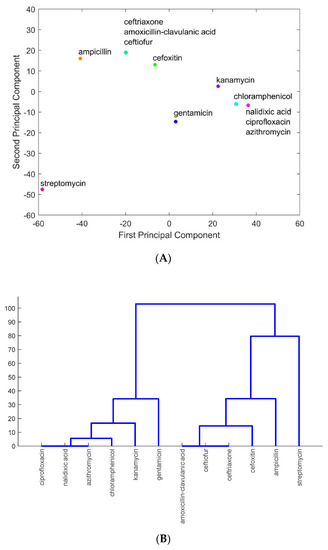 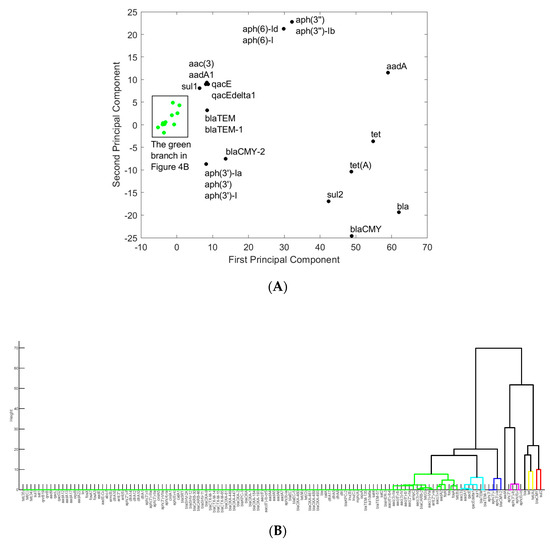 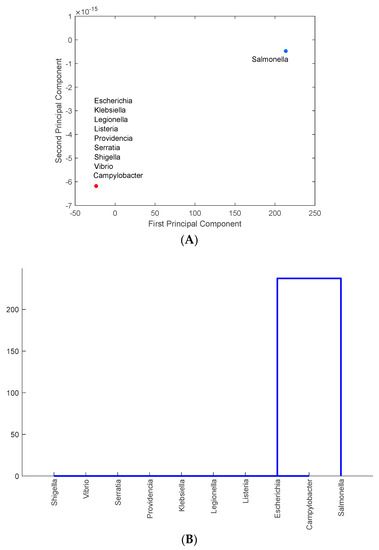 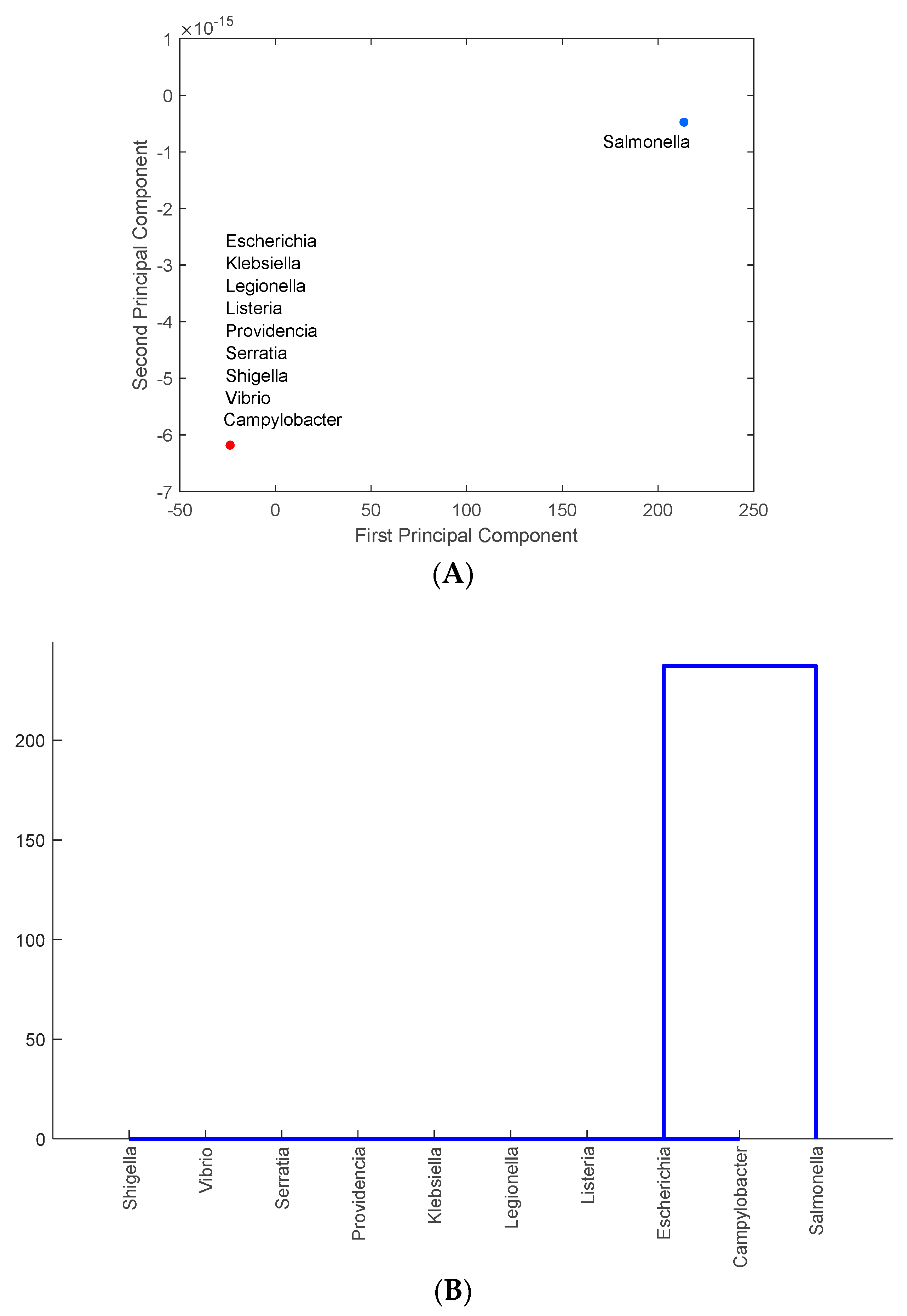 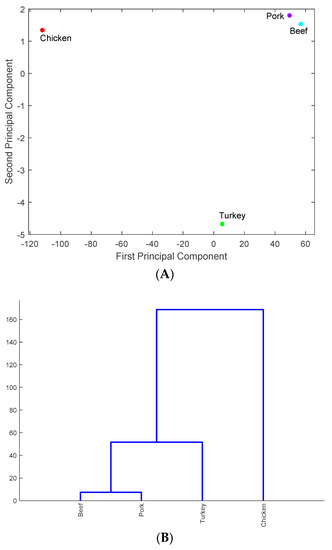 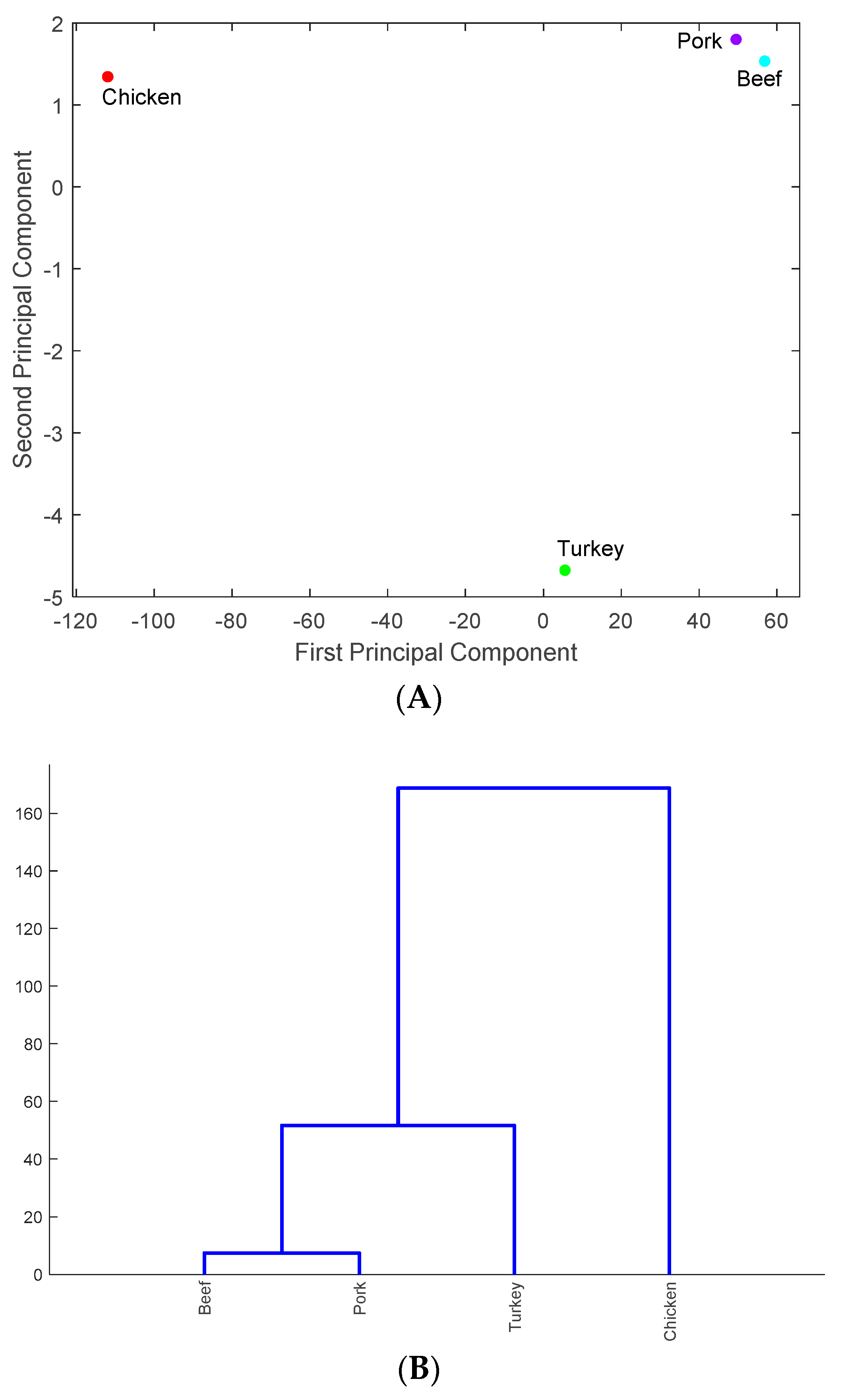