The Cost of Inadequate Sleep among On-Call Workers in Australia: A Workplace Perspective

Fifteen healthy volunteers (mean age ± SD, 20 ± 3.4 years; range, 18–25 years; seven males) were recruited to participate in the experiment and complete the study. Eligibility for the study was assessed via a telephone and in-person interview, self-reported medical history, and a package of self-rating questionnaires. The inclusive criteria were: (1) categorized as moderately evening type, neutral type, or moderately morning type (scored 31 to 69) by the Chinese version of the Morningness-Eveningness Questionnaire (MEQ) [38]; (2) good sleeper as indicated by the score (<5) on the Chinese version of the Pittsburgh Sleep Quality Index (PSQI) [39]; (3) no indication of emotional disturbance as measured by the Chinese versions of the Beck Depression Inventory-II (BDI-II) [40], and the Chinese version of the Beck Anxiety Inventory (BAI) [41], with total scores less than 4 and 45, respectively; (4) of normal-weight (19 kg/m2 < BMI < 25 kg/m2); (5) free from medical, psychiatric, and self-reported sleep disorders; (6) no history of night work or shift work in the three years prior to study; and (7) no travelling more than two time zones in the three months prior to the study. The daily caffeine intake of all participants was kept below 300 mg, and none reported alcohol or substance abuse or tobacco use.
Subjects were instructed to keep a regular sleep-wake schedule (bedtimes and wake-times within 1 h of self-selected schedule) during the whole week prior to each admission to the laboratory and recorded their sleep and wake times with a sleep diary. Adherence to a regular schedule was verified with an activity monitor (Actiwatch Spectrum PRO device; Philips Respironics Inc., Murrysville, PA, USA) on the non-dominant wrist. Bedtime in the laboratory was calculated from the habitual bedtime during the week before. The study was approved in September 2016 by the Ethical Committee of South China Normal University (Reference No.: 135) and carried out in accordance with the approved guidelines and regulations. All subjects confirmed their compliance through written informed consent and were paid for their participation.

The study was a within-subject design consisting of three light conditions: the intermittent bright lighting condition (30-min pulse of bright light alternating with 30-min dim light three times, with the total time of bright light being 90 min), continuous bright light condition, and continuous dim light condition. The sequence effects of the three conditions were counterbalanced across the subjects. The duration of light exposure was three hours for all the conditions. The intensity of bright light was ~1000 lux, with dim light below 5 lux. All bright lighting throughout the study was provided by a 60 × 60 cm2 LED lamp panel (provided by Industrial Technology Research Institute of Taiwan, Color Temperature: 6000 K, Output Power: 40 W) top-mounted on a big box (100 × 100 × 100 cm3); the dim lighting was provided by a bedside lamp (3600 K, 8 W) located about 3 meters away from and behind the subjects and was the only light source in the room during the dim light condition. Light intensity was measured at eye level in the gaze direction every 30 min during the three-hour lighting session using a TES-1335 digital illuminance meter (TES Electrical Electronic Corp., Taipei, Taiwan). In addition, the spectral power distribution of the two light sources with the illuminance was measured at eye level by a calibrated spectroradiometer (JETI Specbos 1201, JETI Technische Instrumente GmbH, Jena, Germany) (see, Figure 1). The effective irradiance for each retina photoreceptors of two light resources was shown in Table 1.
Subjects were scheduled to come to the sleep laboratory for a total of four separated nights, which included an adaptation night to avoid the first night effect and three nights for the light exposure conditions. There was at least a one-week period between the three light exposure nights to avoid the residual effects of fatigue and the circadian phase delaying the effects of light.
The experiment was conducted during winter (between November 2016 and January 2017) to minimize the effects of outdoor light levels [43]. They stayed in a sound-attenuated room free from time cues for the three-hour duration of light exposure, while the ambient temperature was kept at 26 °C. The subjects were scheduled to come to the lab six hours before their habitual bedtime. After one hour of polysomnographic electrode placement, they remained wearing a pair of goggles for two hours to dispel the potential effects of daytime light. The baseline levels of subjective and objective alertness were assessed respectively with the Karolinska sleepiness scale (KSS) and an auditory psychomotor vigilance task (PVT) during the last 15 min of the 2-h period, followed by a 3-h light exposure period with alertness assessed every 15 min for a total of 12 times (Figure 2). They were then put to bed for sleep recording after the light exposure.

Vigilance performance was assessed with computerized 10-min versions of the auditory PVT (PVT-10A) [44]. The stimulus for the PVT-10A was an auditory tone with the loudness individually tailored so that the participant had no difficulty hearing it. During the PVT-10A, subjects focused their gaze on a 5-cm black dot located on a piece of paper 100 cm away in front of the subject to make sure that each participant received the same light in each light condition. During the 10-min period, auditory tones were presented with inter-stimulus intervals of 1–9 s. Subjects were required to press the space key as soon as possible after hearing the sound. Furthermore, the lapses (reaction times greater than 500 ms) were counted as a measure of performance impairment indicative of reduced objective alertness [45,46].

Subjective alertness was measured with a computer-administered auditory KSS, which is a widely used scale for evaluating the subjective sleepiness/alertness and has been validated against electroencephalographic (EEG) parameters [47,48,49]. KSS is a 9-point Likert scale with ratings ranging from 1 = Extremely alert to 9 = Extremely sleepy. It has been shown to be sensitive to changes in sleepiness induced by sleep loss and circadian variations, as well as the alerting effects of light [18,47,50,51,52,53].

Nocturnal polysomnographic recording was conducted using the Embla digital system (Embla N7000 Digital PSG System, Rembrandt Embla Company, Broomfield, CO, USA) during the four sleep episodes. Scalp EEG sites C3, C4, F3, F4, O1, and O2 were paired with contralateral mastoid reference electrodes (A1, A2), based on the 10–20 system. In addition, the left and right electrooculogram (EOG), which were also referenced to A1 and A2, the chin and leg electromyogram (EMG), 2-lead electrocardiogram (EKG), nasal/oral airflow signals, chest and abdominal respiratory effort signals and oxygen saturation were also recorded. The electrode impedance was set at ≤5 KΩ for EEG and ≤10 KΩ for EMG and EKG. All signals were low-pass filtered at 35 Hz and high-pass filtered at 0.3 Hz with a sampling rate of 200 Hz (for the EEG).
Sleep stages were visually scored in 30-s epochs in the Remlogic software according to the American Academy of Sleep Medicine (AASM) Manual version 2.0.3 (AASM, Darien, IL, USA) [54]. Sleep parameters used in the current study included total time in bed (TIB), total sleep time (TST), sleep efficiency (SE, ratio of TST/TIB), percentage amount of each sleep stage (NREM sleep stage 1 (N1), NREM sleep NREM stage 2 (N2), NREM sleep stage 3 (N3), and REM sleep), which were expressed as a percentage of TST, sleep onset latency (SOL) (time from lights off until sleep onset, defined as the first of three consecutive 30-s epochs of sleep), sleep latency to REM sleep, and time of wake after sleep onset (WASO), which was expressed as a percentage of the TST.

Thirteen (Testing time) by three (Light condition) repeated measures ANOVAs were conducted using SPSS Statistics version 20 (IBM, Armonk, NY, USA) to compare the subjective and objective alertness in the baseline period and during the 3-h light exposure among the three experimental conditions. Sleep parameters were also compared among the conditions with one-way repeated measures ANOVAs. The level of statistical significance was set at p < 0.05, with 95% confidence interval (CI). LSD correction was applied for multiple comparisons.

A one-way ANOVA with the factor “Light condition” indicated that the intermittent and continuous light exposures had negative effects on some sleep parameters such as SE and TST, when compared with dim light exposure (Table 2).

3.7. Time in Bed (TIB) and Ratio of Different Sleep Stages

In light of the significance of our findings as mentioned above, the results should be interpreted with caution due to the following limitations. First, the sample size of our study was relatively small, which might limit the statistical power to detect the possible effects of the experimental manipulation. Future studies are needed to validate the findings. Second, thirteen 10-min PVTs were conducted over the period of three hours and 15 min before the subjects went to bed for sleep. Such an intensive workload might have resulted in greater energy expenditure and led to higher homeostatic sleep pressure as reflected by the short sleep onset latencies in all three conditions. This heightened sleep drive might have hampered the capacity to detect differences in the effects on sleep parameters among the three conditions. In addition, circadian phase markers and other indicators of the central nervous system, both of which could help reveal the mechanisms underlying nocturnal sleep comprehensively and systematically, were not measured. Furthermore, in the current study, the bright light administered was designed to be sufficient to generate an effect. The intensity was therefore higher than the lighting in daily life conditions. It is not certain whether the findings could be generated by lighting of lower intensity, shorter duration, or different color temperatures. Furthermore, even though the subjects wore a pair of goggles for two hours to dispel the effects of daytime light in the experimental day before the evening light exposure in the current study, we did not control the light history of previous weeks or months. Finally, the present study only tested the effects of light during the following sleep period. Future studies could explore the possible impact of light on the daytime functions the next day and on the next night’s sleep. 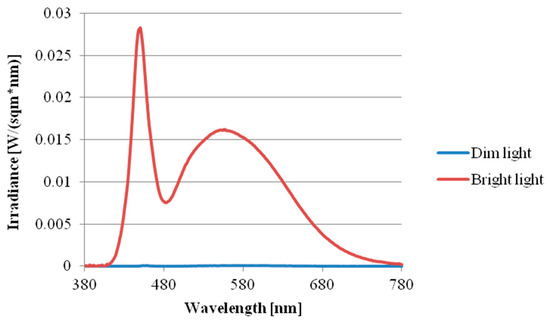 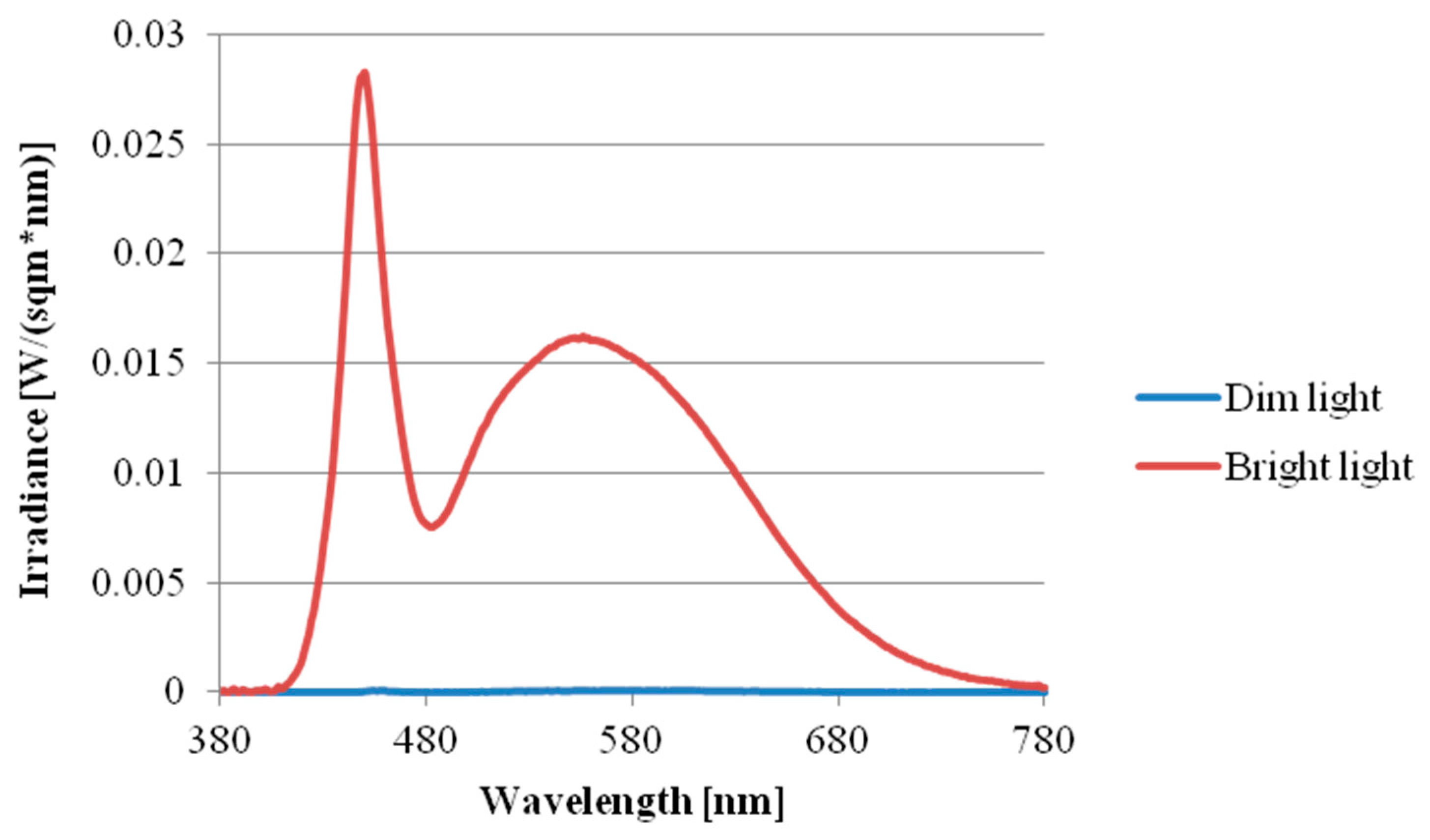 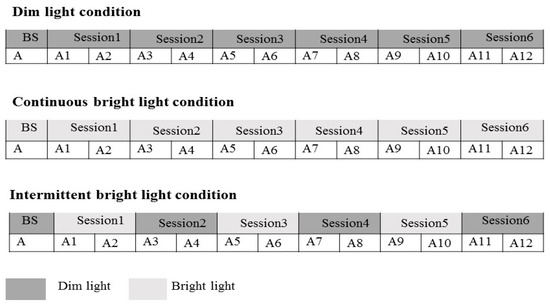 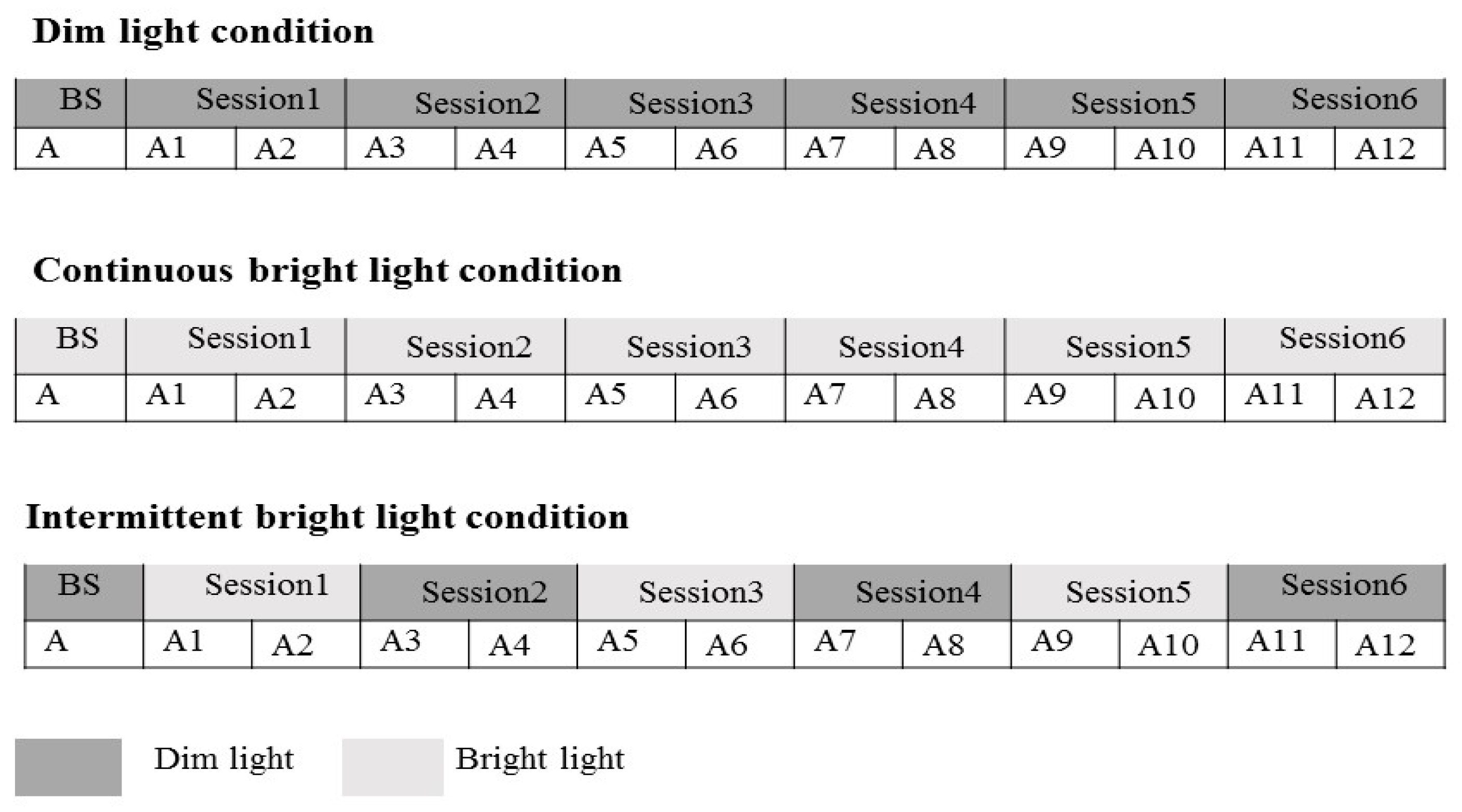 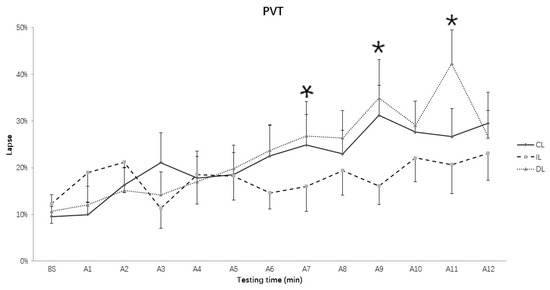