Identifying the Incidence of Exercise Dependence Attitudes, Levels of Body Perception, and Preferences for Use of Fitness Technology Monitoring
Previous Article in Journal

This research analyzes the fall history of a group of elderly people and studies the effects of an intervention program based on Adapted Utilitarian Judo (JUA) to teach fall control in subjects with fear of falling syndrome (FOF). We adopted a quasi-experimental research design with pre-post measurement of the experimental group, in a healthy, pre-fragile sample of 12 women aged 71.5 ± 8 years, chosen using non-probabilistic-incidental accessibility sampling. The WHO questionnaire was used for the functional assessment of the fall. To evaluate FOF, we applied the 16-item version of the Falls Efficacy Scale-International (FES-I), (pretest and posttest). This intervention program was based on Adapted Utilitarian Judo and conducted over 8 weeks, with two 60-minute sessions each week. After analyzing the scores obtained by the subjects in the pre and post FES-I, we found that the intervention with the JUA program had been significant for the experimental group with p ≤ 0.004, and there was an 11.9% decrease in the fear of falling (FES-I pos = 18.17). The results show that after the application of the JUA program there were significant improvements in subjects’ perception of FOF, with this being greater in those who had the highest levels of fear of falling before the intervention. View Full-Text
Keywords: adults; falls; older adults; prevention; healthcare; injury adults; falls; older adults; prevention; healthcare; injury
►▼ Show Figures 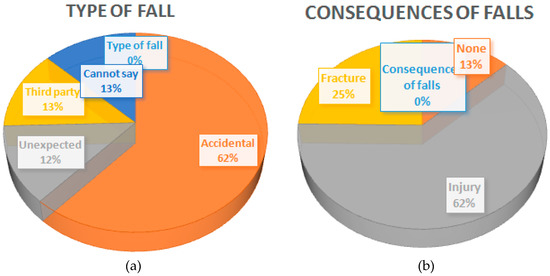