The Population Assessment of Tobacco and Health (PATH) Study is a large, nationally representative longitudinal study of tobacco use and health among adults and youths in the U.S. [13]. We report national cross-sectional estimates from 34,235 adults (18+ years of age) who participated in Wave 1 (W1, data collection conducted 12 September 2013 through 14 December 2014) or Wave 2 (W2, 23 October 2014 through 30 October 2015) of the PATH Study. Youths aged 17 years at W1, who were aged 18 years at W2 (N = 1915), were only included in the W2 cross-sectional estimates. We also report longitudinal estimates from 26,439 adults (18+ years of age at W1) who participated in both W1 and W2.
The PATH Study recruitment employed a stratified address-based, area-probability sampling design at W1 that oversampled adult tobacco users, young adults (18 to 24 years), and black adults. An in-person screener was used at W1 to select youths and adults from households for participation. At W1, the weighted response rate for the household screener was 54.0%. Among households that were screened, the overall weighted response rate for the Adult interview was 74.0% at W1 and 83.2% at W2. Data were collected using audio-computer assisted self-interviews administered in English or Spanish.
The PATH Study weighted estimates presented here are robust and representative of the non-institutionalized, civilian U.S. adult population through use of the probability sample and application of population and replicate weights that adjust for the complex study design characteristics (e.g., oversampling at W1) and nonresponse at W1 and W2. Further details regarding the PATH Study W1 design and methods are published elsewhere [13]. Details on survey interview procedures, questionnaires, sampling, weighting, and information on accessing the data are available online [14]. The PATH Study was conducted by Westat and approved by the Westat institutional review board (Institutional Review Board (IRB) Organization number IORG0000410, IRB number 00000695). All participants aged 18 and older provided informed consent.

At each wave, participants were asked about their use of 10 types of tobacco products that were grouped for analysis into three categories of products: (1) combustible (i.e., cigarettes, traditional cigars, cigarillos, filtered cigars, hookah, and pipe tobacco), (2) noncombustible (i.e., loose snus, moist snuff, dip, spit, chewing tobacco, snus pouches, dissolvable tobacco), and (3) ENDS. We looked at transitions among these categories, as well as among individual combustible tobacco product categories (i.e., cigarettes, any cigar, hookah, and pipe tobacco), noncombustible, and ENDS. Participants were provided with brief descriptions and pictures of each type of tobacco product except cigarettes.

For each type of tobacco product, participants were asked if they had ever used the product (even one or two puffs/times), how much they had used in their lifetime, and whether they now use the product every day, some days, or not at all (non-daily hookah users were additionally asked about their frequency of use). At each wave, current use for cigarettes was defined as having smoked at least 100 cigarettes in one’s lifetime and now smoking every day or somedays; for hookah as now smoking every day, somedays, usually weekly, or usually monthly (no threshold for units used); and for all other tobacco products as now smoking/using every day or somedays (no threshold for units used).

3.1. Prevalence of Tobacco User Groups at Wave 1 and Wave 2

3.2. Within-Person Transitions in Tobacco Product Use Status between Wave 1 and Wave 2

Within-person transitions among user groups based on the three broad tobacco product categories as defined in Table 1 are presented for young adults and older adults in Figure 1, with additional details provided for young adults in Supplemental Table S1 and additional details provided for older adults in Supplemental Table S2. The population-level overall impact of each transition reported below is a function of both the size of the tobacco user group at W1 and the size of the transition between W1 and W2. Thus, one must consider the relative size of the W1 user groups (shown in parentheses beside each subheading below) when considering the total contribution that each transition makes to overall change in population-level prevalences as reported above in Table 1.

Findings from this study provide a broad look at the experience of adult tobacco users and nonusers in the U.S. in the context of the growing popularity of non-cigarette tobacco products, especially ENDS. Overall population prevalence of use of any tobacco product decreased over the one-year period, from 27.6% to 26.3%. This decrease in population-level tobacco use prevalence is a function of the magnitude of transitions among tobacco user groups within the context of the relative sizes of tobacco user groups at W1. Transitions in tobacco product use were common, especially in younger compared to older adults (72% vs. 46%), but for the most part, non-tobacco users at W1 remained non-tobacco users at W2, and tobacco users at W1 remained tobacco users at W2. Among young adults, cigarette use was most stable over the study period, and among older adults, cigarette use and noncombustible tobacco use were most stable.
In recent years, the tobacco product landscape in the U.S. has expanded to include new products, not only within traditional product classes (e.g., cigars), but also within new product classes, such as the proliferation and evolution of ENDS [18,19,20]. Our findings show that, among young adult tobacco users at W1, 72% experienced any transition in use, including 21% who discontinued use completely. Among older adult tobacco users at W1, 46% experienced any transition in use, including 13% who discontinued use completely. These findings show that transitions in tobacco product use are age-related with more overall volatility seen in younger adults compared to older adults, indicating that for older adults, product use patterns tend to be more established and product experimentation tends to be less common than for young adults.
Our findings also show that there was greater stability in use of cigarettes compared to other tobacco product categories over the one-year study period. The prevalence of cigarette only users at W1 who were cigarette only users at W2 was generally higher (60% among young adults and 74% among older adults) than the prevalence of being classified in the same user group at both waves for any other single product user group (Tables S3 and S4), except for noncombustible only use among older adults (77%, Table S4), which was also relatively stable. In contrast, ENDS only use was relatively unstable; among young adult ENDS only users at W1, 42% transitioned to a tobacco product use group at W2 that included a combustible tobacco product, and 31% transitioned to no tobacco use at W2 (Figure 1).
The greater likelihood of continuing with/transitioning toward combustible use, particularly cigarette use, compared to continuing with/transitioning toward ENDS use is a key finding given the exceptional harmfulness of combustible tobacco use, with cigarettes killing half of all long-term smokers [1]. Our findings are consistent with long-known effectiveness of nicotine delivery for cigarettes and their associated abuse liability [21], and further, our findings suggest the persistence of cigarettes’ addictiveness [22] despite the changing tobacco product landscape in the U.S. and extensive transitioning in tobacco product use overall. As the U.S. Food and Drug Administration (FDA) moves forward with its regulatory framework based on a continuum of product risk [23], it is important to track how product use transitions shift over time, especially transitions between products with varying risk profiles. Reducing nicotine content in cigarettes, which could reduce addictiveness [24], along with increasing availability of potentially less harmful nicotine products, may facilitate transitions away from cigarette smoking among American adults.
While some national surveys (e.g., National Survey on Drug Use and Health, National Adult Tobacco Survey, National Health Interview Survey) document tobacco use incidence and prevalence in the U.S. and produce estimates that align with similarly defined estimates from the PATH Study [25,26,27], the longitudinal cohort design of the PATH Study allows us to track within-person changes in tobacco product use over time as the tobacco product and regulatory landscape continues to change. While we were limited to looking at aggregate tobacco product groups here (e.g., traditional cigars, cigarillos, and filtered cigars were grouped into a single cigar category) and were limited to looking at broad transitions in use, our findings can serve as a foundation for more in-depth analyses as the scientific community pursues a greater understanding of the potential impacts of emerging tobacco products [28,29,30]. To better understand population-level health consequences of tobacco use, each of the transitions that we report here can be further explored, keeping in mind the relative sizes of different tobacco user groups, and considered with respect to their implications for health. For example, additional research can examine the individual and co-occurring impacts of the amount and frequency of products used, flavors, nicotine content, past use history, dependence level, demographic characteristics, and reasons for product use.

W1 and W2 PATH Study data reveal extensive transitioning in non-cigarette tobacco product use, particularly among young adults, in contrast to the relative stability of cigarette smoking (and of noncombustible use among older adults), despite the changing tobacco product marketplace. Cigarette smoking still dominates tobacco use among adults in the U.S. Over 5 million young adults aged 18–24 years and over 38 million older adults aged 25+ years were current cigarette smokers in 2014–2015 (Tables S3 and S4), reinforcing the need for continued public health focus on cigarette smoking prevention and cessation efforts, including educating the public about the health risks of smoking.

This manuscript is supported with Federal funds from the National Institute on Drug Abuse, National Institutes of Health, and the Center for Tobacco Products, Food and Drug Administration, Department of Health and Human Services, under a contract to Westat (Contract No. HHSN271201100027C).

Compton reports long-term stock holdings in General Electric, the 3M Companies, and Pfizer Incorporated, unrelated to this manuscript; Cummings has received grant funding from Pfizer, Inc., to study the impact of a hospital-based tobacco cessation intervention. Cummings also receives funding as an expert witness in litigation filed against the tobacco industry; Goniewicz receives fees for serving on an advisory board from Johnson & Johnson and grant support from Pfizer outside of the submitted work; Niaura reports having been a witness for plaintiffs vs. tobacco companies, receiving speaker fees, receiving honoraria, sitting on advisory boards, being a site PI, and consulting for pharmaceutical company testing and marketing smoking cessation aids, but not in the last six years. Fong has a Senior Investigator Award from the Ontario Institute for Cancer Research and Prevention Scientist Award from the Canadian Cancer Society Research Institute. Conway reports preparing this article while employed at the NIH/National Institute on Drug Abuse. No other potential conflict of interest relevant to this manuscript was reported.

The views and opinions expressed in this manuscript are those of the authors only and do not necessarily represent the views, official policy or position of the U.S. Department of Health and Human Services or any of its affiliated institutions or agencies. 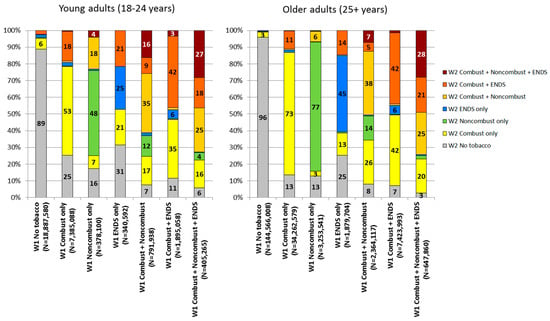 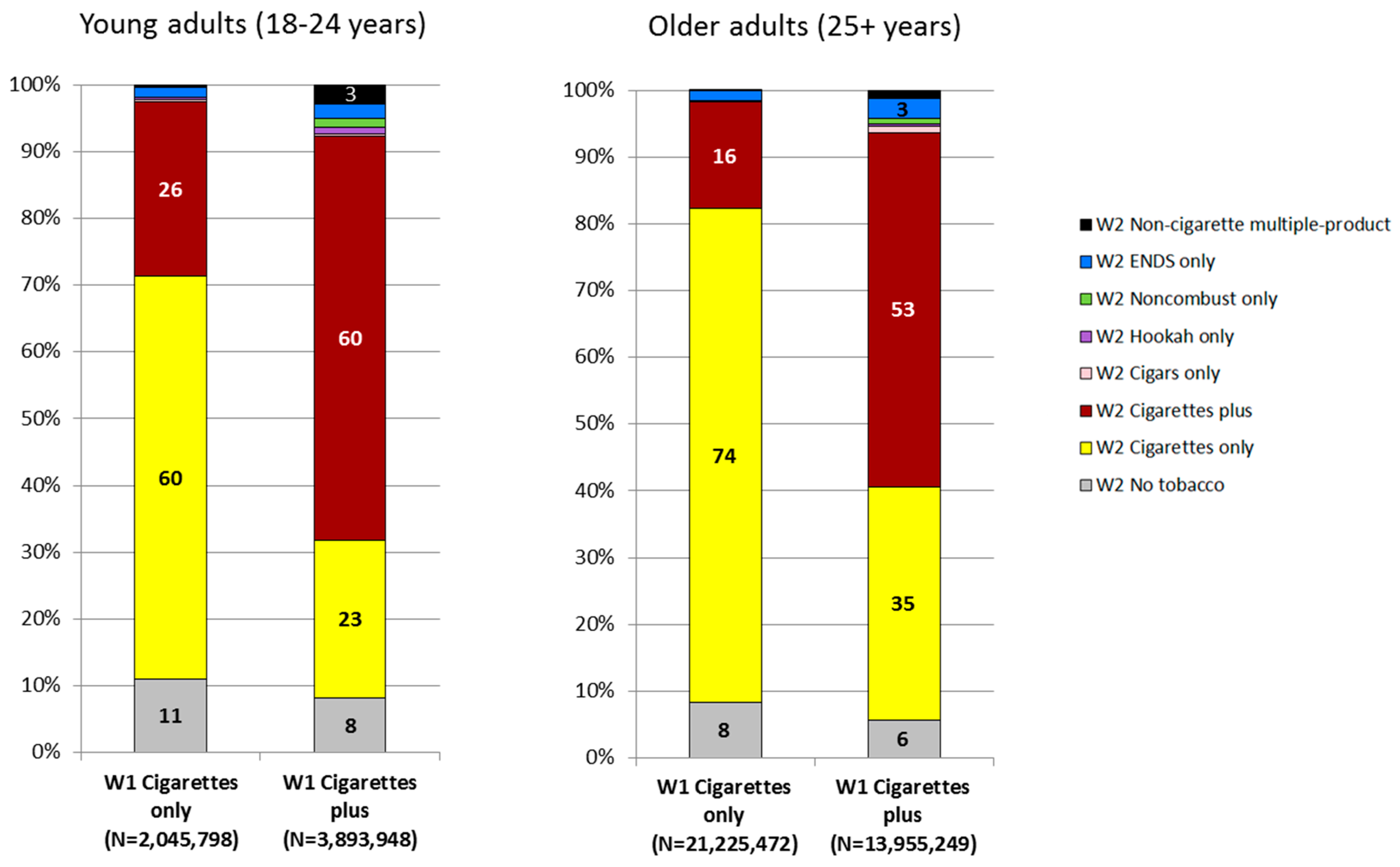