Comparison of Physiological and Psychological Relaxation Using Measurements of Heart Rate Variability, Prefrontal Cortex Activity, and Subjective Indexes after Completing Tasks with and without Foliage Plants

Data on the association between air pollution and risk of ischemic stroke in China are still limited. This study aimed to investigate the association between short-term exposure to ambient air pollution and risk of ischemic strokes in Guangzhou, the most densely-populated city in south China, using a large-scale multicenter database of stroke hospital admissions. Daily counts of ischemic stroke admissions over the study years 2013–2015 were obtained from the Guangzhou Cardiovascular and Cerebrovascular Disease Event Surveillance System. Daily particulate matter <2.5 μm in diameter (PM2.5), sulfur dioxide (SO2), nitrogen dioxide (NO2), ozone (O3), and meteorological data were collected. The associations between air pollutants and hospital admissions for stroke were examined using relative risks (RRs) and their corresponding 95% confidence intervals (CIs) based on time-series Poisson regression models, adjusting for temperature, public holiday, day of week, and temporal trends in stroke. Ischemic stroke admissions increased from 27,532 to 35,279 through 2013 to 2015, increasing by 28.14%. Parameter estimates for NO2 exposure were robust regardless of the model used. The association between same-day NO2 (RR = 1.0509, 95% CI: 1.0353–1.0668) exposure and stroke risk was significant when accounting for other air pollutants, day of the week, public holidays, temperature, and temporal trends in stroke events. Overall, we observed a borderline significant association between NO2 exposure modeled as an averaged lag effect and ischemic stroke risk. This study provides data on air pollution exposures and stroke risk, and contributes to better planning of clinical services and emergency contingency response for stroke. View Full-Text
Keywords: air pollution; environmental exposure; ischemic stroke; short-term; time-series model air pollution; environmental exposure; ischemic stroke; short-term; time-series model
►▼ Show Figures 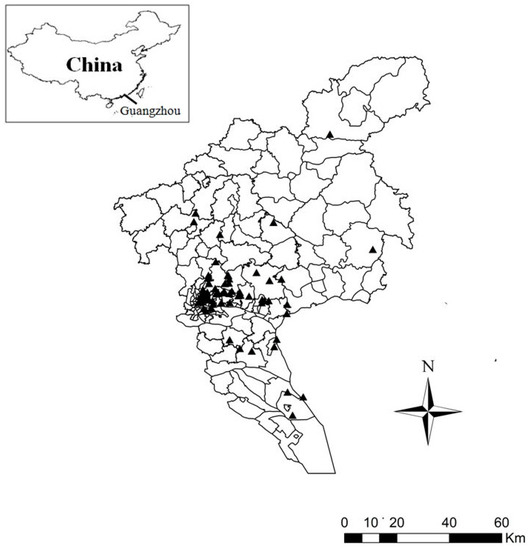