Comments by the Academic Editors to Responses and Replies Concerning Mroczek et al.’s “Evaluation of Quality of Life of Those Living near a Wind Farm“: Int. J. Environ. Res. Public Health 2015, 12, 6066–6083
Previous Article in Journal

Firstly, we define the non-commuting rate to measure dominance of non-commuting activities within an area (census output area). Suppose i is an area, non-commuting rate of i is computed as where num_non_act(i) and num_com_act(i) are the number of non-commuting and commuting cycling activities in the area i. num_non_act Node(j) and num_com_act Node(j) are the number of non-commuting and commuting activities in the node j. Ni is the set of nodes that are located within the area i.
In this paper, the improved AMOEBA (A Multidirectional Optimum Ecotope-Based) algorithm developed by [56] is used to identify clusters of high non-commuting rate. As a spatially constrained clustering method, this algorithm is applicable to classification of a large number of areas and identification of irregularly shaped clusters. Here we briefly introduce the improved AMOEBA algorithm based on [56]. Essentially, a region or ecotope is a spatially linked group of areas. A region can thus be defined as a spatially contiguous set of areas. The value of the statistic is used to measure the level of clustering of an attribute x around an area. Suppose we run AMOEBA on a study region with N areas and an attribute x with elements xi, indicating the value of x at area i. Let us denote this set of areas as M, and and S as the mean and the standard deviation of the attribute x and let R be a sub region of M with n areas. Duque et al. [56] rewrite the formulation of as follows:
Basically, depends on the areas that are in the region R and the parameters N, and S that are obtained from the areas in M.
Accordingly, a positive (negative) and statistically significant value of statistic indicates the presence of a cluster of high (low) values of attribute x around area i. Thus, AMOEBA identifies high-valued, or low-valued, ecotopes (regions) by looking for subsets of spatially connected areas with a high absolute value of the statistic. There is only one parameter, i.e., the significance level threshold, that is required to run the AMOEBA algorithm. The significance level threshold was set to 0.01, meaning only clusters with a p-value less than 0.01 are statistically significant.

This section demonstrates the empirical results in the study area and makes discussions about the results.

This paper does present a few limitations. First, a census output area is used as the area unit in in the identifying clusters. The modifiable areal unit problem (MAUP) might influence the cluster identification in this study. Second, although the estimation of non-commuting cycling activities is good at the node level, the estimation at the edge (street) level is unknown. Third, although the models work well in estimating non-commuting cycling activities, there might be some potential to improve the estimation. Ideally, we could improve the estimation by incorporating more attributes such as land use mix, residential density, traffic count, road type, road width, etc., into the models. We are not able to include those attributes due to present data availability. Fourth, instantaneous assessment of air pollution is used in this study. In fact, cumulative assessment of air pollution makes more sense to studies of health effects of active travel. Ideally, the inhaled dose of air pollution during a cycling trip should be assessed according to not only where the trip takes place but also the time spent travelling. Furthermore, long-term air pollution exposure of a cyclist should also take account of the number of his or her commuting trips and non-commuting trips within a longer period (e.g., one year or more). As Strava Metro doesn’t offer individual-level trips, we know neither how long a commuting or non-commuting cycling trip takes nor how many commuting or non-commuting cycling trips each biker takes in one year. Thus, we are not able to assess cumulative exposure of a cyclist to air pollution. Finally, since VGI, UGC and crowdsourced data are collected and shared by individuals, there are arguments about the quality and fitness for use of such data in projects [63]. While we are aware of this issue, we do not tackle this in this study, as it requires separate study on this topic.

In the future, we will take account of some aspects to enhance this study. First, as the Strava database offered by Urban Big Data Centre offers the number of cycling activities in distinct daily time slots, we could model spatio-temporal variations in non-commuting cycling activities according to spatio-temporal characteristics; Second, we will incorporate other air pollutants such as sulphur dioxide, nitrogen dioxide and ozone into the analysis. In addition, although Strava Metro doesn’t offer individual-level trips, we may be able to assess cumulative air pollution exposure by using the sub data set ‘Streets’ in Strava Metro. Based on the number of trips on each street segment, we could use length of the street segment to represent the length of sub cycling trip, and then estimate the time of sub cycling trip based on average speed of cycling for commuting or recreation and other purposes in Glasgow, a figure we could possibly obtain from Strava Metro or other data sources (e.g., travel surveys). Accordingly, we could estimate the total air pollution exposure to all of Glasgow’s Strava cyclists when riding for commuting or recreation and other purposes during one year, and further estimate annual average air pollution exposure of one cyclist when riding for commuting or recreation and other purposes. This would represent a large amount of future work and potential to gain a much greater understanding of the impact of city air pollution. 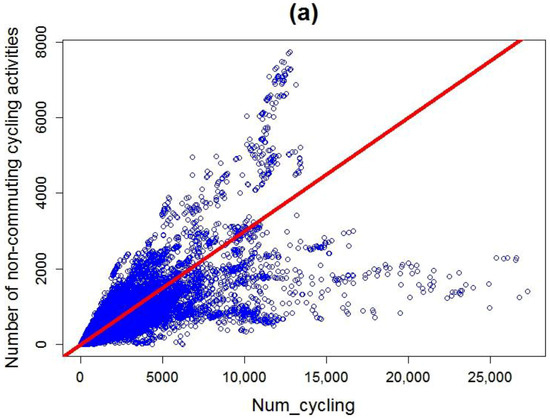 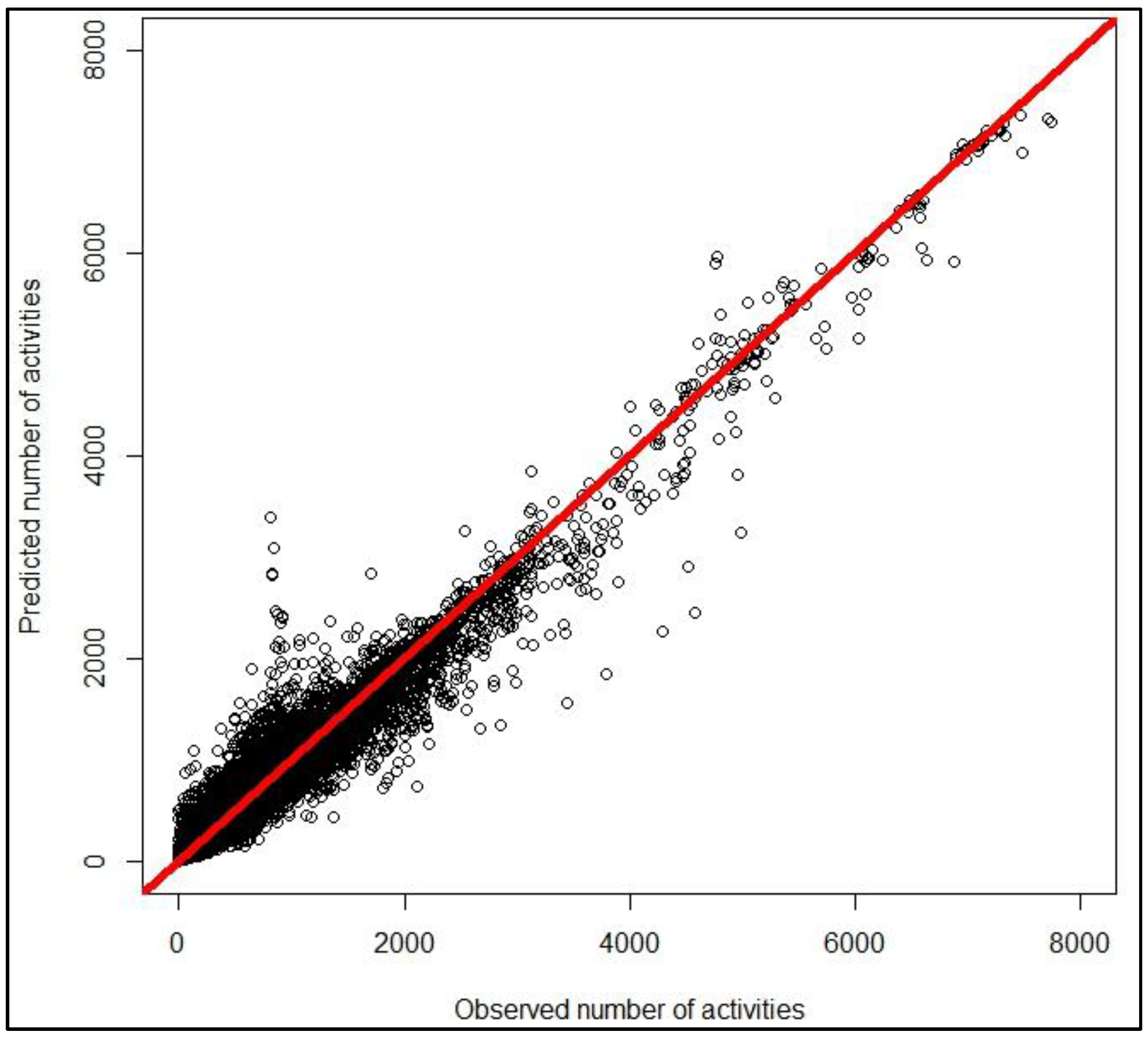 Table 1. Independent variables in the estimation of non-commuting cycling activities.

Table 3. Percentages of areas of clusters of high and low non-commuting rate with different levels of PM10 and PM2.5.

Table 4. Means of instantaneous exposure to PM10 and PM2.5 for non-commuting and commuting cycling activities.