Chronic Stress in Young German Adults: Who Is Affected? A Prospective Cohort Study
Next Article in Special Issue

How Can Data Drive Policy and Practice in Child Welfare? Making the Link in Canada

The movement to deinstitutionalize psychiatric care in the 1970s led to notable increases in pregnancy and childbirth among women with diagnosed mental health (MH) disorders [1]. Whereas many mothers with MH disorders give birth to healthy infants and demonstrate appropriate parenting practices, existing research indicates that children of mothers with a history of mental illness are at heightened risk of adverse health and wellbeing outcomes, including birth abnormalities [2], low birth weight [3], preterm delivery [4,5,6], insecure parent-child bonding [7], and the transmission of mental illness [8]. Empirical literature has also documented a strong relationship between parental mental illness and child abuse and neglect [8], particularly among children living with a mother with mental illness [9,10] and within economically disadvantaged families [9].
Given the broad range of functional impairments and severity in symptoms across MH disorders [11,12,13], the effect of these disorders on parenting capacity and child safety almost certainly varies. One study found that Child Protective Services (CPS) reports were more likely for children of mothers with mental illness than for children born to mothers without mental illness, regardless of the type of diagnosis [12]. Another study found that mothers living with depression were less likely to use recommended infant care practices if they also had been diagnosed with a personality disorder [14]. Because researchers attempting to account for this heterogeneity have categorized MH disorders in different ways, corroborating findings across studies is difficult [13,14,15]. As such, prevalence estimates for specific mental disorders among mothers are not well-documented, and the relationships between the various categories of MH disorders and children’s outcomes, including involvement with CPS, remain largely unknown.
The International Classification of Diseases, Ninth Revision, Clinical Modification (ICD-9-CM) codes offer a standardized method for tracking population-level changes in diagnosis rates over time and have previously been used to document the prevalence of maternal MH and substance-related disorders [16,17] and their association with subsequent maltreatment and CPS involvement [12,15,18]. No studies, however, have assessed the occurrence of a CPS report regarding infants born to mothers with a MH disorder known to medical professionals at the time of delivery, which is a critical engagement and intervention point. In the current study, linked administrative records from California’s 2006 birth cohort were used to determine the following: (1) the prevalence of infants born to mothers with a MH disorder documented in their medical records at the time of delivery, stratified by disorder type; (2) the cumulative percentage of infants reported to CPS during the first 12 months of life among those born to mothers with a MH disorder; and (3) the risk of a report to CPS in those infants born to mothers with a diagnosed MH disorder versus other infants after adjusting for co-documented substance exposure and other factors.

The analytic dataset was constructed by linking three administrative data sources from California: (1) vital birth records for all infants born in 2006; (2) maternal hospital discharge records corresponding to those births; and (3) CPS records for allegations of abuse or neglect made within 12 months of birth. The authors probabilistically linked birth records to CPS records using available unique (i.e., maternal Social Security number) and non-unique (e.g., parent and child first names or parent and child dates of birth) personal identifiers. Among infants reported to CPS and born in 2006, 92% were successfully linked to a birth record. In a separate linkage, 97% of maternal hospital discharge records were probabilistically linked to birth records as part of the ongoing California Vital Stats to Care Delivery Project [19]. The two linked files were then de-identified and merged using the unique birth-record number common to both files. The analysis includes an estimated 95% of all live births in California during 2006, excluding births that occurred in military hospitals and at home. These linked data were previously used to evaluate CPS reporting among mothers with a history of documented substance abuse [20]. This study received human subject approvals from both state (CA HHS #09-12-51) and university (UCB #2010-01-592) institutional review boards and was additionally reviewed by all departments from which data were obtained.

The dependent variable was defined as a first report of alleged maltreatment made to CPS during the first 12 months of life. All first reports of maltreatment were included, irrespective of whether the allegation was investigated or substantiated by CPS. Existing research has documented that infants reported to CPS are at heightened risk of negative outcomes, including re-reporting to CPS, placement into foster care, and critical injury and fatality, regardless of whether or not the allegations were substantiated [21,22]. The decision to include all allegations arose from an interest in clinical and community decisions to report infants born to mothers with MH disorders, as opposed to the type of response to those reports by the CPS system.

Maternal MH disorders were coded based on ICD-9-CM diagnostic codes [23]. Up to 25 codes were documented in the medical records of delivery hospitalizations. Each birth was categorized based on the presence of an MH disorder documented at the time of birth (i.e., no MH disorder or MH disorder). Subsequently, births with a MH disorder were grouped into four non-mutually exclusive diagnostic categories used in previous research: (1) psychotic disorders; (2) mood disorders; (3) anxiety disorders; and (4) MH Disorder at Delivery [12,15,17]. Each category was dichotomously coded, and mothers with more than one diagnosis fell into multiple categories. Mental disorders at delivery is an ICD diagnostic code (648.4) used to document any mental disorder complicating pregnancy, childbirth, or the puerperium [16]. We excluded disorders occurring in childhood, personality disorders, and mental disorders attributable to medical conditions in an effort to focus on the relationship between a mother’s experience of a MH disorder leading up to childbirth and CPS involvement for the infant. Our decision was informed by parameters established in earlier studies that used the same data sources from California [16,17]. A full list of included codes and the corresponding number of births for each are included as Appendix A.

To characterize mothers diagnosed with a MH disorder and isolate the association between a diagnosed maternal MH disorder and CPS reports during infancy, several covariates available in the birth records were examined. Covariates included maternal race/ethnicity (White, Black, Hispanic, or other/missing) and maternal age at first-ever birth in years (≤19, 20–24, 25–29, and ≥30). The decision to use maternal age at first-ever birth aligns with research indicating that the timing of a first birth is an important proxy for future outcomes of a mother and her children [24,25]. Insurance type was coded dichotomously (private or public). California allows for retroactive enrollment in the state’s public system if there is no insurance coverage at the time of birth. Additional covariates included paternity establishment (established or missing), the timing of the initiation of prenatal care (first trimester, second trimester, and third trimester/no care), and parity (first birth or non-first birth). Finally, all births were coded based on the presence or absence of an ICD-9-CM code in the mother’s or infant’s hospital discharge records indicating maternal substance use or prenatal substance exposure (no or yes). A list of ICD-9-CM substance exposure codes is also included in Appendix A.

Covariate distributions were assessed using χ2 tests to determine statistically significant variations (p < 0.05) based on a diagnosed MH disorder. Distributions of covariates were also assessed for specific MH diagnostic categories. The relationship between a diagnosed maternal MH disorder and CPS reporting was descriptively presented as the cumulative percentage of infants reported to CPS by month throughout the first year of life. To isolate the increased risk of CPS reporting associated with a diagnosed MH, a series of generalized linear models were estimated based on a Poisson distribution, log link, and robust standard error adjustments to account for binary outcomes [26,27]. Estimates were reported as risk ratios (RR) with 95% confidence intervals (95% CI) and presented for any MH disorder, as well as specific categories of diagnosed MH disorders. Model 1 shows the unadjusted risk of being reported for an infant born to a mother with a MH disorder. Model 2 reflects the main effects of MH disorders and includes interactions for co-diagnosed substance use or substance exposure at birth. Model 3 additionally controls for other sociodemographic and pregnancy-related covariates. All analyses were conducted using Stata SE, version 13 (StataCorp LLC, College Station, TX, USA).

3.1. Characteristics of Births with a Maternal Mental Health Disorder

Infants born to mothers with a diagnosed MH disorder at the time of birth have a heightened likelihood of experiencing early CPS involvement, particularly in infants born to mothers with psychotic disorders or with a comorbid substance use disorder. CPS reports are most likely to occur during the child’s first month of life, making this a critical window for intervention. Early identification of infants born to mothers with MH disorders and co-occurring substance abuse should be viewed as an opportunity to provide parents with integrated support services early to prevent the occurrence of child maltreatment. Administrative records provide a cost-effective method for developing population-level data to inform policy development and improve service delivery.

Kechen Zhou assisted with the preparation of the data files, and John Prindle provided technical assistance in model development. Although the findings reported and conclusions drawn from these data are solely those of the authors and should not be considered to reflect those of any agency of the California government, this analysis would not be possible without the partnership of the California Department of Social Services and the county child welfare departments, reflecting their ongoing commitment to data-driven program and policy development. Supported by grants from First 5 Los Angeles and the Maternal and Child Health Research Program, Maternal and Child Health Bureau (Title V, Social Security Act), Health Resources and Services Administration, and Department of Health and Human Services (R40MC25689. Ongoing infrastructure support for the linkage and analysis of administrative data is provided to the Children’s Data Network by First 5 Los Angeles and the Conrad N. Hilton Foundation.

All authors have participated in the concept and design; analysis and interpretation of data; drafting or revising of the manuscript, and have approved the manuscript as submitted. Authors Ivy Hammond and Andrea Lane Eastman prepared the first draft of the manuscript. John Leventhal provided technical assistance with model development and content expertise. Emily Putnam-Hornstein is the principal investigator and was responsible for the extract and preparation of the data, conceptualization of the statistical models, and contributed to the preparation of the article. 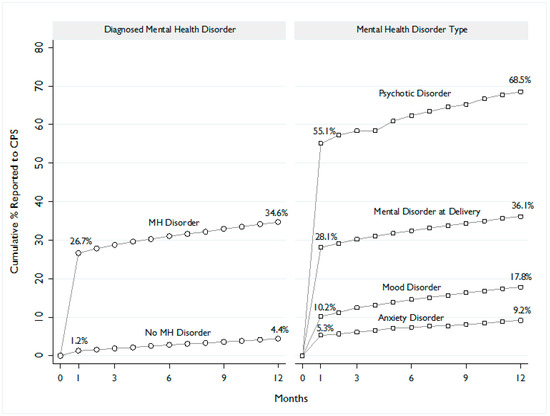 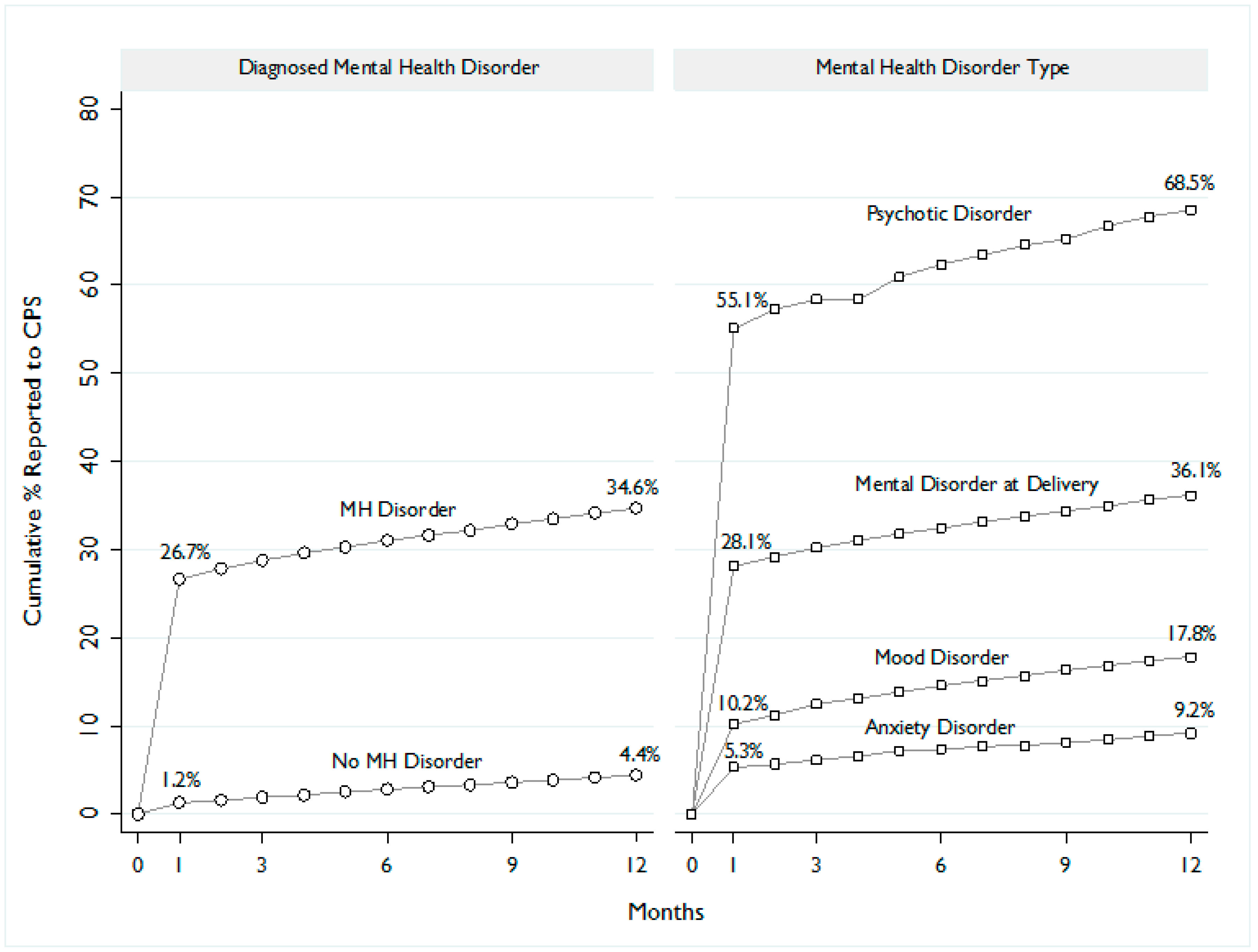