Depression significantly affects adults aged 65 years and older in the U.S. [1]. Up to 5% of older adults reported having major depression; the prevalence rises to 11.5% among older adults who are hospitalized and 13.5% when older adults require home healthcare [2]. In addition, lifetime experience of depressive disorder among older adults is projected to increase by 117% from 2005 to 2050 [3]. Notably, depressive symptoms can significantly increase morbidity and mortality [4], impair executive function [5], increase disability [6], and erode quality of life [7] among older adults. As the elderly population increases from 40.2 million in 2010 to 88.5 million in 2050 [8], the increasing pattern of late-life depression will escalate pressure on the U.S. healthcare delivery and financing system [1,9,10,11,12].
Recent studies have highlighted the association between multiple chronic conditions and late-life depression [6,13,14]. Although any chronic conditions can produce depressive symptoms, there are certain health conditions strongly associated with depression [6]. Inflammation can cause depression [6,15,16] in the form of obesity [17,18], osteoporosis [19,20], asthma [21,22], and osteoarthritis [23]. Impaired glucose metabolism can also be a risk factor for depression [6,24,25]. Prior studies demonstrated that diabetes elevated the risks of major depression by 15% and depressive symptoms by 20% [26]. Heart diseases can also cause depression due to poor adherence to treatment and lifestyle recommendations; dysfunction in the sympathetic, neuroendocrine, autonomic, immune, and inflammatory systems [27]. In addition, depression is frequently observed among patients with stroke [28], cancer [29], and hypertension [30,31].
Late-life depression, however, can be improved by cultivating the social environment including the groups to which the elderly belong and the neighborhoods in which they live [32]. Social support reflects one of many dimensions of social environment [33] and can affect mental health outcomes among older adults [34,35]. According to the stress-buffering model, positive social support can buffer the deleterious effects of stressful life events (e.g., bereavement, crime, layoff, social network crises) on depressive symptoms among older adults [34,36]. This buffer theory was still applicable when chronic diseases (e.g., arthritis) were positively associated with depressive symptoms, which were mitigated by various aspects of social support (including the presence of partner, having many close social relationships, feelings of mastery, a high self-esteem), especially when persons suffered from severe arthritis [37]. On the other hand, deficits in decent social support can be risk factors for depression in late life [6]. Negative social supports (or social restraints), including marital conflict, perceived family criticism, and depression in the spouse, can predispose older adults to developing or worsening depressive symptomatology and decrease life satisfaction [6,38,39]. Social restraints can be compounded when caregivers are burned out while providing care to their older family members especially those who suffer from multiple chronic conditions (MCC) [40]. Under the circumstances, it is hard to expect these informal caregivers to provide quality care to their care recipients [41].
Nevertheless, the literature is relatively sparse on how positive and negative social support can moderate the negative effects of MCC on depressive symptoms among older adults. Thus, the aims of this study were to (1) describe study participants’ characteristics in terms of depression, number of chronic conditions, and positive/negative social support and (2) identify the moderating effects of positive/negative social support on the association between MCC and depression. The study findings can help policy makers further develop healthy social support systems to reduce depression among older adults with MCC.

The data for the present study come from the Health and Retirement Study (HRS), which is an ongoing, biannual, longitudinal panel study surveying a representative sample of 22,000 Americans over the age of 50 [42]. The present study is limited to participants who responded to the Leave-Behind Questionnaire pertaining to social support and are aged 65 or older. As such, the present study includes HRS interviews conducted in 2006 (n = 11,400), 2008 (n = 11,349), 2010 (n = 10,950), and 2012 (n = 10,747), spanning as many as 7 years. Respondents received a self-reported psychosocial questionnaire (including social support variables) every other wave (every 4 years) [43]. At baseline (year of 2006) of the present study, the study sample consisted of individuals age 65–85 years (M = 74.9, SD = 7.6) where 57.3% were female and 68.4% had at least a high school diploma. Most study participants (83.5%) were white while 13.3% were African American. Further details of the HRS design, sampling procedures, data collection, and response rates were reported at a previous study [44]. The study sample size was 11,400 adults aged 65 years or older who reported perceived social support.

Health conditions of respondents were represented by the number of chronic conditions, commonly associated with depressive symptomatology, including hypertension, diabetes, cancer, chronic lung disease, heart condition, arthritis, stroke, and psychiatric/emotional problems [45]. These conditions were summed up to a score and recoded as 0–6 or higher based on distribution patterns.
The primary dependent variable in the study was depressive symptomatology, which was measured by an index summarized from eight symptoms of depression (felt depressed, everything was an effort, restless sleep, was (not) happy, felt lonely, (did not) enjoy life, felt sad, could not get going), ranging from 0 to 8 [46]. These items were based on the Center for Epidemiological Studies-Depression (CES-D) scale [47]. This scale was reported to have high internal consistency, reliability [48] and has been used for assessing the severity of depressive symptoms among older adults [46,49,50,51]. Respondents were asked how frequently they had experienced each symptom during the past week: 1 (“all or almost all”), 2 (“most of the time”), 3 (“some of the time”), and 4 (“none or almost none”). These responses were converted to Yes/No by setting “all” and “most” of the time equal to “Yes” and “some” and “none” of the time equal to “No”. Created by summing the number of “Yes” answers across the eight items, a higher score (ranging from zero to eight) indicates greater depression symptomatology.
Positive and negative social supports were composed based upon a series of questions assessing quality of social ties and the quality of interaction with those social ties [52]. Of 4 relationship categories (i.e., spouse, children, other family, friends), there are 3 positively worded items (e.g., “how much do they really understand the way you feel about things?”) and 4 negatively worded items (e.g., “how often do they make too many demands on you?”) with 4 possible answers: 1 (“a lot”), 2 (“some”), 3 (“a little”), and 4 (“not at all”). After reversing these responses and averaging the scores within each dimension, a higher value indicates higher positive or negative social support. A previous report revealed psychometrics of alpha reliability across 4 relationship categories (positive social support from spouse = 0.81; positive social support from children = 0.83; positive social support from other family = 0.86; positive social support from friends = 0.84; negative social support from spouse = 0.78; negative social support from children = 0.78; negative social support from other family = 0.78; negative social support from friends = 0.76) [53].
Covariates included a set of demographic factors such as age, education (less than high school, GED, high school graduate, some college, college and above), sex, and race/ethnicity (white, black/African American, other).

A linear mixed model with repeated measures for survey data using Stata 14.0 (StataCorp LP, College Station, TX, USA) was used to estimate the effect of MCC and its interactions with positive and negative social support factors in explaining depression among older adults (i.e., eight independent models). In these models, we controlled for age, gender, educational attainment, race/ethnicity, and survey wave.
In order to account for the panel nature of the data, we used the person-level weight provided by the HRS, which makes our sample a national representation of the non-institutionalized population in the U.S. aged 65 and older. Since the dependent variable and covariates were measured several times over different survey waves, we clustered standard errors at the person level to adjust for potential correlation of errors over time within the same person.

We believe this study makes an important contribution to the gerontological literature by showing the moderating effects of varying forms of social support on the association between MCC and depression among older adults. The current study confirmed the importance of quality spousal support and care as part of a positive social environment to maintain the mental health of older adults when they have MCC. At the same time, our findings suggest that identifying and minimizing the deleterious health effect of negative social supports could help older adults improve their depression, which could in turn help them manage their chronic conditions and experience positive aging. At the community-level, concerted efforts are needed to first identify at-risk older adults with MCC, assure their social connectedness with family members and local communities, and closely monitor their mental health status related to MCC. 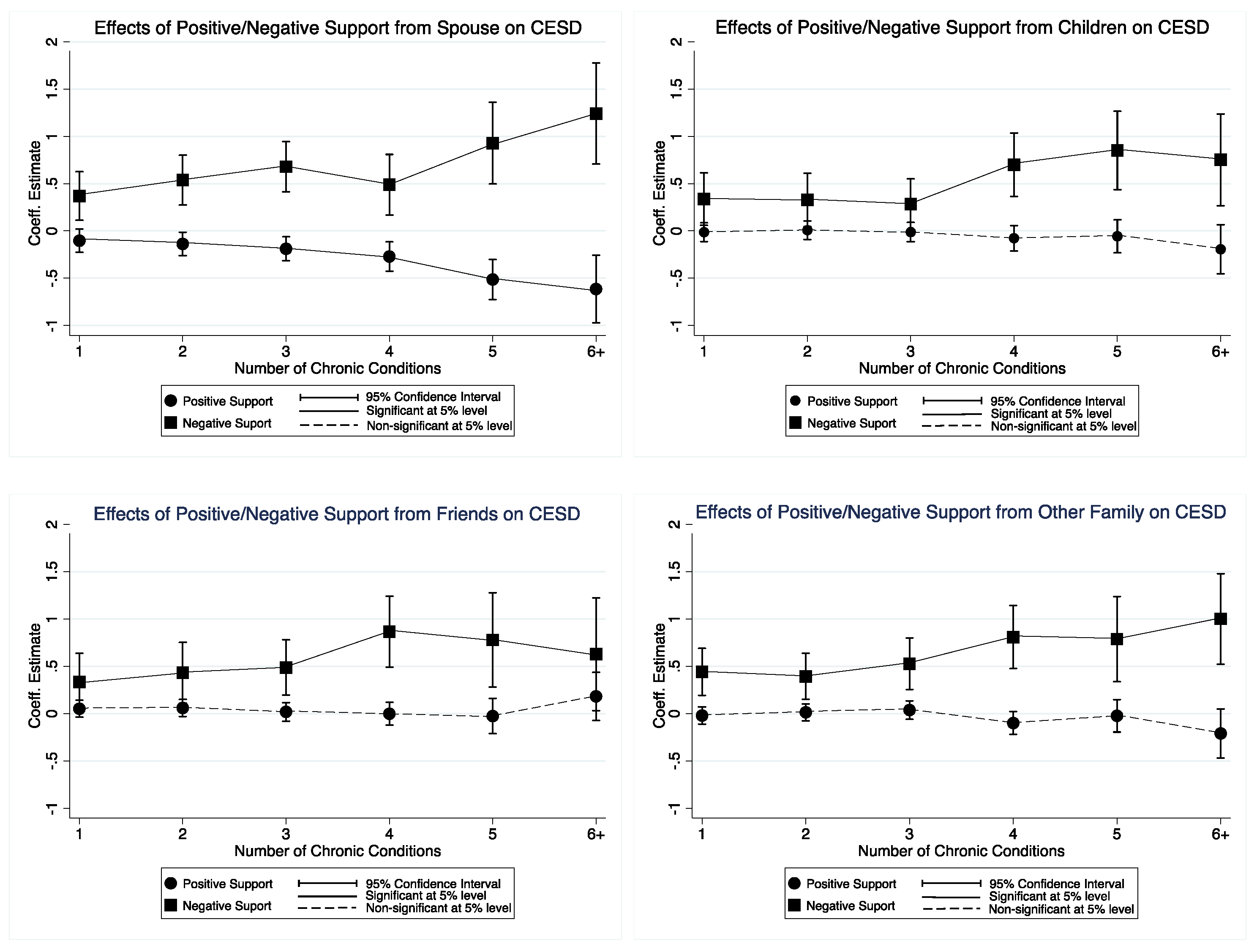 Table 1. Description of variables of interest by wave.
Notes: SD: standard deviation; CESD: Center for Epidemiologic Studies Depression; p-values are based on the t-statistics of the group mean difference tests between the first (2006) and last (2012) waves.
Table 2. Adjusted moderating effect of social support on the association between Multiple Chronic Conditions (MCC) and CESD depression.
Notes: All models (Model 1–8) were independently conducted to investigate the interaction effects between varying types of social support and MCC on CESD depression. We control for age, education, gender, race/ethnicity, and study year (wave) in all models. Standard errors are clustered at the person level. CESD: Center for Epidemiologic Studies Depression. MCC: multiple chronic conditions.