Childhood Health Status and Adulthood Cardiovascular Disease Morbidity in Rural China: Are They Related?
Next Article in Special Issue

The first purpose of the present study was to investigate the role of individual characteristics, i.e., positive and negative affectivity, in explaining the different perception of job control and job demands in a particularly demanding environment such as the healthcare setting. In addition, we aimed to explore the mediational role of work engagement and workaholism using the Job Demands-Resources Model as a theoretical framework. Data were collected using a sample of 269 Italian head physicians working in nine general hospitals. To test our hypotheses, the collected data were analyzed with structural equation modeling. Moreover, Sobel Test and bootstrapping were employed to assess the mediating hypotheses. Our results indicated that positive affectivity is related to work engagement, which, in its turn, showed a positive association with job control. In addition, workaholism mediated the relationship between negative affectivity and job demands. All in all, this study represents a first attempt to explore the role of trait affectivity as a dispositional characteristic able to foster the level of work engagement and workaholism exhibited by employees and, in turn, to increase the perceived levels of job control and job demands. View Full-Text
Keywords: affectivity; work engagement; workaholism; job control; job demands; JD-R Model affectivity; work engagement; workaholism; job control; job demands; JD-R Model
►▼ Show Figures 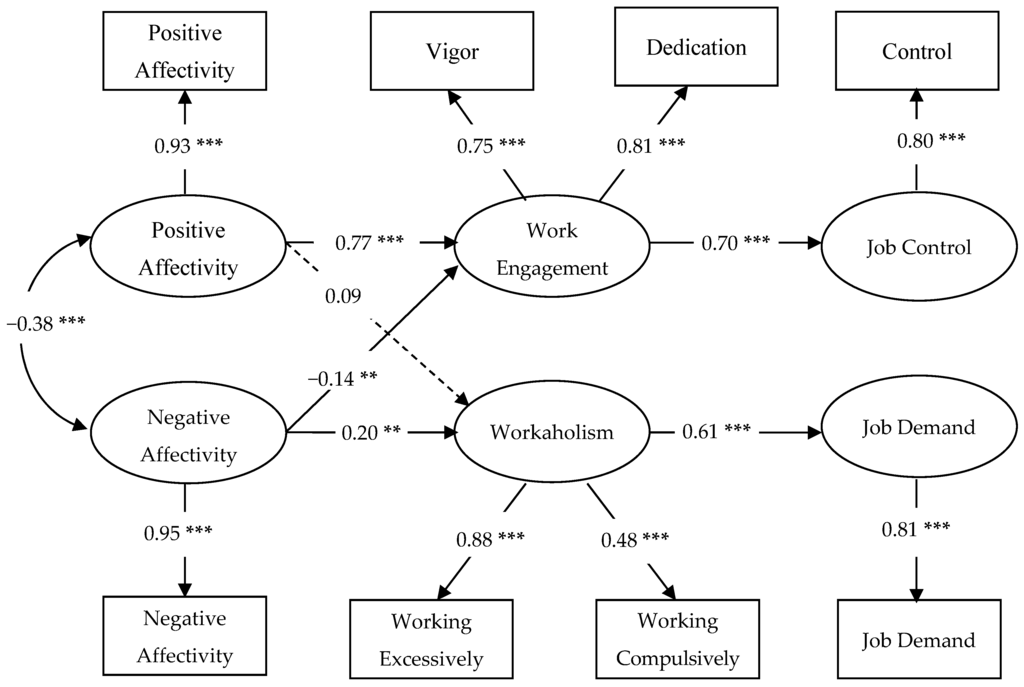