Importance of Macrophyte Quality in Determining Life-History Traits of the Apple Snails Pomacea canaliculata: Implications for Bottom-Up Management of an Invasive Herbivorous Pest in Constructed Wetlands 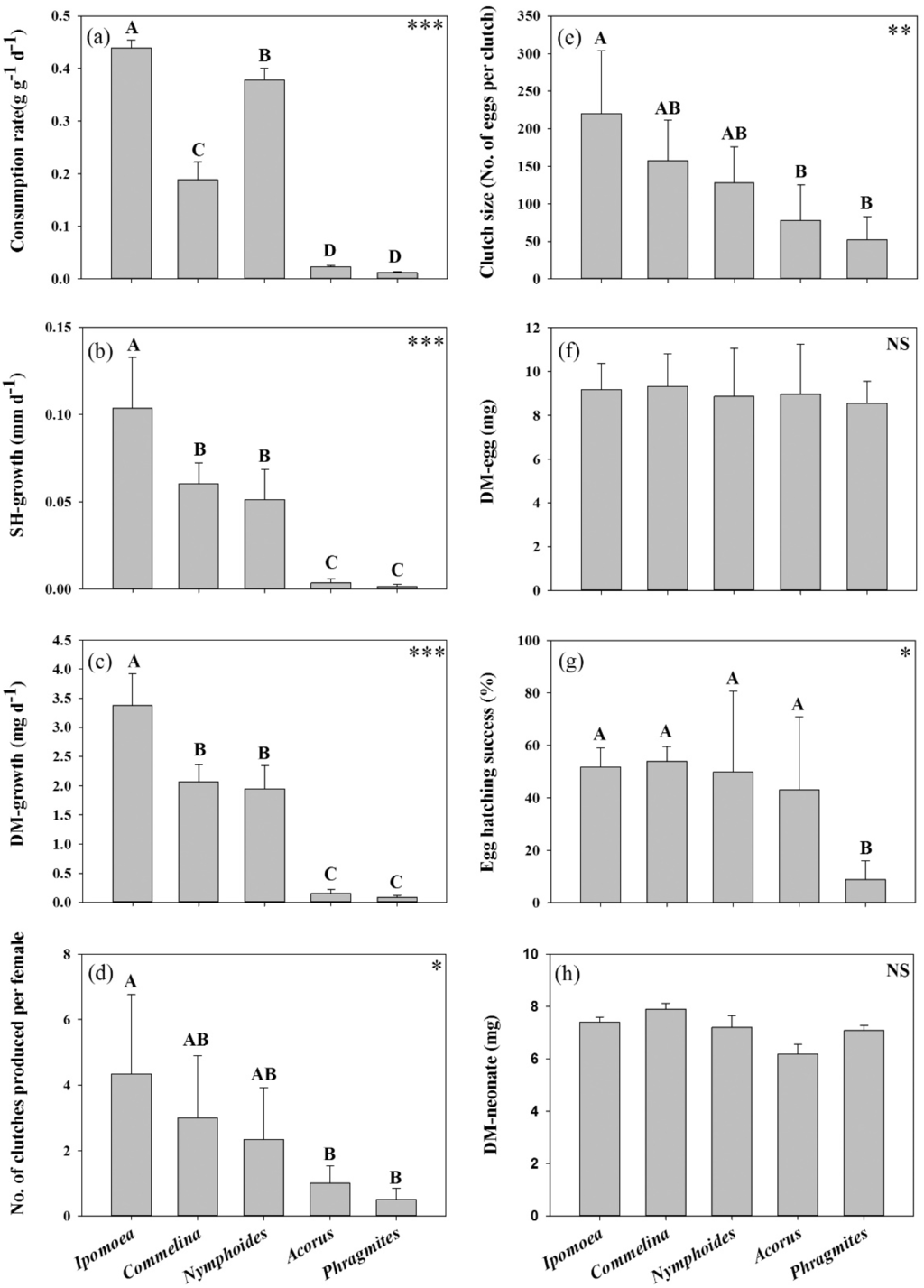