Lifestyle Behaviours Add to the Armoury of Treatment Options for Panic Disorder: An Evidence-Based Reasoning

Annoyance Caused by Noise and Air Pollution during Pregnancy: Associated Factors and Correlation with Outdoor NO2 and Benzene Estimations

This study aimed to describe the degree of annoyance among pregnant women in a Spanish cohort and to examine associations with proximity to traffic, NO2 and benzene exposure. We included 2457 participants from the Spanish Childhood and Environment study. Individual exposures to outdoor NO2 and benzene were estimated, temporally adjusted for pregnancy. Interviews about sociodemographic variables, noise and air pollution were carried out. Levels of annoyance were assessed using a scale from 0 (none) to 10 (strong and unbearable); a level of 8 to 10 was considered high. The reported prevalence of high annoyance levels from air pollution was 11.2% and 15.0% from noise; the two variables were moderately correlated (0.606). Significant correlations between NO2 and annoyance from air pollution (0.154) and that from noise (0.181) were observed. Annoyance owing to noise and air pollution had a low prevalence in our Spanish population compared with other European populations. Both factors were associated with proximity to traffic. In multivariate models, annoyance from air pollution was related to NO2, building age, and country of birth; annoyance from noise was only related to the first two. The health burden of these exposures can be increased by stress caused by the perception of pollution sources. View Full-Text
Keywords: annoyance; benzene; environmental pollution; pregnancy; nitrogen dioxide; noise annoyance; benzene; environmental pollution; pregnancy; nitrogen dioxide; noise
►▼ Show Figures 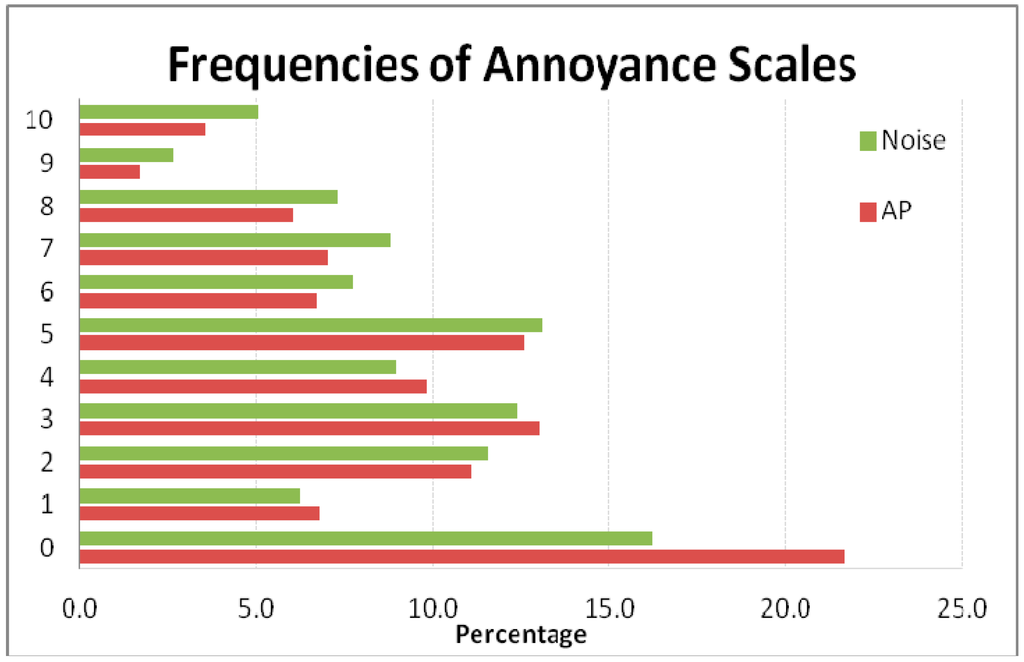