Pooling Bio-Specimens in the Presence of Measurement Error and Non-Linearity in Dose-Response: Simulation Study in the Context of a Birth Cohort Investigating Risk Factors for Autism Spectrum Disorders
Next Article in Special Issue

Prevalence of Diabetes and Impaired Fasting Glucose in Hypertensive Adults in Rural China: Far from Leveling-Off

In recent years data from many investigations has shown a leveling–off trend in diabetes incidence. In order to explain the diabetes epidemic in rural China during the past ten years, we conducted a survey from July 2012 to August 2013. Data from comprehensive questionnaires, physical examinations, and blood tests were obtained from 5919 residents with hypertension, aged ≥ 35 years. Diabetes and impaired fasting glucose (IFG) were defined according to the American Diabetes Association (ADA) criteria. The overall prevalence of diabetes and IFG were 15.3% (13.6% in men, 16.8% in women) and 40.7% (44.1% in men, 34.7% in women) in the hypertensive rural Chinese population. The prevalence of previously diagnosed diabetes was 6.5% (4.6% in men, 8.4% in women). The prevalence of undiagnosed diabetes was 8.7% (9.0% in men, 8.5% in women). Multivariate logistic regression revealed that increasing age, drinking, overweight or obesity, systolic blood pressure, low HDL-C, high total cholesterol and triglycerides increased the risk of diabetes (p < 0.05). Diabetes is thus still prevalent in rural areas of China and is manifesting an accelerating trend. It remains an important public health problem in China, especially in rural areas and routine assessment for the early detection and treatment of diabetes should be emphasized. View Full-Text
Keywords: diabetes; impaired fasting glucose; prevalence; related factor; hypertension diabetes; impaired fasting glucose; prevalence; related factor; hypertension
►▼ Show Figures 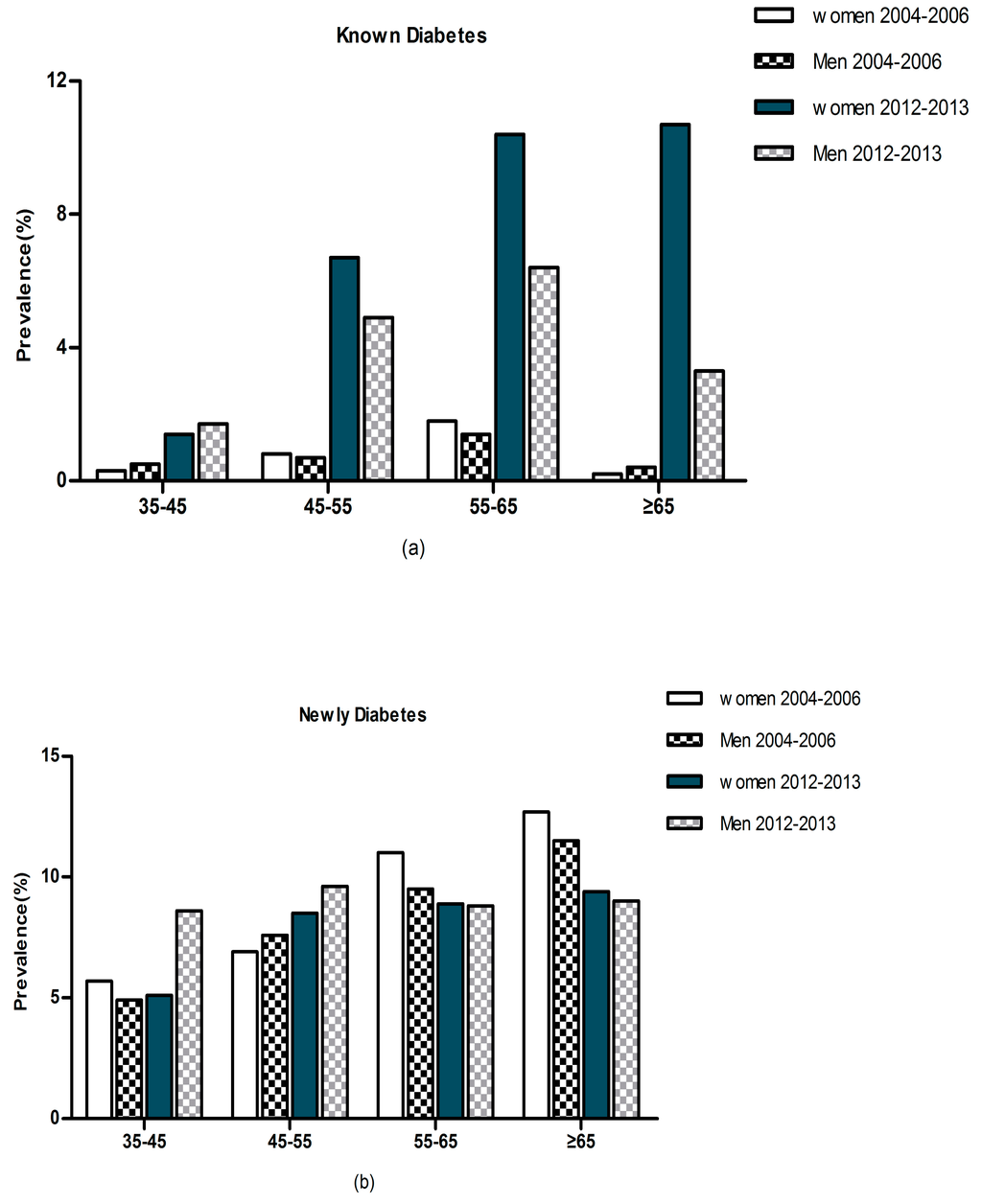