The Brazilian poultry industry generates large amounts of organic waste, such as chicken litter, which is often used in agriculture. Among the bacteria present in organic fertilizer are members of the Enterobacteriaceae family. The objective of this study was to detect the presence of diarrheagenic Escherichia coli (DEC) strains in avian organic fertilizer, and assess the potential damage they can cause in humans due to antimicrobial resistance. The presence of DEC pathotypes and phylogenetic groups were detected by multiplex-PCR. Phenotypic assays, such as tests for adhesion, cytotoxicity activity, biofilm formation and especially antimicrobial susceptibility, were performed. Fifteen DEC strains from 64 E. coli were isolated. Among these, four strains were classified as enteropathogenic (EPEC; 6.2%), three strains as Shiga toxin-producing (STEC; 4.7%), 10 strains as enteroaggregative (EAEC; 12.5%), but two of these harbored the eaeA gene too. The low number of isolated strains was most likely due to the composting process, which reduces the number of microorganisms. These strains were able to adhere to HEp-2 and HeLa cells and produce Shiga-toxins and biofilms; in addition, some of the strains showed antimicrobial resistance, which indicates a risk of the transfer of resistance genes to human E. coli. These results showed that DEC strains isolated from avian organic fertilizers can cause human infections. View Full-Text
Keywords: Escherichia coli; diarrheagenic; organic fertilizer; avian; zoonotic risk; composting Escherichia coli; diarrheagenic; organic fertilizer; avian; zoonotic risk; composting
►▼ Show Figures 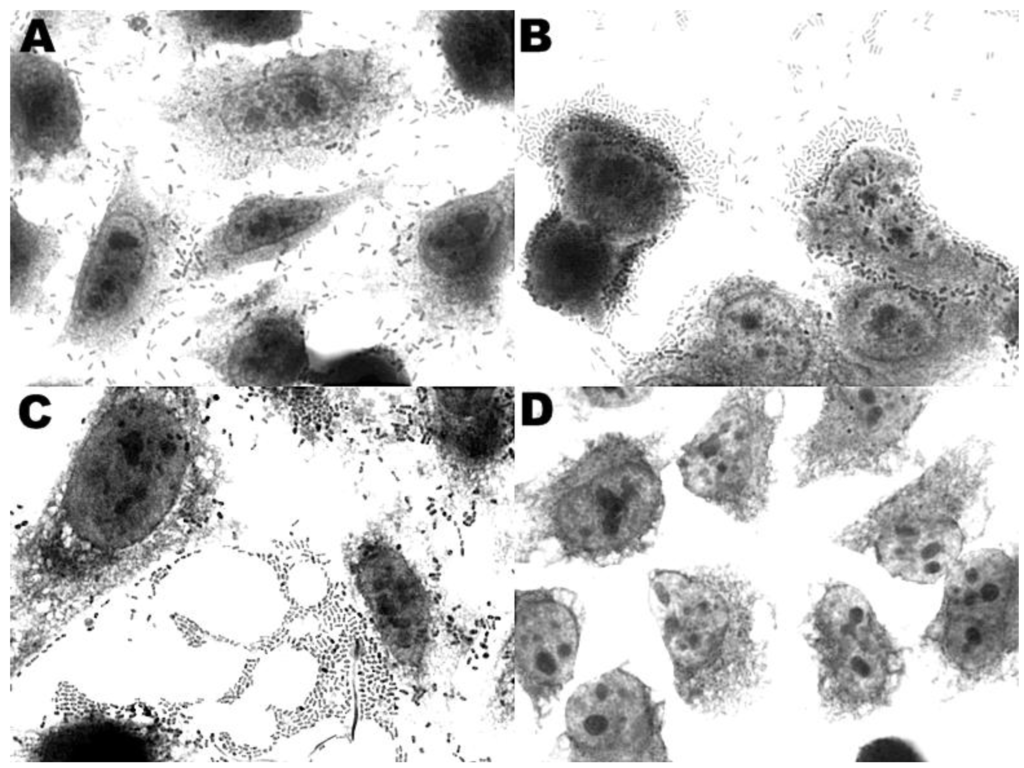