Chitosan-Genipin Microspheres for the Controlled Release of Drugs: Clarithromycin, Tramadol and Heparin

The aim of this study was to first evaluate whether the chitosan hydrochloride-genipin crosslinking reaction is influenced by factors such as time, and polymer/genipin concentration, and second, to develop crosslinked drug loaded microspheres to improve the control over drug release. Once the crosslinking process was characterized as a function of the factors mentioned above, drug loaded hydrochloride chitosan microspheres with different degrees of crosslinking were obtained. Microspheres were characterized in terms of size, morphology, drug content, surface charge and capacity to control in vitro drug release. Clarithromycin, tramadol hydrochloride, and low molecular weight heparin (LMWH) were used as model drugs. The obtained particles were spherical, positively charged, with a diameter of 1–10 μm. X-Ray diffraction showed that there was an interaction of genipin and each drug with chitosan in the microspheres. In relation to the release profiles, a higher degree of crosslinking led to more control of drug release in the case of clarithromycin and tramadol. For these drugs, optimal release profiles were obtained for microspheres crosslinked with 1 mM genipin at 50 ºC for 5 h and with 5 mM genipin at 50 ºC for 5 h, respectively. In LMWH microspheres, the best release profile corresponded to 0.5 mM genipin, 50 ºC, 5 h. In conclusion, genipin showed to be eligible as a chemical-crosslinking agent delaying the outflow of drugs from the microspheres. However, more studies in vitro and in vivo must be carried out to determine adequate crosslinking conditions for different drugs. View Full-Text
Keywords: chitosan; genipin; microspheres; controlled release; clarithromycin; tramadol; heparin chitosan; genipin; microspheres; controlled release; clarithromycin; tramadol; heparin
►▼ Show Figures 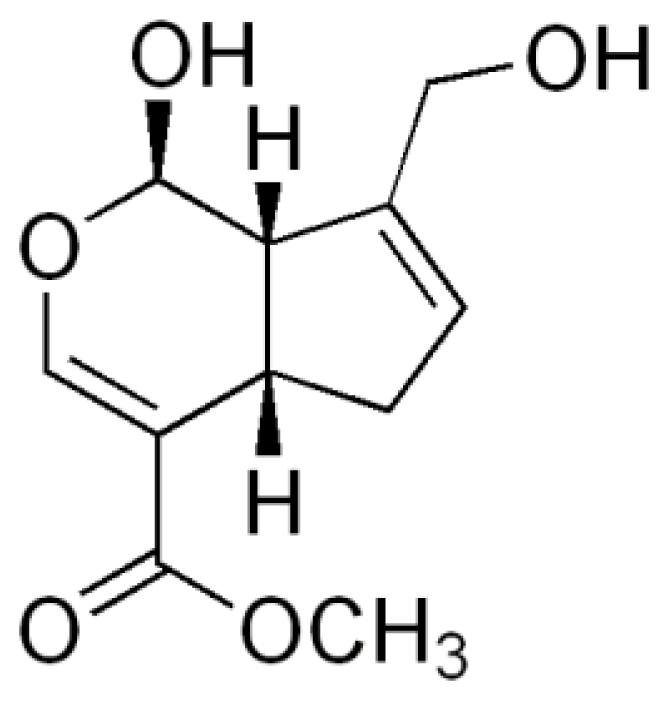