Immune-Enhancement and Anti-Inflammatory Activities of Fatty Acids Extracted from Halocynthia aurantium Tunic in RAW264.7 Cells
Next Article in Special Issue

Marine Cryptophytes Are Great Sources of EPA and DHA

Transcriptomic Profiling and Gene Disruption Revealed that Two Genes Related to PUFAs/DHA Biosynthesis May be Essential for Cell Growth of Aurantiochytrium sp.

Aurantiochytrium sp. PKU#SW7 is a thraustochytrid strain that was found to exhibit high potential for docosahexaenoic acid (DHA, C22:6n-3) production. In this work, the transcriptome of Aurantiochytrium sp. PKU#SW7 was analyzed for the study of genes involved in basic metabolic functions and especially in the mechanisms of DHA biosynthesis. Sequence annotation and functional analysis revealed that the strain contains components of fatty acid synthesis (FAS) and polyketide synthase (PKS) pathways. Fatty acid desaturases and elongases were identified as components of FAS pathway, whilst key components of PKS pathway were also found in the cDNA library. The relative contribution of the two pathways to the synthesis of DHA was unknown, as both pathways appeared to be lacking full complement of genes for standalone synthesis of DHA. Further analysis of two putative genes encoding the very-long-chain (3R)-3-hydroxyacyl-CoA dehydratase and dehydrase/isomerase involved in FAS and PKS pathways, respectively, revealed that under various salinity conditions, their relative expression levels changed corresponding to the variation of DHA content in Aurantiochytrium sp. Independent knock outs of these genes in Aurantiochytrium sp. resulted in poor cell growth, probably due to little or no intracellular DHA accumulation. Hence, it can be speculated that both genes are engaged in DHA biosynthesis and DHA in Aurantiochytrium sp. could be produced by jointed actions of both FAS and PKS systems. View Full-Text
Keywords: thraustochytrid; Aurantiochytrium; transcriptome; very-long-chain (3R)-3-hydroxyacyl-CoA dehydratase; dehydrase/isomerase thraustochytrid; Aurantiochytrium; transcriptome; very-long-chain (3R)-3-hydroxyacyl-CoA dehydratase; dehydrase/isomerase
►▼ Show Figures 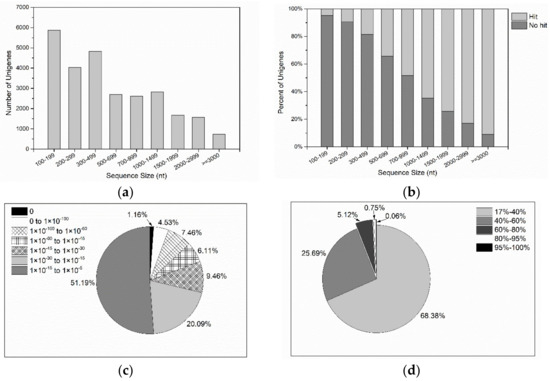