Neuroprotective Effects of the Cultivated Chondrus crispus in a C. elegans Model of Parkinson’s Disease

Parkinson’s disease (PD) is the second most common neurodegenerative disorder in the elderly people, currently with no cure. Its mechanisms are not well understood, thus studies targeting cause-directed therapy or prevention are needed. This study uses the transgenic Caenorhabditis elegans PD model. We demonstrated that dietary supplementation of the worms with an extract from the cultivated red seaweed Chondrus crispus decreased the accumulation of α-synulein and protected the worms from the neuronal toxin-, 6-OHDA, induced dopaminergic neurodegeneration. These effects were associated with a corrected slowness of movement. We also showed that the enhancement of oxidative stress tolerance and an up-regulation of the stress response genes, sod-3 and skn-1, may have served as the molecular mechanism for the C. crispus-extract-mediated protection against PD pathology. Altogether, apart from its potential as a functional food, the tested red seaweed, C. crispus, might find promising pharmaceutical applications for the development of potential novel anti-neurodegenerative drugs for humans. View Full-Text
Keywords: Chondrus crispus; neuroprotective effect; oxidative stress; Parkinson’s disease Chondrus crispus; neuroprotective effect; oxidative stress; Parkinson’s disease
►▼ Show Figures 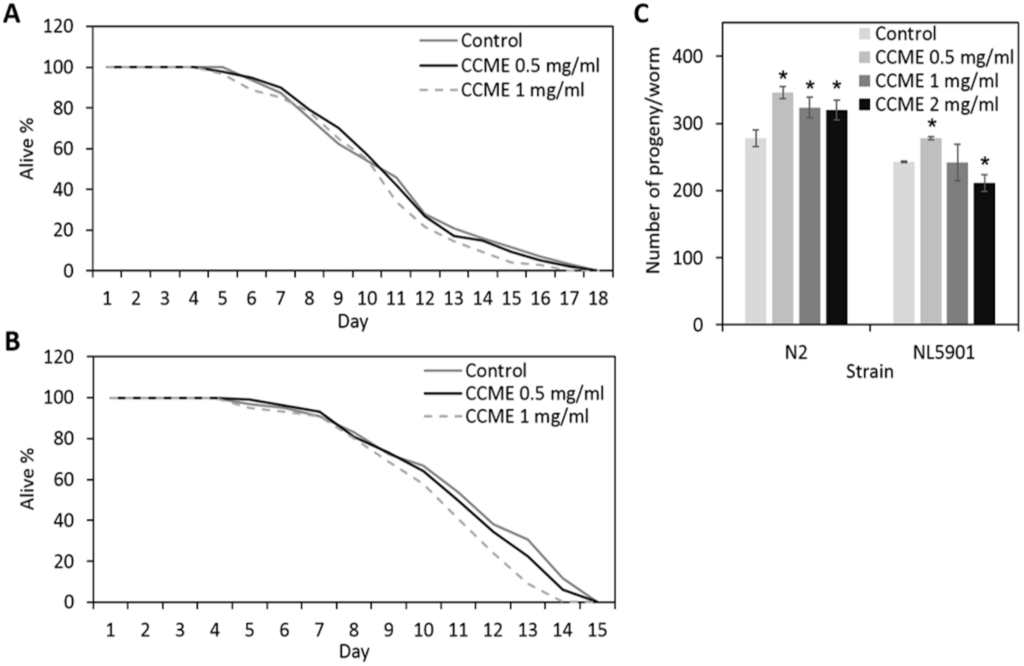