A Collaborative Evaluation of LC-MS/MS Based Methods for BMAA Analysis: Soluble Bound BMAA Found to Be an Important Fraction
Previous Article in Journal

Azaspiracid-1 is an algal toxin that accumulates in edible mussels, and ingestion may result in human illness as manifested by vomiting and diarrhoea. When injected into mice, it causes neurotoxicological symptoms and death. Although it is well known that azaspiracid-1 is toxic to most cells and cell lines, little is known about its biological target(s). A rat PC12 cell line, commonly used as a model for the peripheral nervous system, was used to study the neurotoxicological effects of azaspiracid-1. Azaspiracid-1 induced differentiation-related morphological changes followed by a latter cell death. The differentiated phenotype showed peripherin-labelled neurite-like processes simultaneously as a specific isoform of peripherin was down-regulated. The precise mechanism behind this down-regulation remains uncertain. However, this study provides new insights into the neurological effects of azaspiracid-1 and into the biological significance of specific isoforms of peripherin. View Full-Text
Keywords: azaspiracid; algal toxin; neurotoxin; peripherin; intermediate filament; isoform; PC12 cells azaspiracid; algal toxin; neurotoxin; peripherin; intermediate filament; isoform; PC12 cells
►▼ Show Figures 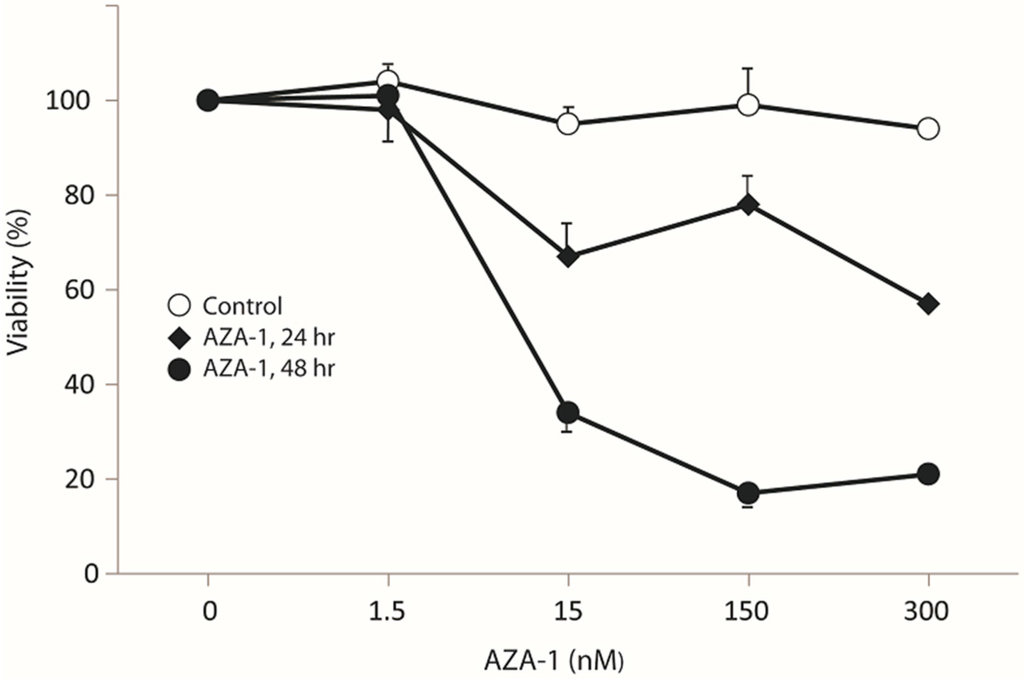