Acknowledgment to Reviewers of Pharmaceuticals in 2020
Previous Article in Journal

We investigated the comparative age-related efficacy of dimethyl fumarate (DMF) and natalizumab (NTZ) in clinical practice on multiple sclerosis (MS). Research in this area is lacking in the previous literature. In a three-year retrospective and clinical–paraclinical study, we compared 173 DMF patients and 94 NTZ patients with a similar average age (40 years) and disease duration (DD) (10 years). Expanded Disability Status Scale (EDSS) scores were higher in the NTZ group than in the DMF group at 3.5 vs. 2.5, respectively (p = 0.001). However, in both groups, age values correlated with DD (r = 0.42; p < 0.001), EDSS (r = 0.52; p < 0.001) and age at onset (r = 0.18; p < 0.001). Furthermore, age-adjusted Kaplan–Meier curves showed that NTZ-treated subjects maintained a 1.0–3.0 EDSS status score (p = 0.003) more frequently and a 3.5–7.0 score (p = 0.022) significantly less frequently compared with DMF-treated subjects. The EDSS percentage mean difference between NTZ and DMF groups was 81.6%, decreasing inversely with age (r = −0.34; p < 0.001). Finally, high EDSS score values were reached at the age of 39–40 years, regardless of their experimental group. We demonstrated age as a major contributor in disability and response to therapy in current management of MS. Thus, age should be considered in the risk/benefit evaluation in decision making for the disease modifying treatments in MS.
Keywords: dimethyl fumarate; natalizumab; drug efficacy; multiple sclerosis dimethyl fumarate; natalizumab; drug efficacy; multiple sclerosis

In the epoch of great development of biotechnologies, several disease-modifying therapies (DMTs) have been devised for different clinical phenotypes and for their neurological impact in the management of multiple sclerosis (MS). Thus, mild–moderate MS as well as highly active MS can now be targeted using first-line and second-line therapies, respectively. However, although randomized clinical trials (RCTs) are based on widely accepted scientific research methods, including case–control methods, blinded or double-blinded methodologies and logistic, stepwise or multivariate regression analysis, they present a significant confounding bias: the underestimation of age as the main contributor to disability in MS [1,2,3]. This is also the case for dimethyl fumarate (DMF) and natalizumab (NTZ). Specifically, the age of each patient may be a relevant biological factor determining functional changes in the innate and adaptive immune system, in turn influencing MS course and response to therapy [4,5,6,7].
Age implies known prognostic factors, including disease duration (DD) [8] and a number of experienced therapies: the first correlating with the central nervous system’s (CNS) threshold of pathology and disability [2,3], the second with a suboptimal response to DMTs [9]. Finally, the well-known CNS compartmentalization and associated chronic inflammation induce neurodegeneration [10] and a parallel process called terminal differentiation of immune cells [11]. This causes antigen-specific lymphocytes to proliferate less than T cells in MS patients with a short disease duration, a process called immunosenescence that largely correlates with the response of DMTs [12]. Coherently, MS is known to be induced by inflammatory demyelination and axonal loss [13]; the latter process induces end-stage irreversible neurological impairment and the former induces a reversible relapsing neurological dysfunction in the early stages of the disease [14]. Neuroinflammation decreases over time and is driven by peripheral blood mononuclear cells (PBMCs) [14]. In turn, PBMC infiltrates constitute perivascular plaques, but also ectopic subpial lymphatics, thus assuming a significant role in the compartmentalization and chronicization of inflammation [14,15,16,17]. In the late stage of MS, perilesional PBMCs become rare, unlike the increasing ectopic lymphatics, resulting in the lower efficacy of DMTs [15,16,17]. Acting mainly as anti-inflammatory or immunomodulators, DMTs could be less effective in patients with elevated DD and age [18]. However, it has been widely demonstrated that MS presents very different biological and phenotypical spectrums depending not only on which phase of natural history is being considered but also on age [19,20,21], which is known to be the major contributor to disability resulting from MS [1,2,3].
Irrespective of the observations above, the RCTs evaluated MS not as a biological process evolving over time, but as a continuous statistical variable uniformly distributed in the study population, although it was heterogeneous for age, DD and expanded disability status scale (EDSS) score. Despite these considerations, the concept of the age-related efficacy of DMTs is largely missing in the current literature on MS and demyelinating diseases. Furthermore, the implication of age with regard to the risk/benefit balance in clinical practice of MS, if considered, has focused on the risk rather than the benefit.
NTZ is an engineered IgG4 antibody binding to the very-late-activating antigen 4 and alpha-4/beta-7 integrins, resulting in a sequestering effect; DMF is a chemical species of the Krebs cycle which has an immunomodulating effect acting on nuclear factor (erythroid-derived 2)-like 2 (Nrf2) and the hydroxycarboxylic acid receptor 2 (HCAR2), of which it is an agonist. However, even knowing the pharmacodynamics of these molecules, the correlations between clinical and paraclinical variables that rule the efficacy of these DMTs are still unknown in real-world management of MS.
The primary aim of this study was to evaluate, in a real-world setting, the age-related influence on disability among MS patients treated with DMF compared with those treated with NTZ. Secondarily, we aimed to investigate the correlation between age, age at onset of disease, DD and EDSS in MS patients treated with different lines of therapy. Finally, adjusting for age, age at onset and DD in both treatment groups, we wanted to assess the proportion of paraclinical worsening among the patients expressing high EDSS (≥3.5).

We observed two study populations: one consisting of 173 patients treated with DMF and another consisting of 94 patients treated with NTZ. The average age, age at onset of disease and DD were similar between the NTZ and DMF groups. The observational period was 36.0 months (range 24.0–36.0). Mean age was 40.0 and 39.2 years, mean age at onset was 28.4 and 29.1 years, and mean DD was 13.7 and 11.4 years, respectively, for NTZ and DMF populations, with no significant differences between groups (mean p = 0.447). The average EDSS was 3.5 in the NTZ group and 2.5 in the DMF group. This difference was statistically significant (p < 0.001). The sex ratio was 1.3:2.2 in the NTZ-treated group and 1.4:2.7 in the DMF-treated group, in favor of women in both, with no significant difference in the proportion between male and female groups (χ2 = 0.425). The two study populations expressed similar annual relapse rates (ARRs) during the observation period, specifically, 0.19 for NTZ- and 0.21 for DMF-treated MS patients (p = 0.123); however, the first population had a naive patients proportion of 25% compared with 35% in the second one. Table 1 summarizes demographical data with measures of the central tendency and dispersion of the considered variables. Due to the exclusion criteria, we had 26 unconsidered patients (9.8% of the total).
The Spearman rank test evidenced strong statistical correlation between age and DD (r = 0.42; p < 0.001), as well as between age and EDSS (r = 0.52; p < 0.001). Furthermore, DD correlated with EDSS (r = 0.46; p < 0.001), as expected. In all cases, we found a direct and significant statistical correlation between time-dependent variables and EDSS. Consistently, we found a strong direct correlation between the age at onset and age (r = 0.62; p < 0.001), DD (r = 0.37; p < 0.001) and EDSS (r = 0.18; p < 0.001). Figure 1 shows the correlation between age and DD with EDSS-labeled cases from the NTZ- and DMF-treated MS groups.
In both graphics of Figure 1, MS patients with high EDSS are localized after an ideal cut-off vertical line, corresponding to ≥39–40 years of age, suggesting an age-dependent threshold effect for reaching EDSS ≥3.5. We utilized Kaplan–Meier curves to compare reaching an EDSS status score of 1–7 over the long age period in both NTZ- and DMF-treated MS study populations. This analysis evidenced no difference between groups but a substantial overlap among them (p = 0.237), as shown in Figure 2.
However, the same statistical analysis applied to age vs. two ranges of EDSS, 1.0–3.0 and 3.5–7.0, showed evidence of significantly divergent curves, p < 0.001 and 0.022, respectively, as shown in Figure 3.
We assessed the same milestones (EDSS score 1.0–3.0 and 3.5–7.0) with respect to the DD and age at onset. In both cases, Kaplan–Meier curves were much more suggestive, confirming strong correlation between both DD and age at onset with disability in reaching EDSS 1.0–3.0 (p < 0.001 and p = 0.013, respectively) and 3.5–7.0 (p = 0.017 and p < 0.001, respectively) (Figure 4).
We found the differential neurological impairment (DNI) of the NTZ treatment group increased from—600% to 78.5%, moving from the age of 20 to 55 years, with a corresponding EDSS range of 2.0–7.0 (Figure 5).
Specifically, the average value of DNI was −81.6%, corresponding to an EDSS value ranging from 1.8 to 2.0, with a 95% CI ranging from−96% to −67.8%. Finally, the Kaplan–Meier curve represents DNI according to the considered age range (Figure 6).
We found that DNI significantly correlated with age, DD and EDSS according to r = 0.34, p < 0.001; r = 0.29, p < 0.001; and r = 0.68, p < 0.001, respectively. Regarding the differential inhibition of activity progression (DIAP), it assumed almost constant values over the entire observational period, corresponding to an average of 51%. The mean age of all MS patients with disease activity was 39.3 ± 8.4 years. A large proportion of these (46%) worsened clinically without increased lesion load; on the other hand, the remaining worsening patients had increased lesion load, with ages ≤39 years and EDSS ≤ 3.5. Specifically, we found about 9% disease activity per year in the NTZ group and 10.6% in the DMF group. Only about 30% of this activity was sustained by the MRI abnormalities in the first case, while more than 60% was sustained in the second.

R.D.M. made substantial contributions to conceptualization, project administration, supervision, visualization and validation of data; S.O. was involved in drafting the manuscript and revising it critically for important intellectual content; A.D.D. gave final approval of the version to be published. All authors have read and agreed to the published version of the manuscript.

The study was conducted according to the guidelines of the Declaration of Helsinki and approved by the Local Ethics Committee of A.S.L. LE (protocol code 1057/DS of 12/10/2016).

The data presented in this study are available within the article.

We would like to mention the long-standing effort of Gabriella Cretì, the full director of F. Ferrari Casarano Hospital. Moreover, we thank Augusto Rini and Francesca De Robertis for the data collecting. All authors have read the journal’s policy on disclosure of potential conflicts of interest. The authors declare no conflict of interest and no financial support. 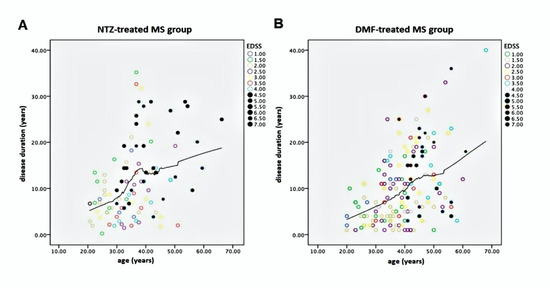 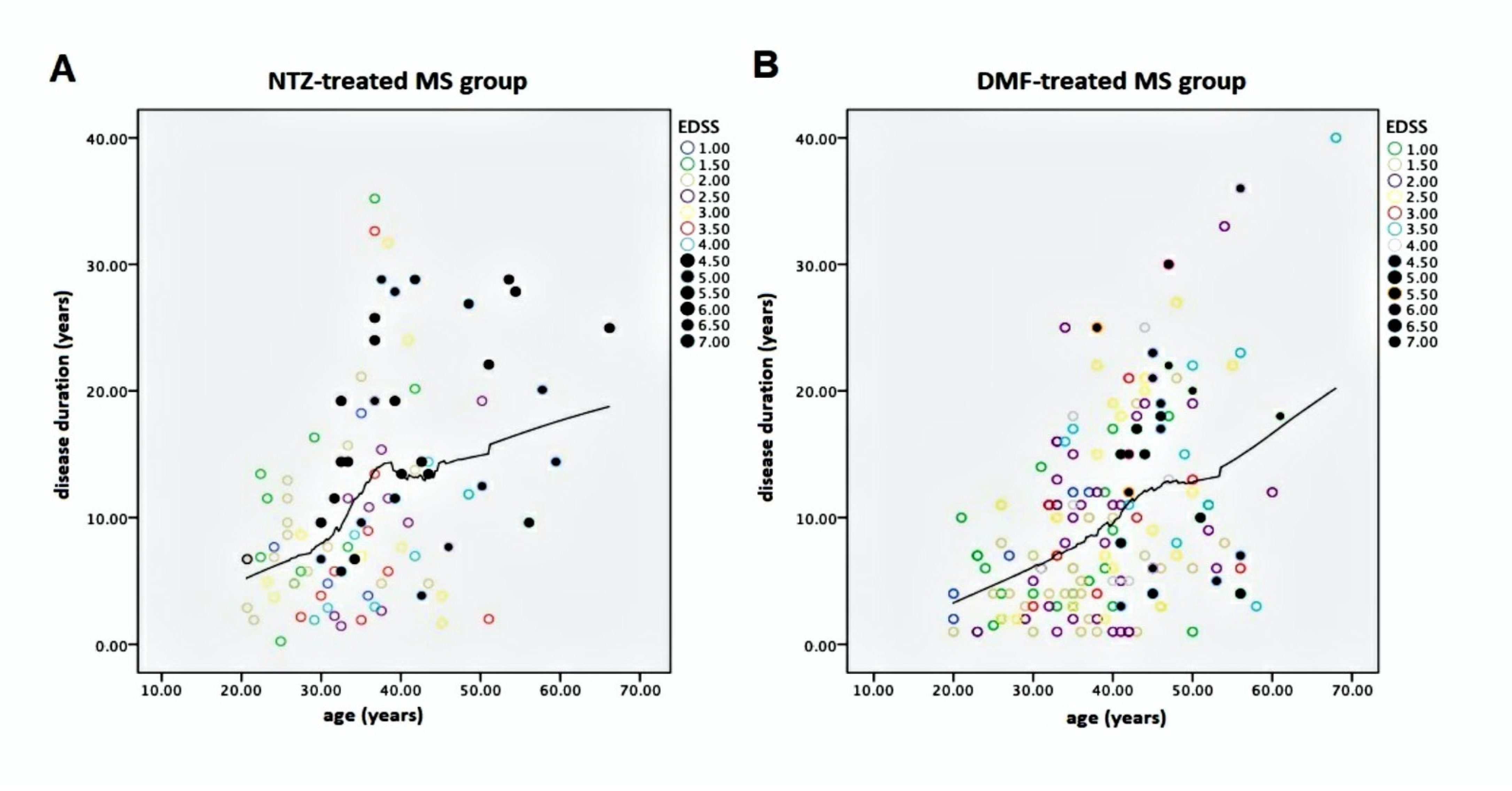 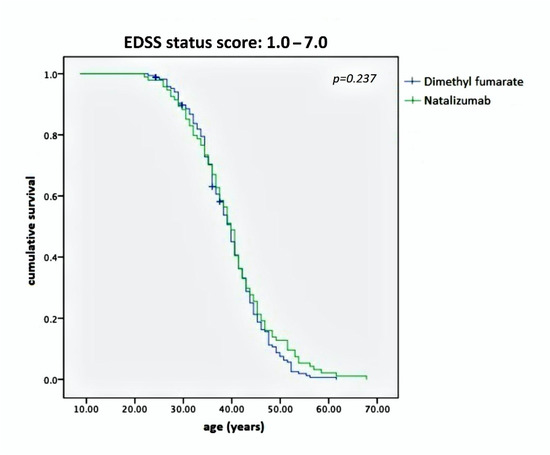 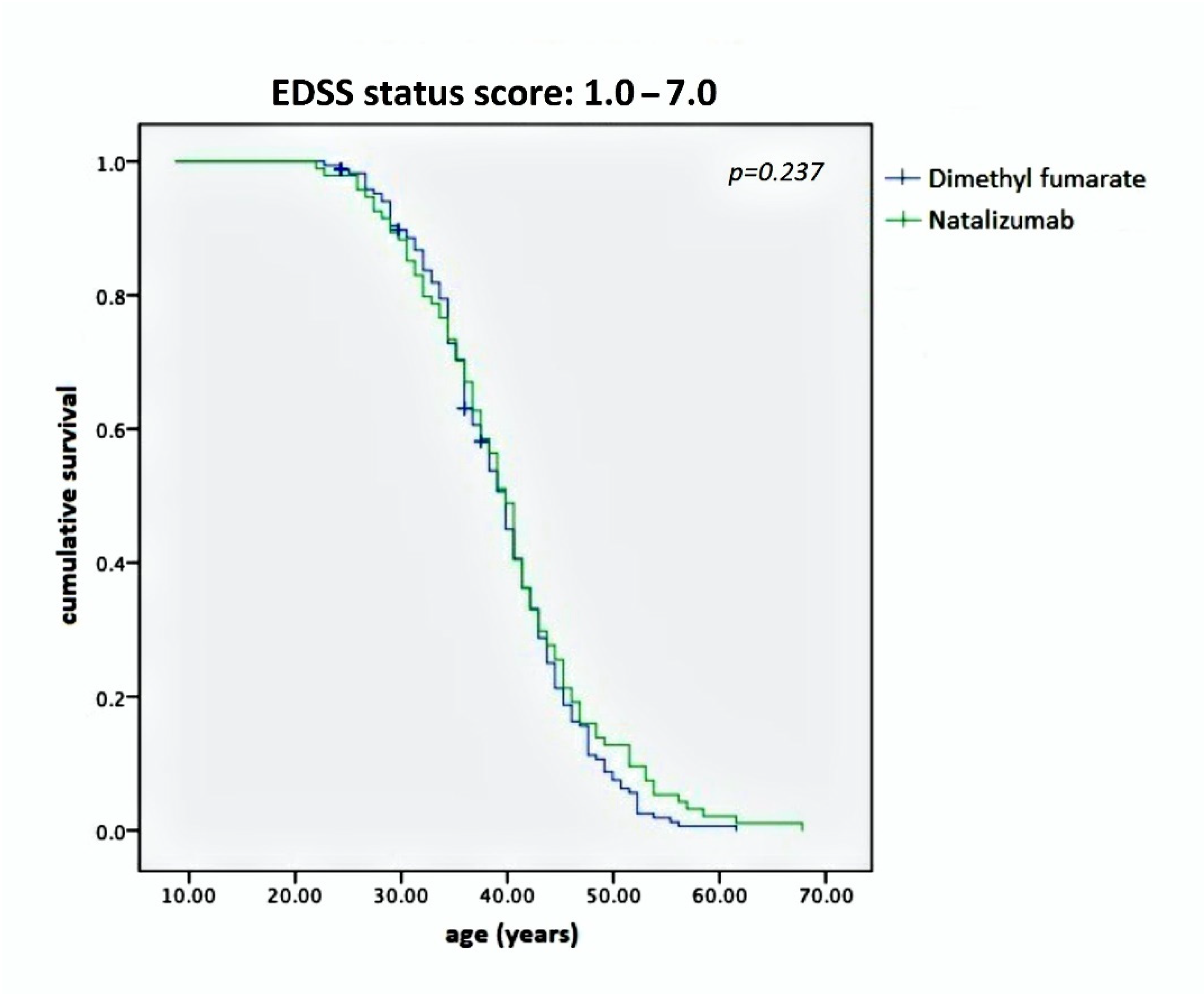 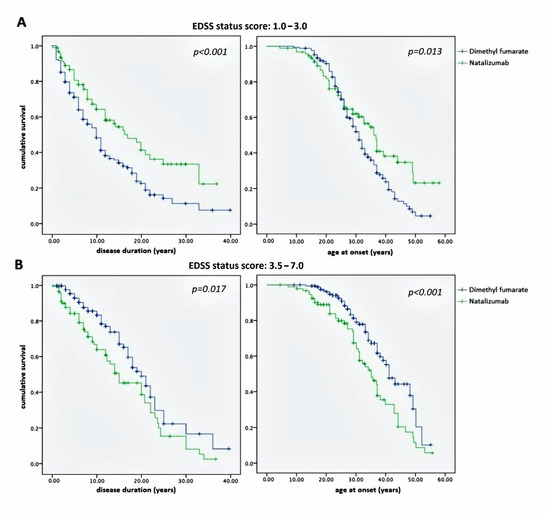 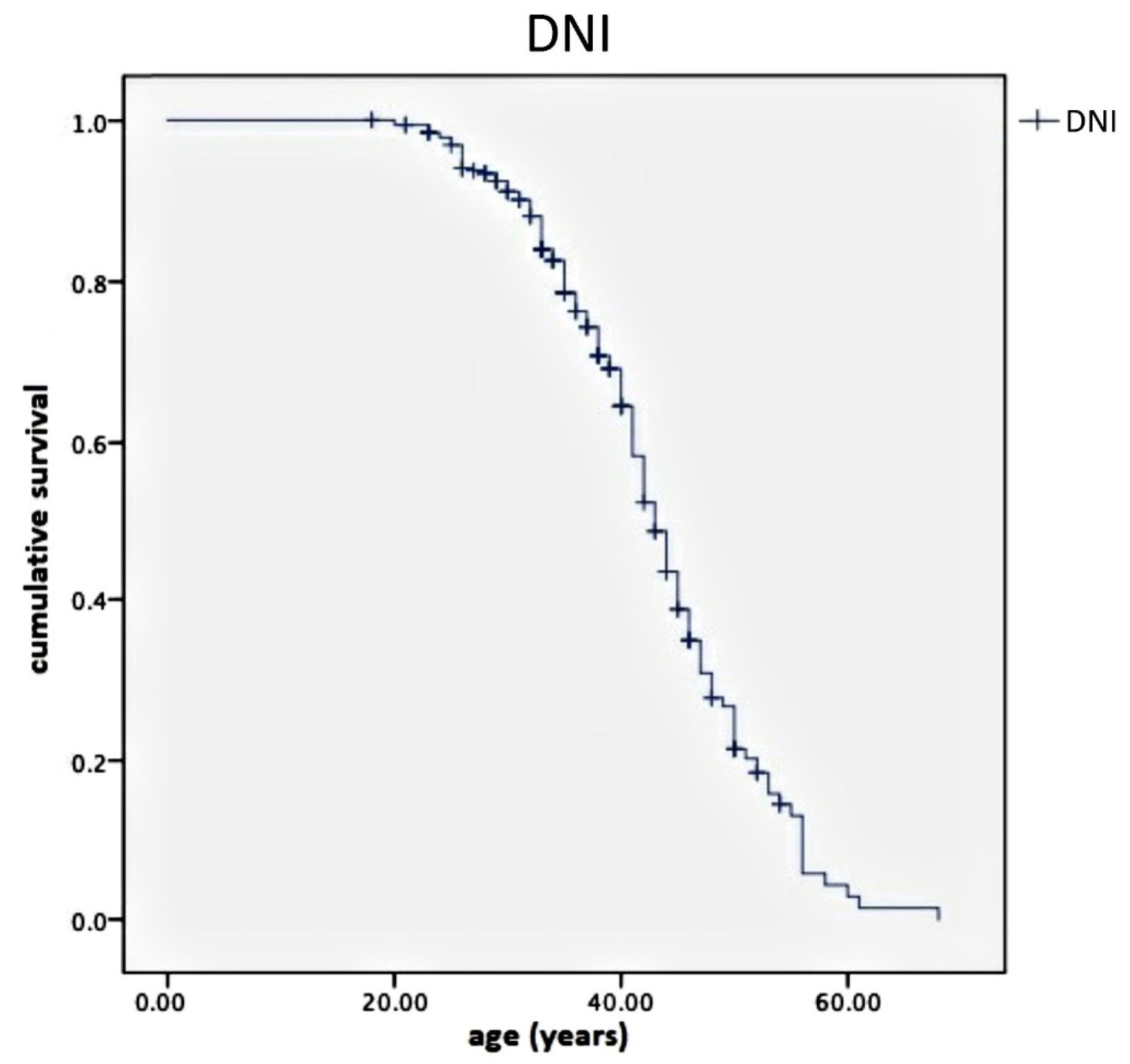