Quartz Microbalance Sensor for the Detection of Acrylamide

Metal and semiconductor nanoparticles have received considerable attention in recent years. They have unique chemical, electrical and optical properties due to their size-dependent properties and quantum-size effect. They are very promising for practical applications in diverse fields such as electronic nanodevices, molecular catalysts, multifunctional reagent and biosensors [1-6]. Nanoparticles are very different from their bulk materials in their electronic, optical and catalytic properties originated from their quantum-scale dimensions [2,7]. As nano-sized Ag is largely different from its bulk counterpart, it would be promising to utilize the self-assembly technique of Ag nanoparticles for a sensing application.
Thiocyanate usually exists in industrial wastewaters, pesticides residues and organism metabolites. It is also present in low concentrations in human serum saliva, and urine. High concentrations of this ion arise from tobacco smoke and clinical studies have shown that the saliva thiocyanate concentration is higher for smokers than for non-smokers. So, the level of thiocyanate is considered to be a good probe for distinguishing between smokers and non-smokers [8]. If the content of SCN- is a little higher in the body than normal, the protein dialysis will be affected and it may even result in coma. Therefore, the determination of the SCN- concentration at low levels is important. Several SCN--selective electrodes, based on a variety of carriers such as organometallic compounds and metalloporphyrin derivatives, have been reported over the past years [9-13]. Because some of these are complicated, laborious to perform, require toxic reagents, etc. it is essential to look for new materials with high sensitivity and efficiency for the detection of SCN-.
In this article, we prepare a Ag nanoparticles modified glassy carbon (GC) electrode. Compared with a silver micro-disk electrode we found that silver nanoparticles have a higher reducibility than bulk silver. Chuan-yi Wang et al. [14] have investigated the adsorption of SCN- on colloidal Ag particles and the accompanying optical effects. In our experiment, we discuss the electrochemical phenomenon of an Ag nanoparticles modified electrode with SCN-. It is found that when SCN- was added to the solution, a new oxidation peak occurred due to the formation of an Ag+-SCN- complex and the anodic peak current of silver nanoparticles is decreased. This new anodic peak current increases when the concentration of SCN- is increasing. We suggest that the following electrode processes took place during the cyclic sweep:
We investigated this phenomenon and found out that the anodic peak current was proportional to the concentration of thiocyanate in the range from 5.0×10-7 to 4.0×10-4 mol/L in 0.1 mol/L, pH 6.0 (PBS). The limit of detection was 4×10-8 mol/L. The limit of detection is better than for some reported electrodes [13] and is several orders of magnitude lower than the thiocyanate concentration in biological samples [8]. Thus, this modified electrode makes it possible to determine thiocyanate in practical samples. We apply this electrode to investigate saliva of smokers and non-smokers and the results are presented. The sensor is a new application of Ag nanoparticles.

Silver nitrate (AgNO3), sodium borohydride (NaBH4) and other reagents used in this investigation were of analytical grade and were used without further purification. PBS was prepared from NaH2PO4 and Na2HPO4 (0.1 mol/L) and the pH was adjusted with 0.1 mol/L H3PO4 and 0.1 mol/L NaOH solutions. All aqueous solutions used in this experiment were double-distilled with a quartz apparatus. Oxygen was removed by purging with high-purity nitrogen for 10 min., and a nitrogen atmosphere was kept over the solution during measurements. All electrochemical experiments were carried out at room temperature.

The oleate-stabilized silver nanoparticles were synthesized by NaBH4 reduction [15]. Figure 1(a) shows the characteristic UV-vis absorption of the hydrosol of oleate-capped silver nanoparticles. The extinction band appeared at 414 nm with a full width at half-maximum of 79 nm, characteristic of rather monodispersed small silver particles. The nanoparticles were examined by TEM as shown in Figure 1(b). Statistical analysis gives a mean diameter (D) of 21.6 nm.

Before modification, the bare GC electrode of 2.0 mm diameter was polished successively with an Al2O3 (0.3 and 0.05 μm) slurry on empery paper and sonicated in HNO3, acetone and double-distilled water for 10 min., respectively. Then, the polished electrode was immersed into the as-prepared nano-sized Ag colloid solution for 30 min. After evaporation of the solvent water, the Ag nanoparticles modified GC electrode was obtained.

Cyclic voltammetric (CV) experiments were performed at silver nanoparticles modified GC electrode in PBS and a couple of redox peaks were observed, as shown in Fig. 3(a). When SCN- was added to the solution, a new oxidation peak occurred due to the formation of a Ag+-SCN- complex and the anodic peak current for the of silver nanoparticles decreased. The new anodic peak current increased with the concentration of SCN- increasing. Based on this phenomenon, the determination of SCN- with this modified electrode should be possible. Because the anodic peak potential changed more obviously, it has been chosen for investigation.

For optimizing the determination conditions of SCN-, a number of buffer systems were tested including 0.1 mol/L HAc-NaAc, PBS, Tris-HAc, potassium acid phthalate, and sodium citrate. In general, a somewhat higher sensitivity and better peak shape were obtained in PBS. Thus, measurements were carried out in 0.1 mol/L PBS. Another reason to choose PBS as supporting electrolyte is that it is similar to the environment of SCN- in organism.

The effect of pH on the response of SCN- at the modified electrode was investigated with pH 3.5, 4.0, 4.5, 5.0, 5.5, 6.0, 6.5 and 7.0, respectively. The results showed that the peak currents increased with the increasing pH until it reached 6.0. Then the anodic and cathodic peak currents decreased with increasing pH value. Therefore, 0.1 mol/L, pH 6.0, PBS as supporting electrolyte has been chosen in the following experiments.

Effect of the scan rate

The relationship between the peak current and the scan rate is shown in Figure 4. In this investigation it is found that scan rates from 20 to 180 mV/s show a linear response on the peak current at the modified electrode in the presence of SCN-. The result indicated that the electron-transfer reaction was controlled by adsorption. In order to identify the electrode-reaction process, a continuous CV experiment was carried out. It is found from continuous cyclic voltammograms that the peak current of the first CV was more than that of the second one and after the third CV, the peak current tended to be stable, which also revealed that the adsorptive process controlled the process of electrode reaction. Therefore, the contribution of adsorption plays a more important role in the electrode process.

Reproducibility and stability of the modified electrode

The injection of thiocyanate was analysed by standard addition method using the proposed analytical methods described above. We investigated the saliva of five smokers and non-smokers, respectively. The results were shown in Table 1. The results show that the proposed methods could be efficiently used for the determination of thiocyanate in practical samples.
The accuracy of the proposed method was further validated by comparison of the found values with those estimated by the reference methods for SCN- [16]. The results are shown in Table 2. The experimental results verified the accuracy of the propose method as good.

The present work reveals the fact that nano-sized Ag is largely different from the bulk counterpart and it shows a surprisingly high electro-reductive activity. The electrode can detect SCN- at the sub-micromolar level. The potential application of a nano-sized Ag modified electrode for the fabrication of a voltammetric SCN- sensor is demonstrated for the first time in electrochemistry. The proposed method can be applied for the detection of SCN- in practical samples. It shows excellent sensitivity, good selectivity and antifouling properties.

This work was financially supported by The Science and Technology Foundation of Ministry of Education of China (No.00117). 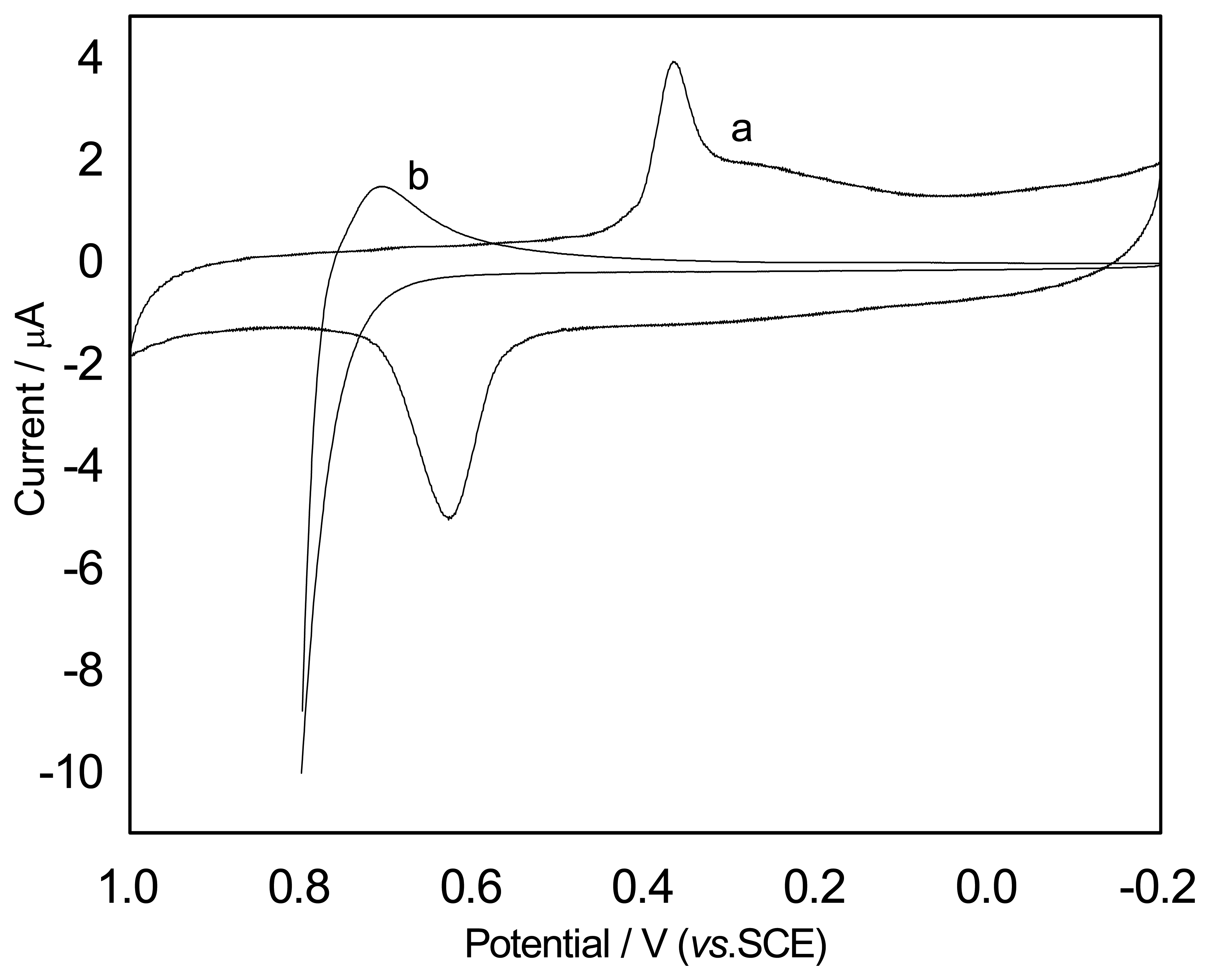 Table 1. Determination of thiocyanate in practical samples.
Table 2. Accuracy of the proposed method.

© 2004 by MDPI ( http://www.mdpi.net). Reproduction is permitted for non-commercial purposes.