In modern industry, 3D metrology is an important technology, based on various methods. Optical metrology and non-optical metrology are the two categories of 3D metrology [1]. Non-optical 3D metrology methods may use a coordinate measuring machine (CMM), a scanning electron microscope, and a scanning probe microscope [2,3], whereas optical 3D metrology methods may employ chromatic confocal microscopy, point autofocus instruments, focus variation instruments, phase-shifting interferometry, coherence scanning interferometry, imaging confocal microscopy, and stereo vision. An overview of such methods was presented in detail [4,5,6]. Each 3D metrology method has its own properties and differs in application areas, measurement accuracy, scale, efficiency, cost, etc. Optical metrology procedures are often fast, precise, and non-destructive of the measured objects. Stereo vision, which uses two cameras with spherical lenses, is a frequently used optical metrology approach [7,8,9]. The measuring precision of stereo vision can range from several microns to several millimeters, depending on the measured area and the spherical lenses used. The most challenging aspect of stereo vision involves the extraction of the corresponding points from stereo images. Projectors are widely used to generate structured light to achieve high-quality corresponding points [10]. Stereo vision has been widely used in many areas, such as industry metrology, agriculture, daily living, etc. [11,12]
Anamorphic lenses are increasingly employed in the film industry to capture wide images for broad screens [13,14,15]. Anamorphic lenses are distinguished by two characteristics: double focal lengths and double optical centers [16,17,18]. Double focal lengths means the focal lengths differ greatly in the tangential and sagittal planes. This characteristic of anamorphic lenses is often used in the film industry, as it allows images to be compressed horizontally. Metrology, physics, and some optical imaging applications also use anamorphic lenses [19,20,21,22]. Double optical centers means there are two optical centers, one in the tangential plane and the other in the sagittal plane. The distance between the two optical centers is the anamorphic distance, which is an intrinsic quantity for anamorphic lenses. The anamorphic distance will provide anamorphic images with more 3D information, making anamorphic lenses considerably more suitable for 3D metrology. H. Durko used anamorphic lenses for measuring parts with large aspect ratios [23]. F. Blais performed an exploratory calibration of anamorphic lenses based on a pinhole imaging model [24]. In our previous work, a high-precision anamorphic lens calibration method was proposed with 3D and 2D calibration targets [16,25].
In this study, a novel 3D metrology method using one camera with rotating anamorphic lenses is proposed based on its characteristic of double optical centers. When the anamorphic lens rotates −90° around its optical axis, the 3D data of the measured object can be reconstructed from the two anamorphic images captured before and after the anamorphic rotation. The rest of this paper is organized as follows. Section 2 presents the anamorphic lens imaging model as well as the anamorphic distortion model. Section 3.1 describes the 3D reconstruction process employing rotating anamorphic lenses. Section 3.2 describes the point matching approach, and Section 3.3 depicts the rotating anamorphic stereo vision. Section 4 describes the experiments and evaluates the proposed method’s measurement accuracy. Finally, Section 5 concludes the paper.

As shown in Equation (14), the pixel error was the main source of error for this metrology, though other parameters such as ad, fx, and fy are also very important. This method’s measuring principle is based primarily on the anamorphic distance, which changes the image position compared to spherical lenses. The anamorphic distance ad shown in Section 4.1 was small in comparison to the object distance; thus, any small pixel position error would have a significant impact on the measurement results. From Equation (7), we have: where δxh, δxv, and δyv are the pixel errors. If we substitute the pixel errors in Equation (14) with δ, the point error can be deduced from Equation (14) as follows: where the coefficients x2y2, x2, x1y1, and y2 in Equation (15) are given by:
To further evaluate the measurement accuracy, we conducted two simulation experiments. The simulation anamorphic lens was the same as the anamorphic lens shown in Section 3.2: fx = 12 mm, fy = 16 mm, aa = 0°, and ad = 30 mm.

First, we simulated an object point with the coordinates [XC, YC, ZC] = [500 mm, 500 mm, 1500 mm] in anamorphic coordinates for the vertical position. The pixel coordinates of the point in the vertical and the horizontal anamorphic positions were calculated using Equations (3)–(6). Given the pixel coordinates and the calibrated parameters of the rotating anamorphic stereo vision, the 3D coordinates of the point could be calculated. The pixel errors in the image plane were assumed to have a Gaussian normal distribution with a standard deviation of 0.2 pixels, which was the calibration result of the anamorphic lens. Then, 5000 3D points were reconstructed with varying pixel errors, and the reconstructed 3D points are shown in Figure 16. The standard deviation of the reconstructed 3D point was 17.3378 mm.

4.2.2. Accuracy Analysis for a Surface

We also simulated a set of object points in a plane. The XC and YC coordinates ranged from −1000 mm to 1000 mm, with an interval of 50 mm, and all the ZC were 1500 mm. The pixel errors in the image plane satisfied a Gauss normal distribution, and the standard deviation of the pixel error was set to 0.2 pixels. The standard deviation for each reconstructed 3D point is shown in Figure 16. As can be seen in Figure 17, the measuring accuracy for the points away from the XC axis was high, while it was very low if the object points were near the XC axis. The points near the XC axis were removed, which left a gap in Figure 17. Thus, there was a measuring gap if rotating anamorphic lenses were used for 3D construction. We named this gap the anamorphic gap.
If we individually increase the anamorphic distance from 30 mm to 100 mm, the measuring accuracy will increase correspondingly, as shown in Figure 18. The lens parameters ad, fx, and fy are closely related because they are determined by the anamorphic lens structure, and it is not possible to simply change one parameter independently [25]. We proposed paraxial lens designs for anamorphic lenses with zero anamorphic distance [26], but designing an anamorphic attachment with an extremely large anamorphic distance appeared to be difficult.
The measuring precision of this 3D metrology method appeared to be lower than that of stereo vision with spherical lenses. The fundamental reason for this is that, in comparison to stereo vision, the baseline distance between the two anamorphic positions was quite small. The measuring precision will be as good as that of stereo vision with spherical lenses if the two anamorphic lenses are sufficiently apart from each other. Because the two images are captured with the same revolving anamorphic lens, the main advantage of this 3D metrology is its ease of point matching. The appropriate matching points are very close if the two images are rectified with the anamorphic ratio, as shown in Figure 5 and Figure 12. Alternatively, as illustrated in Figure 6, it is possible to trace the matching points by rotating the anamorphic lens. When the anamorphic lens is rotated at a rapid speed, it can measure 3D data four times in one circle, which is ideal for a quick 3D reconstruction with low measurement accuracy. One potential application of this would be car navigation.

This research was funded by the National Natural Science Foundation of China (52175478), the Defense Industrial Technology Development Program (JCKY2020203B039), the Science and Technology Commission of Shanghai Municipality (21511102602), the Doctoral Foundation of the University of Jinan (XBS1641), and the Joint Special Project of Shandong Province (ZR2016EL14).

The data underlying the results presented in this paper are not publicly available at this time but may be obtained from the authors upon reasonable request. 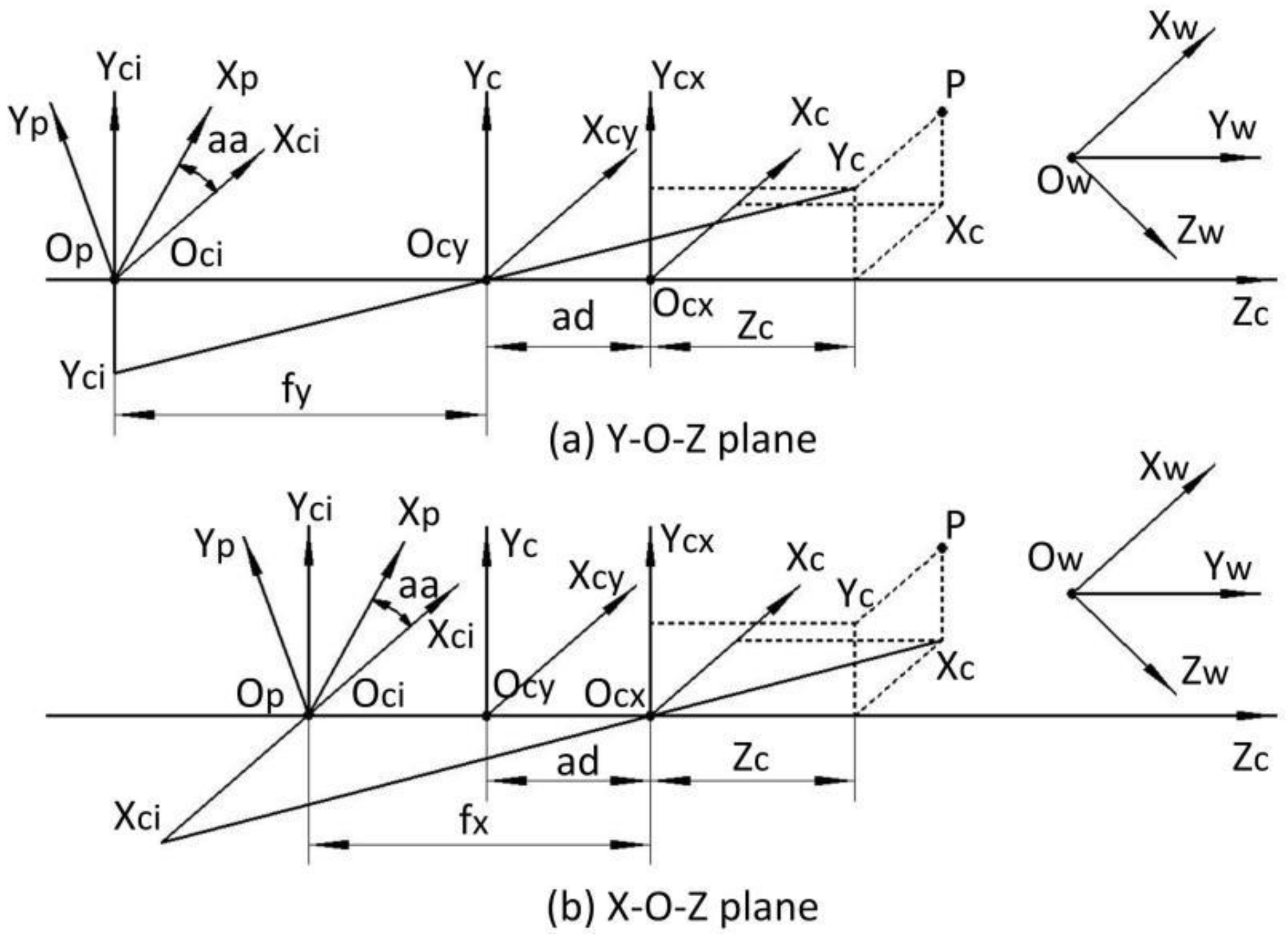 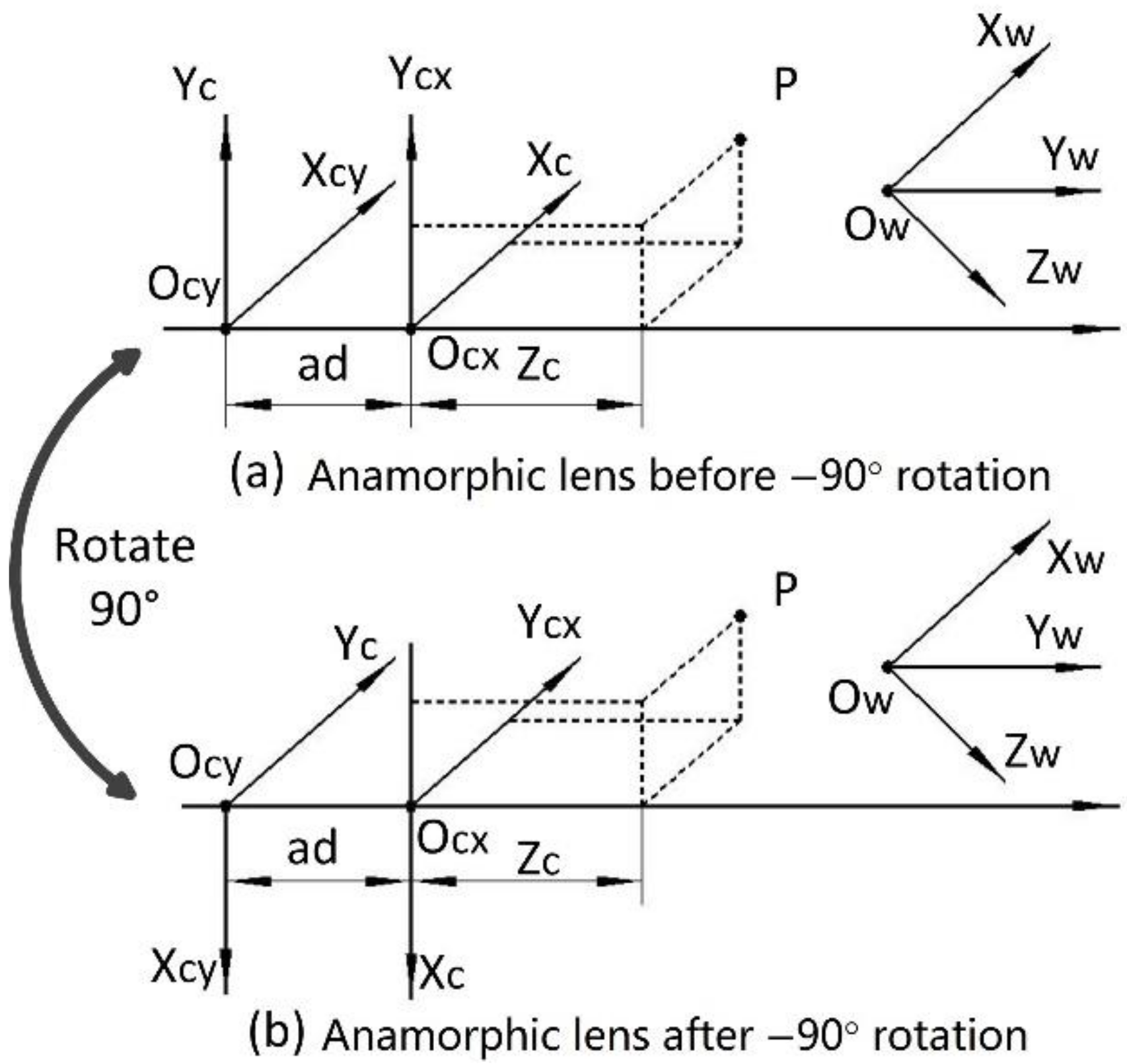 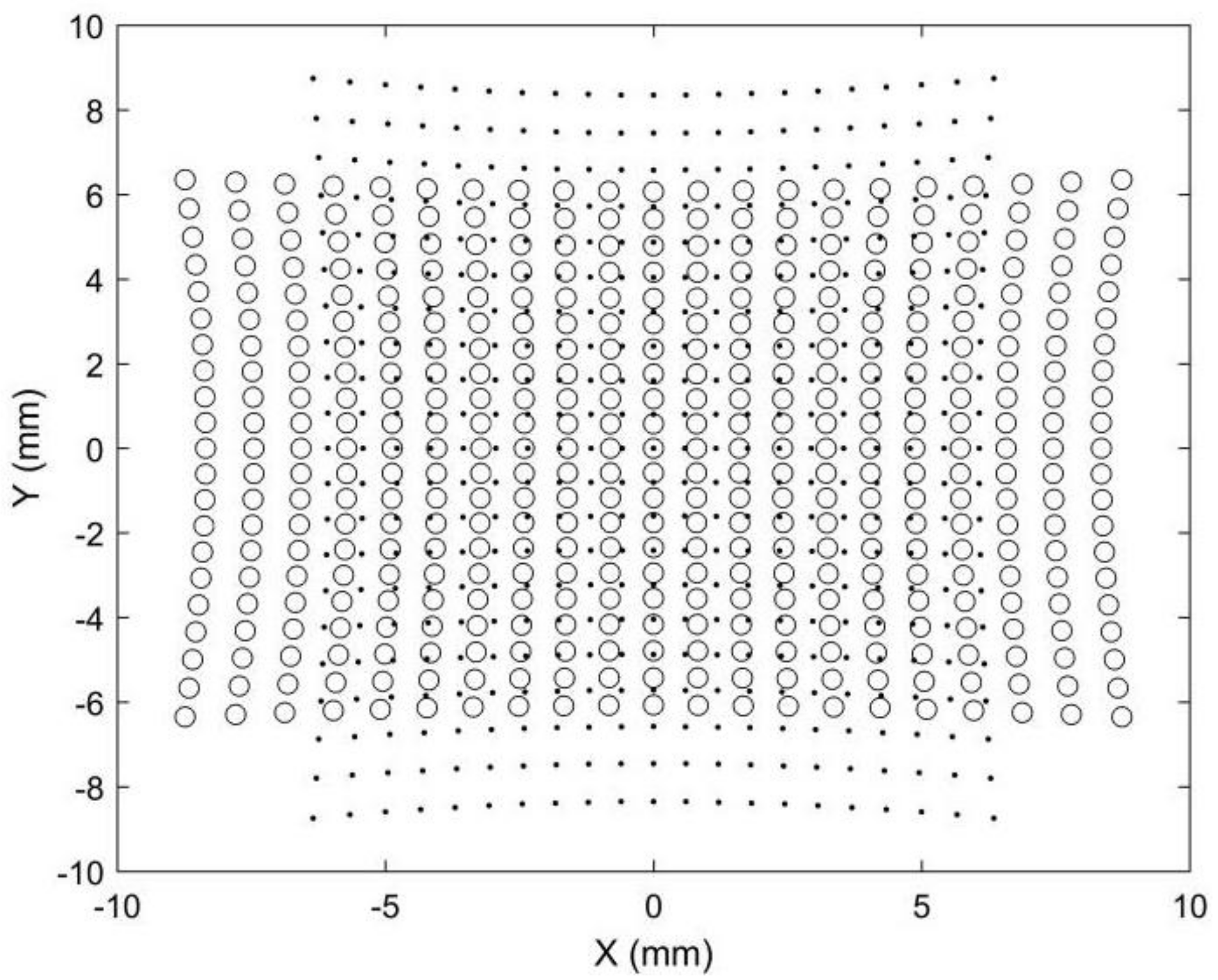 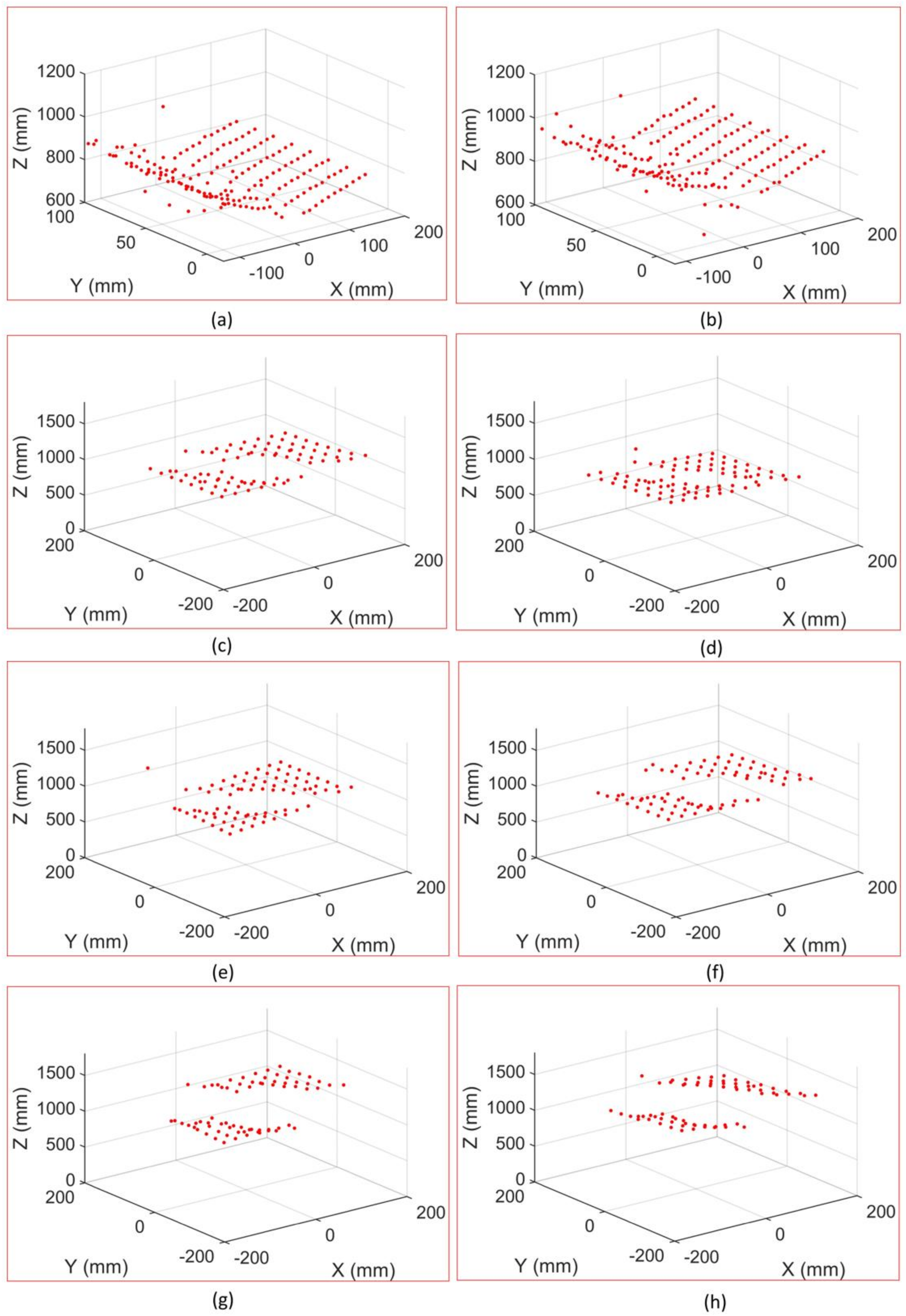 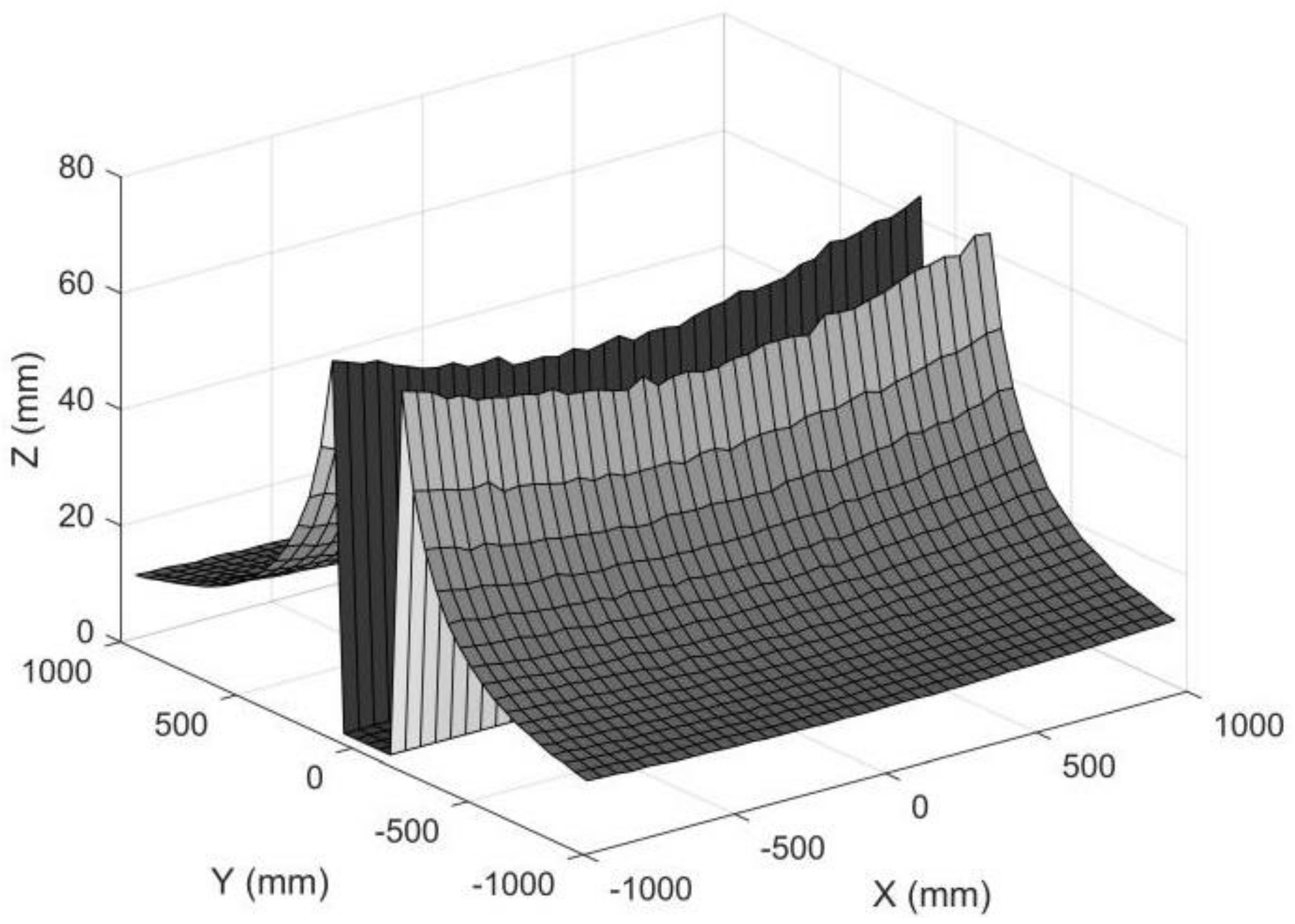 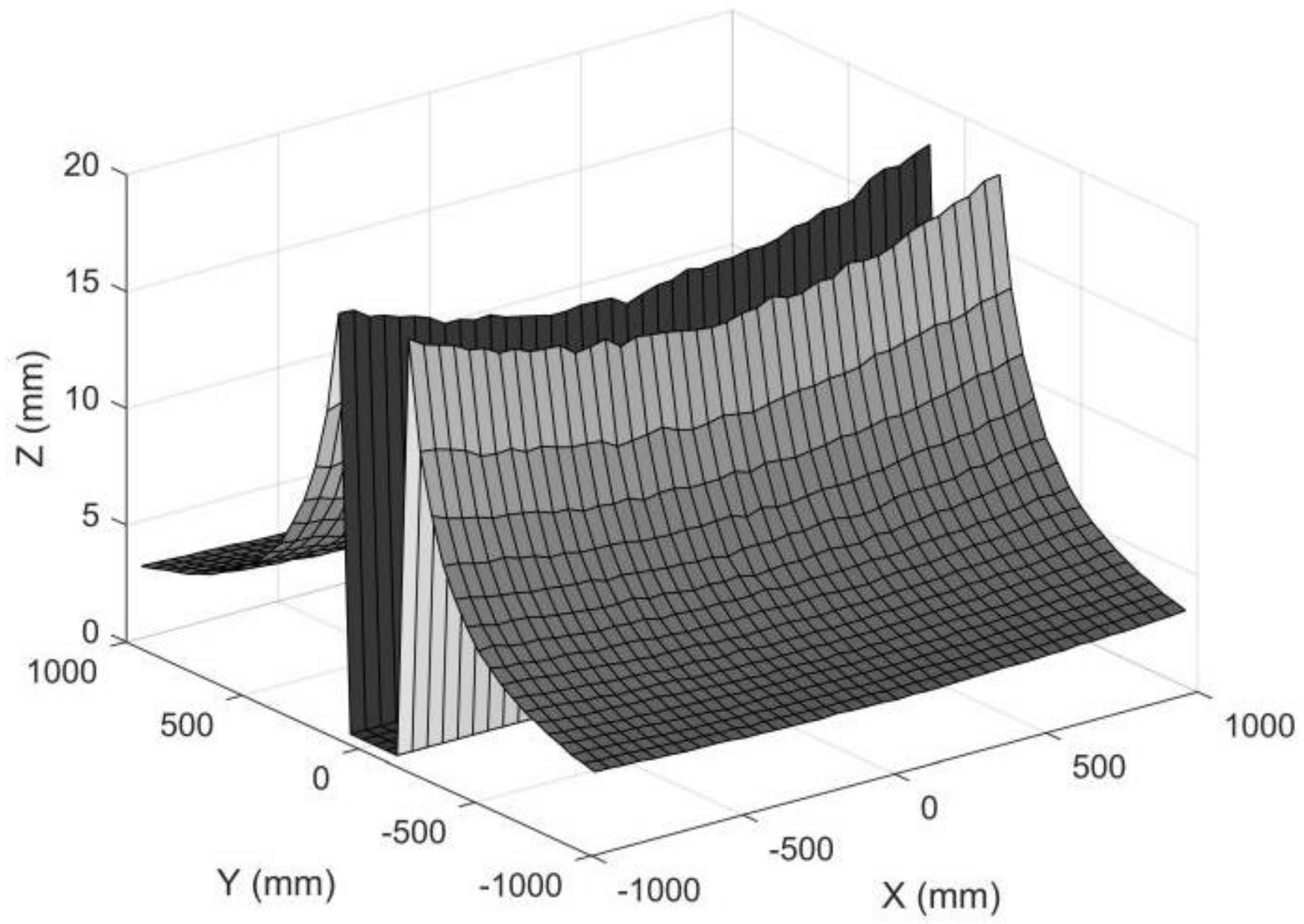