A common design concept of the piezoelectric force sensor, which is to assemble a bump structure from a flat or fine columnar piezoelectric structure or to use a specific type of electrode, is quite limited. In this paper, we propose a new design of cylindrical piezoelectric sensors that can detect multidirectional forces. The proposed sensor consists of four row and four column sensors. The design of the sensor was investigated by the finite element method. The response of the sensor to various force directions was observed, and it was demonstrated that the direction of the force applied to the sensor could be derived from the signals of one row sensor and three column sensors. As a result, this sensor proved to be able to detect forces in the area of 225° about the central axis of the sensor. In addition, a cylindrical sensor was fabricated to verify the proposed sensor and a series of experiments were performed. The simulation and experimental results were compared, and the actual sensor response tended to be similar to the simulation. View Full-Text
Keywords: cylindrical sensor; force sensor; multidirectional; piezoelectricity cylindrical sensor; force sensor; multidirectional; piezoelectricity
►▼ Show Figures 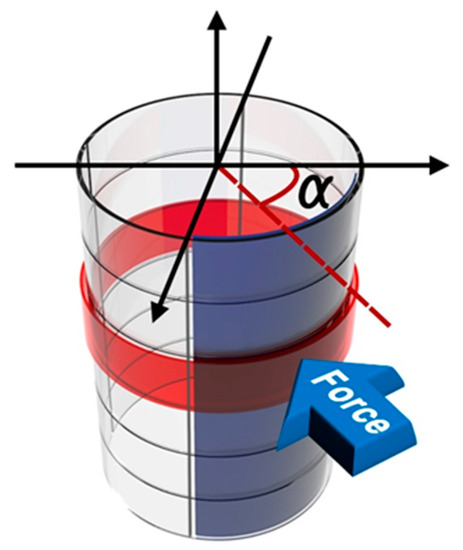