The satellite compass is one of new variants of satellite navigational devices. Is it still treated with caution on International Convention for the Safety of Life at Sea (SOLAS) vessels, but has become popular on the fishing vessels and pleasure crafts. The standard data obtained by such devices suggest accuracy of satellite compasses at a level of about 1 degree, so it seems to be as accurate as gyro or the magnetic equivalent. A changeability of heading errors, especially its frequency spectrum, is analyzed and presented in the paper. The results of comparison of an onboard standard gyrocompass, a fiber-optic gyrocompass (FOG) and a satellite compass in real shipping circumstances have been discussed based on the available literature and previous research. The similar comportment of these compasses are confirmed, however, in real circumstances it is difficult to separate heading oscillations produced by the ships yaw (or helmsman abilities) from the oscillations of the compass. Analysis of the heading oscillations has been performed based on the measurements of the heading indications of stationary compass devices and the devices mounted on the vehicles moving on the straight line (straight part of a road and tram line) to separate the impact of the vessel steering system. Results of heading changeability in the frequency domain are presented based on the Fourier transform theory. View Full-Text
Keywords: satellite compass; accuracy; spectrum analysis; Fourier transform satellite compass; accuracy; spectrum analysis; Fourier transform
►▼ Show Figures 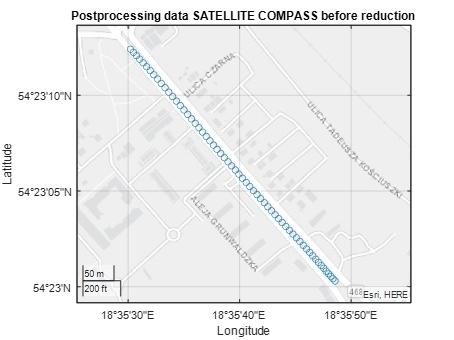