In this part, we describe the estimation of the multi-homography matrix by the use of the proposed method, and through the segmentation of the inliers belonging to the different homography models, we can segment the different planes. By using the same data as [14], we are able to compare the results directly to PEARL, SA-RCM, J-linkage, and T-linkage. The misclassification accuracies in Table 1 for the above four methods were obtained from [14].
As can be seen in Figure 6, the proposed method can detect almost all the models, and the models are very close to the true models, except for the “johnsonb” data set. Five models are correctly detected, and the other two models with a few inliers are missed. From Figure 7, it can be seen that the proposed method can extract almost all the planes in the images, and the inlier points of the planes can be clearly classified. Except for the “johnsonb” image, five out of seven planes are extracted, while the other two planes with very fewer inliers are missed. Because the inliers are few in number and with many outliers and noise, it is very hard to obtain a good sampling hypothesis in these two areas. From the images, we can see that almost all the misclassified points are the points that are supposed to be inliers but are divided into outliers for all the models, and the misclassification is a result of the inliers not being fully extracted. Table 1 shows the misclassification results of the state-of-the-art methods and the proposed method, where it can be seen that the proposed method obtains the lowest misclassification result on the “johnsonb”, “ladysymon” and “sene” data sets, and the results on the other three data sets are also very close to the lowest misclassification result.
The above experiments on each data set were undertaken iteratively 20 times, and then the result with the minimum number of misclassified points was selected as the final result. The parameters for the multi-homography matrix estimation are quite easy to set. For the hypothesis generation, we set the minimum number of stable model inliers and the size of the sub-regions as , the number of hypotheses randomly sampled from the sub-region as , and the number of sub-regions , where N is the number of points. In the model selection process (Algorithm 1), the quantization level was set as 500, the valid quantization length for building the histogram preference was set as 20, and the threshold to stop the linkage clustering was set to . In the inlier segmentation process (Algorithm 2), and were the same as in the model selection process (Algorithm 1), the cluster number was set as 2, and the hypothesis number for sampling was set as 100. Most of the time, the parameters in the model selection process (Algorithm 1) and the inlier segmentation process (Algorithm 2) do not need to be changed.

The proposed method was also used to estimate the multi-fundamental matrix in two-view images, and through the classification of the inliers belonging to the different fundamental models, different motions could be segmented. As in the multi-homography matrix estimation, the motion segmentation accuracy is compared to PEARL, SA-RCM, J-linkage, and T-linkage, and the misclassification accuracies in Table 2 for the above four methods were obtained from [14].
The experiments on each data set for the multi-fundamental matrix estimation were undertaken in the same way as the multi-homography matrix estimation experiments, i.e., the algorithm was iteratively conducted 20 times on one data set, and then the result with the minimum number of misclassified points was chosen as the final result.
From Figure 8, we can see that the proposed method performs quite well on the six images, and the motion models for the six images are correctly detected, except for the “carchipscube” data set, where the initial inlier set of the moving car contains two pseudo-outliers. Meanwhile, for the inlier segmentation in Figure 9, all the motions can be extracted and segmented, with few misclassified points, which can also be seen in the misclassification listed in Table 2. The proposed method performs better than the other four methods on five out of six images, especially on the “biscuitbookbox” and “carchipscube” data sets, where there are no misclassified points. The proposed method also reaches quite a close misclassification result when compared to the lowest misclassification result for the “breadcubechips” data set. From Figure 9, it can be seen that almost all the misclassified points are the inliers that are classified as outliers to all the models, and there are very few points that are classified as pseudo-outliers.
The parameters for the algorithm in these experiments needed a few changes when compared to the parameters used in the multi-homography estimation experiments. The number of randomly sampled hypotheses n needed to be increased for the larger size of for the fundamental matrix estimation (at least eight points are needed to estimate a fundamental matrix), so we set for the multi-fundamental matrix estimation.

To further compare the performance of the algorithms, the computational time of ours in various scenarios is counted and compared with the T-Linkage method as the state-of-art. However, the computational time and specific values of parameters in different scenarios have not been given by the literature of the T-Linkage method, so we implemented the T-Linkage method according to [14], achieved similar accuracy to [14] by adjusting the parameters and then counted the calculation time. When comparing with the T-Linkage method in computational time, we found that the it is closely related to the number of points and models, the ratio of outliers, and the value of the thresholds. The detail results can be seen in Table 3 and Table 4. Both methods run in MATLAB and the environment of hardware is i7-9017, Core8 and 16G RAM.
From the above two tables, it can be found that in most cases, T-Linkage method takes less time than ours. This is mainly because that our method performs random sampling and linkage clustering in both two stages, and uses an alternate sampling and clustering strategy in the inlier segmentation stage to eliminate the interference from outliers, which will increase the computational time. However, our algorithm basically does not require parameter adjustment in various scenarios, which can save a lot of time for parameter adjustment and improve the applicability of the algorithm.

In this paper, we have proposed a robust two-stage multi-model fitting method, which is composed of model selection and inlier segmentation. During the model selection, the quantized residual preference is extracted for the hypothesis linkage clustering to obtain the main structure models in the data. The inlier segmentation process is then performed as an iterative sampling and clustering process using the quantized residual preference of the points. The experimental results show that the model selection method can successfully detect models that are very close to the true models. Furthermore, the inlier segmentation method can separate the inliers from the outliers for the different models, and the proposed method outperforms the state-of-the-art methods in multi-structure geometric model fitting. 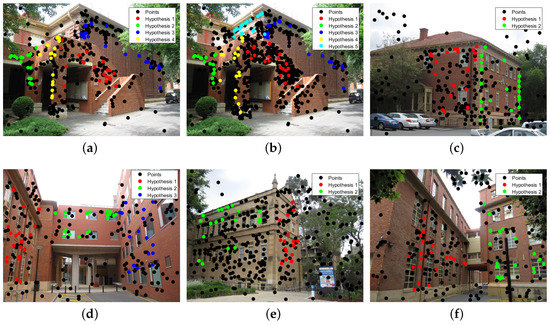 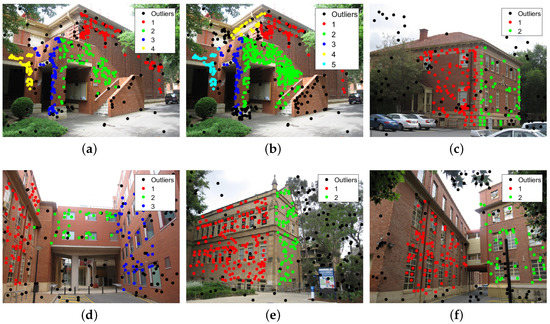 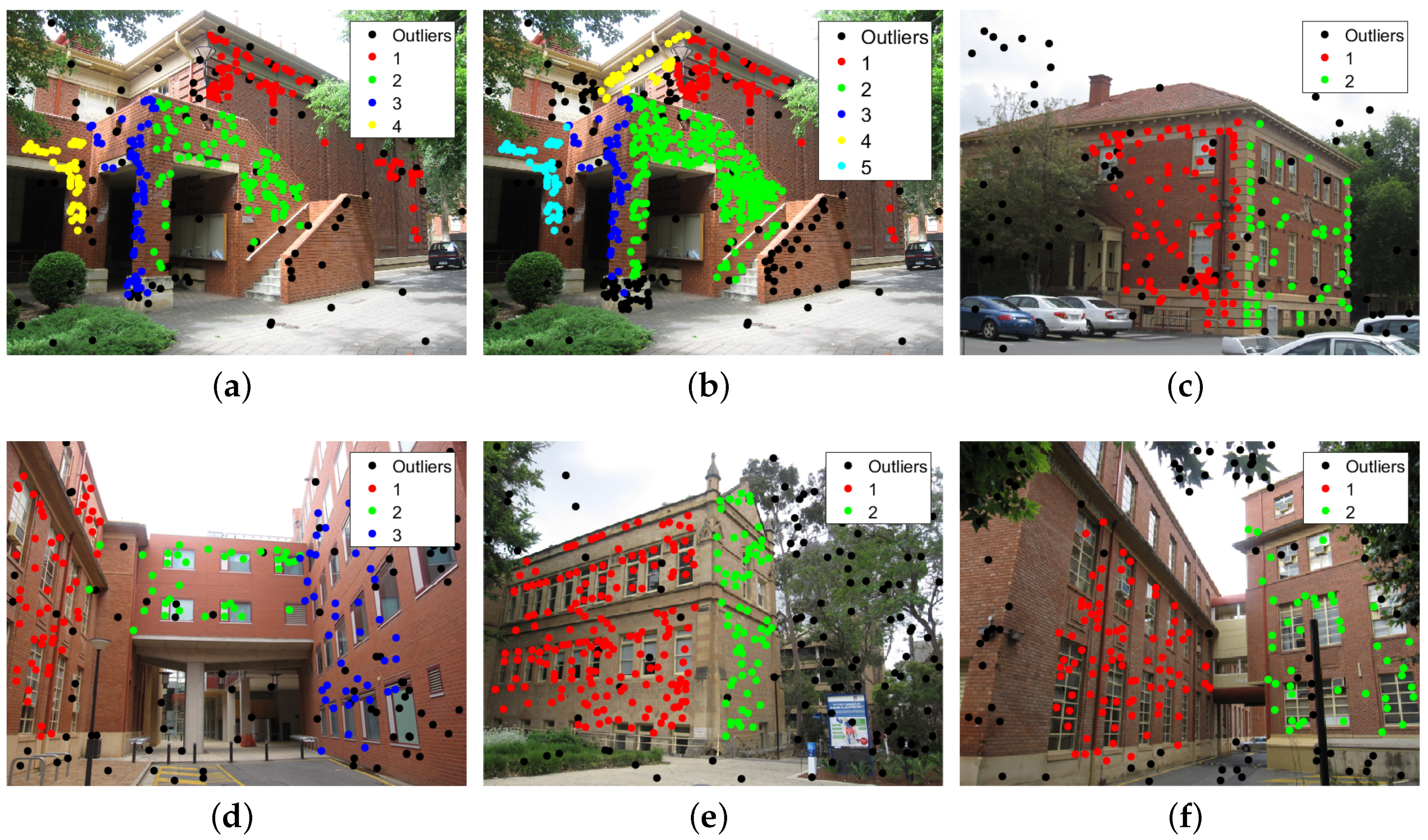 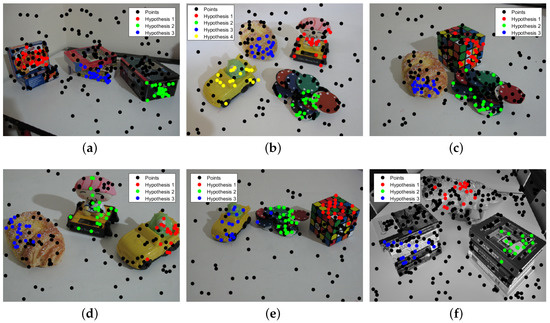 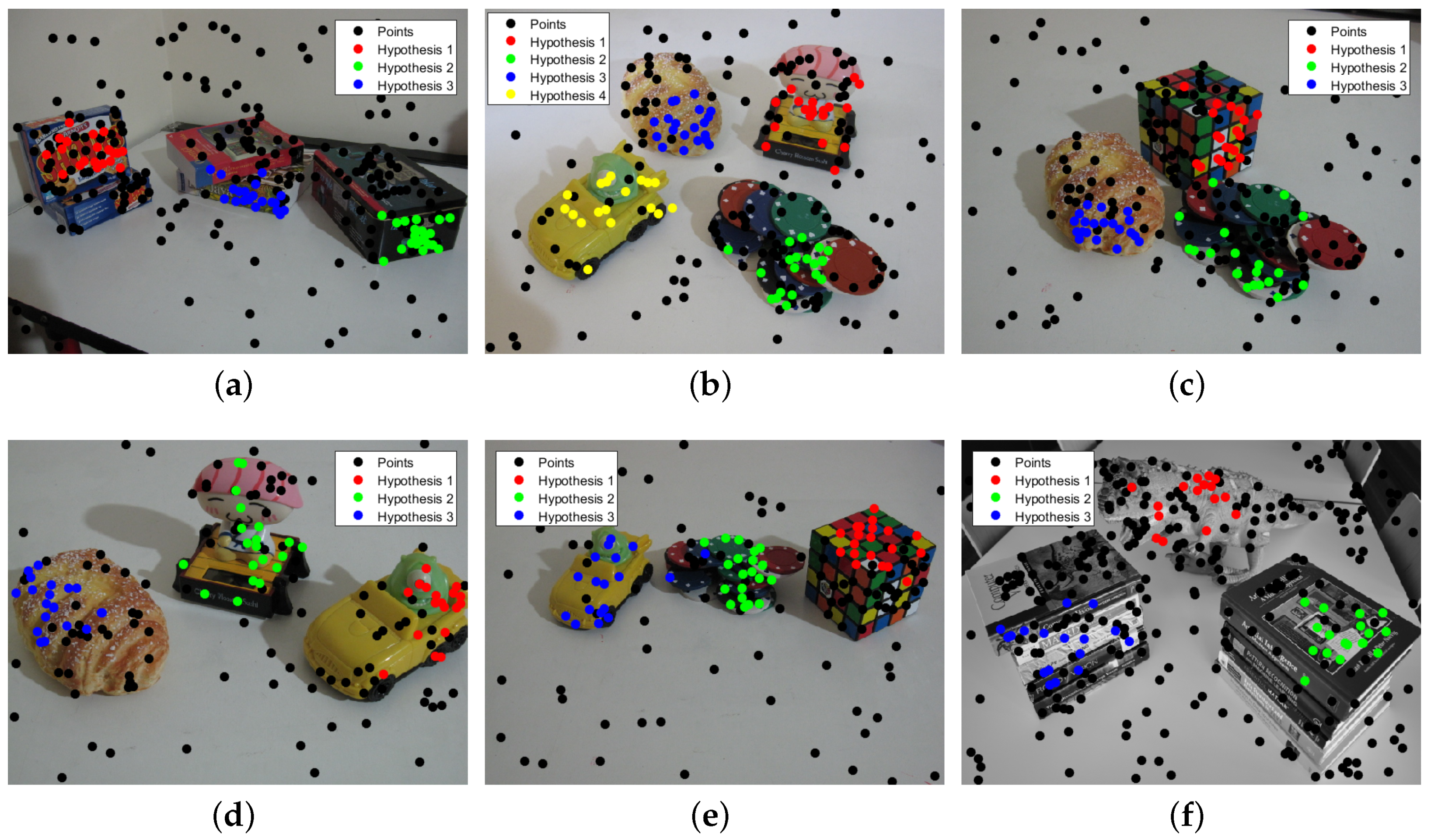 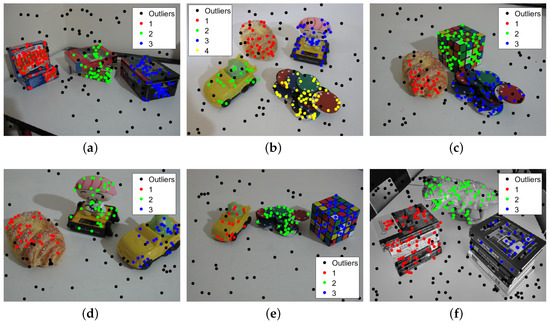 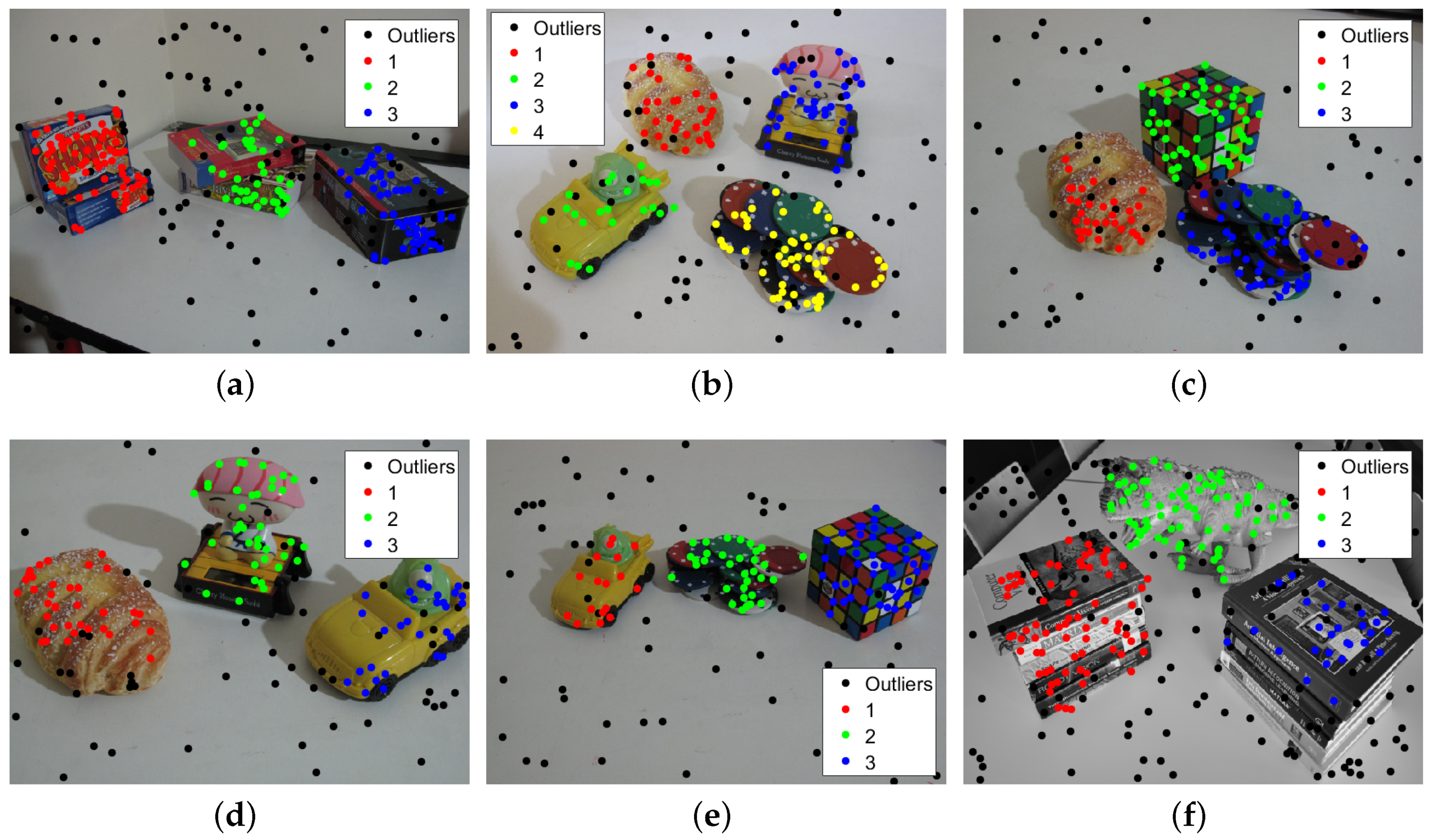