How Accurate Can UWB and Dead Reckoning Positioning Systems Be? Comparison to SLAM Using the RPLidar System
Previous Article in Special Issue

The inertial navigation system (INS), as an autonomous navigation device that does not depend on external information, is able to provide continuous and real-time information, such as the position, attitude, and speed of the carrier. It has the advantages of good concealment and high precision, and is not affected by meteorological conditions and human disturbances as well [1,2,3,4,5]. Therefore, INS occupy an extremely important position in military technology, including aircraft navigation and weapon guidance. With the maturity of related technology, INS, especially high-precision INS, has been gradually applicated to aerospace, aviation, oil exploration, geodesy, automotive industry, medical electronic equipment, and other fields, showing an increasingly great role in these fields [6,7,8]. As the core devices in INSs, the performance of gyroscopes has great influences on navigation results. High-precision INSs require gyroscopes with high sensitivity. Interferometric fiber-optic gyroscopes (IFOGs) have the advantages of high theoretical sensitivity, all solid state, high reliability, low cost, and so on. Therefore, IFOGs, as the first choice in high-precision INS, have been widely used in both civil and military fields. In some applications, such as long-distance, long-duration navigation, high-precision IFOGs with low bias stability and low random walk are required [9,10,11,12,13]. However, improving the sensitivity is the basis for achieving high-precision IFOGs.
Numerous achievements have been made out to improve the sensitivity of IFOGs, including software compensation and hardware optimization. Software compensation [14,15,16,17] mainly aims at eliminating the effects of external environmental factors, such as temperature, magnetic field, and vibration. As a result, the environmental adaptability of IFOGs will be improved. As for hardware optimization, light sources with higher stabilization and larger output power [18,19,20], optical devices with better polarization-maintaining ability [21], electrical devices with higher stability [22], and signal-detection circuits with higher precision [23,24] are normally adopted. However, with the technology of IFOGs maturing rapidly, the common approaches for improving the sensitivity of IFOGs have faced many difficulties, which means only small promotions can be achieved with quite a high cost. Besides, by increasing the length and the surrounding area of fiber coil, the nonreciprocal phase shift caused by the angular velocity of the carrier relative to the inertial space can be accumulated and the sensitivity of IFOG can be improved. However, there will be two fatal disadvantages. One is that the volume of IFOGs will increase significantly, while another is that the environmental adaptability of IFOGs will be greatly reduced. Theoretical studies have been carried out to reveal about mechanism how temperature [25,26], magnetic field [27,28,29], vibration [30], and the coupling effect of physical fields [31] affect the IFOGs’ performance. In a nutshell, increasing fiber length makes the asymmetric internal stress distribution in the fiber coil much more complicated, making it more susceptible to environmental factors, causing a quite large nonreciprocal phase error. Therefore, it is not feasible to improve the sensitivity of IFOGs by simply increasing the length and surrounding area of fiber coils. K. Zhou et al. proposed a fiber gyroscope with a double sensitivity employing a polarization splitter made with an evanescent coupling technology [32] and W. Wu et al. further improved the method by adding a faraday rotator in open-loop fiber-optic gyroscope [33]; however, there exist obvious coupling errors and losses in the evanescent coupling theory based polarization splitter.
In this paper, we propose a novel approach, which is able to effectively double the sensitivity by doubling the light paths without increasing the length of polarization-maintaining fiber coil (PMFC), which is the sensing coil in IFOGs. The corresponding demonstration was setup and the effectiveness of the novel approach was verified. The experimental results show consistency with the design analysis.

In order to verify the effectiveness of the proposed method, the intrinsic frequency of the novel polarization maintaining interference fiber optical gyroscope (PM-IFOG) was measured. A square-wave voltage was applied to the phase modulator of the IOC. Tuning the frequency of the square wave, the delay time of the sensing coil for light wave after doubling is ~6.21 μs, as shown in Figure 3, which proved that the light waves traveled twice in the PM coil with the fiber length of 600 m and the coil diameter of 70 mm. To further prove its effectiveness, an experimental setup was established, as shown in Figure 4. Two FPCSs (Thorlabs) were added in a conventional PM-IFOG. Both the optical system and the data sampling system were fixed on the experimental platform. The PM-IFOG before and after improvement were used to detect the earth’s rotation angular rate at the same place, respectively. Before doubling the optical path, the PM-IFOG, the length of whose PMFC is 600 m, were put on the experimental platform with the sensing axis straight up and straight down, respectively. The corresponding input regular rates were positive and negative and equal to the component of the earth’s rotate rate. As we know, the averaged output angular rates of earth’s rotation are 15°/h and −15°/h. It is well known that the theoretical value of positive and negative (Hangzhou, China) where the experiments were carried out lies at a latitude of ~, so the actual value of positive and negative angular rate of earth’s rotation in the experiments were supposed to be 7.5°/h and −7.5°/h. The output data, D1, with the input regular rate of 7.5°/h and D2 with the input regular rate of −7.5°/h of PM-IFOG at the two conditions, were collected in real-time and then saved to the PC. The scale factor can be calculated as K = (D1 − D2)/15°/h. The experimental result data divided by K on the two conditions are shown in Figure 5a. After doubling the optical path, the same experiments were done and the processed experimental results are shown as Figure 5b. The positive and negative angular rate value of the normal PM-IFOG before doubling were 7.4895°/h and −7.5105°/h, while the averaged output of IFOG after doubling became 7.51258°/h and −7.48744°/h accordingly. From the insets of Figure 5a,b, we can see the signal-to-noise ratio (SNR) improved greatly after doubling the light path. The Allan errors of the experimental results were analyzed and shown in Figure 6.
Based on the noise analysis theory for gyroscopes, angle random walk (ARW) appears where the slope of Allan error curve is −0.5 and bias stability is thought to be the minimum value of the curve where the slope is 0 divided by 0.664 [34]. The values of ARW and bias stability of the IFOGs before and after doubling were calculated according to the method mentioned above and are shown in Table 1. It was obvious that the ARW, after doubling the light path, was relatively smaller than conventional PM-IFOG, which means a higher SNR. Meanwhile, compared with the conventional PM-IFOG, the positive and negative sensitivity of PM-IFOG after doubling the light path was promoted to be 2.002 and 1.740 times, according to the promotion of bias stability. In addition, the bias stability with the positive earth rotate angular rate after doubling was 0.0091°/h. Compared to Ref. [32], we have achieved high precision gyro prototype with miniaturization.
The demonstrations before and after doubling were placed on a motor-driven turntable with the rotation rates of −3°/s and 3°/s, respectively. The scaling factor experimental results are shown in Figure 7a,b, respectively. Before doubling, the scaling factor k1 with the rotate rate from −3°/s to 3°/s was 3.79312 × 108/(°/s), but after doubling, the scaling factor k2 was 7.65452 × 108/(°/s). The doubling factor was k2/k1 = 2.018. Compared to the expected value 2, the experimental doubling factor was 1% larger. This may lead by the pigtails of the two FPCSs, each of whose length is ~1.5 m.

IFOGs are widely used due to their excellent performance and are the core component of many devices including high-precision INS. Improvement of the sensitivity of IFOGs is extremely required in some specific applications. A novel approach for doubling the sensitivity of PM-IFOG is proposed. Two FPCSs were added in a conventional PM-IFOG system in a specific way of placement and coupling. In the process of detecting the earth’s rotation angular velocity, experimental results showed that the sensitivity of PM-IFOG with the novel approach indeed was basically twice that of the normal PM-IFOG, which was consistent with the theoretical analysis, and thus verified the validity of the proposed method. Meanwhile, the SNR of the PM-IFOG with novel approach also obtains a promotion. In conclusion, the PM-IFOG with the proposed doubling method has the obvious advantages of higher sensitivity and constant environmental adaptability, which is quite meaningful in engineering applications, especially in the field requiring long fiber coils.

D.Z. designed the overall sensing scheme and experimental scheme, and did most of the data analysis. C.L. conducted the literature research, made all the charts and did most experiments. N.L. proposed the idea of doubling the fiber coil, and the test method for the scale factor of the fiber optic gyro after the doubling in the revised draft as well as doing the experiments. Therefore, she made a great contribution to the paper. All authors have read and agreed to the published version of the manuscript. 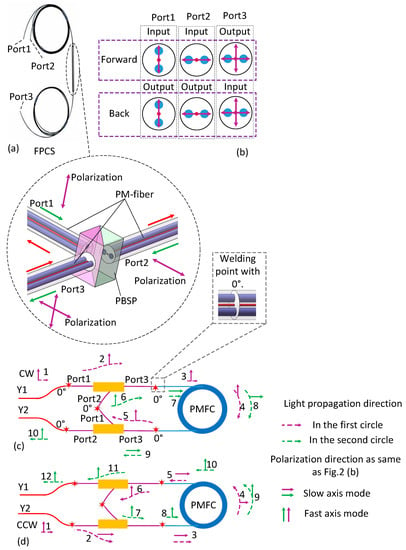 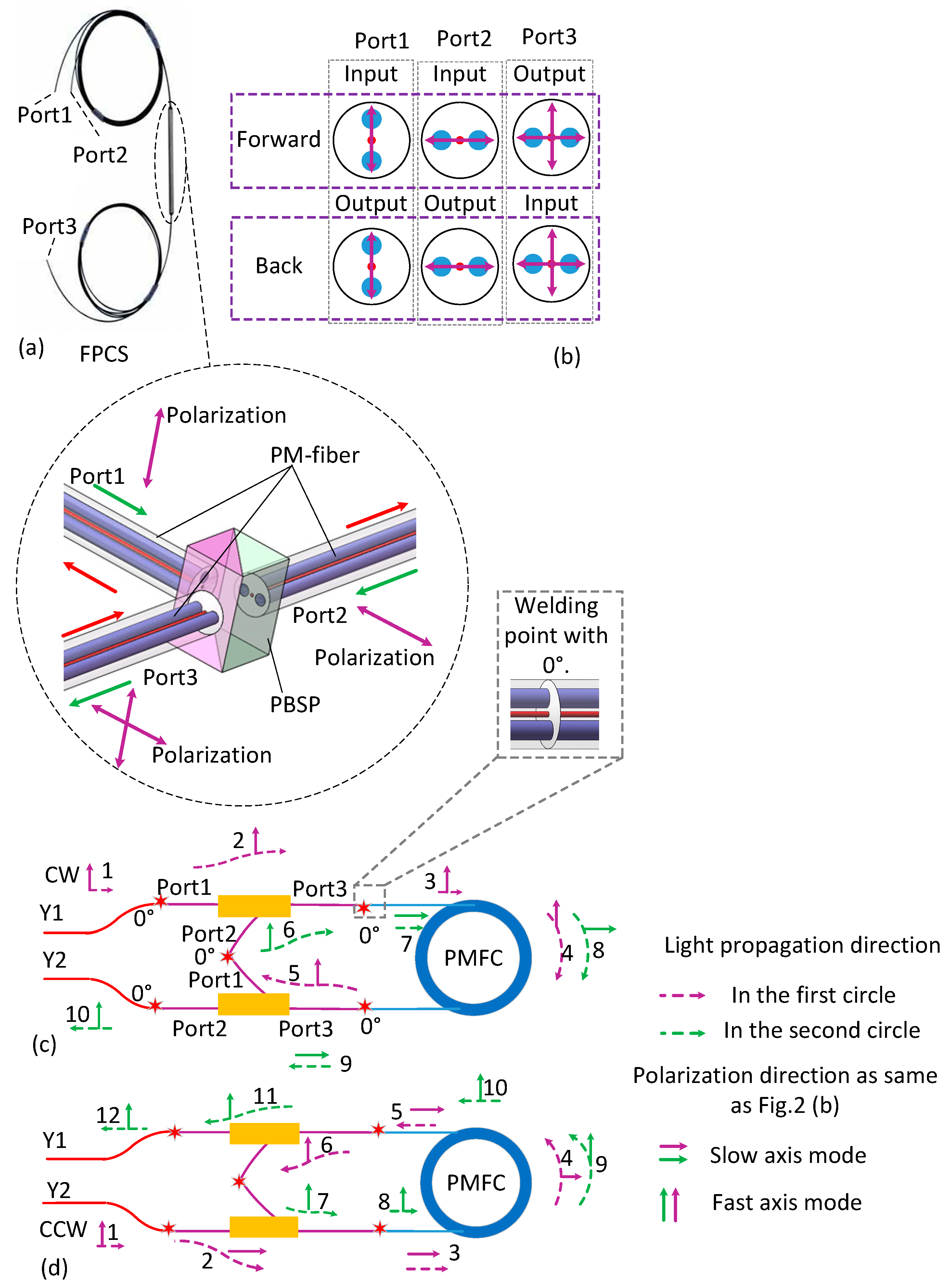 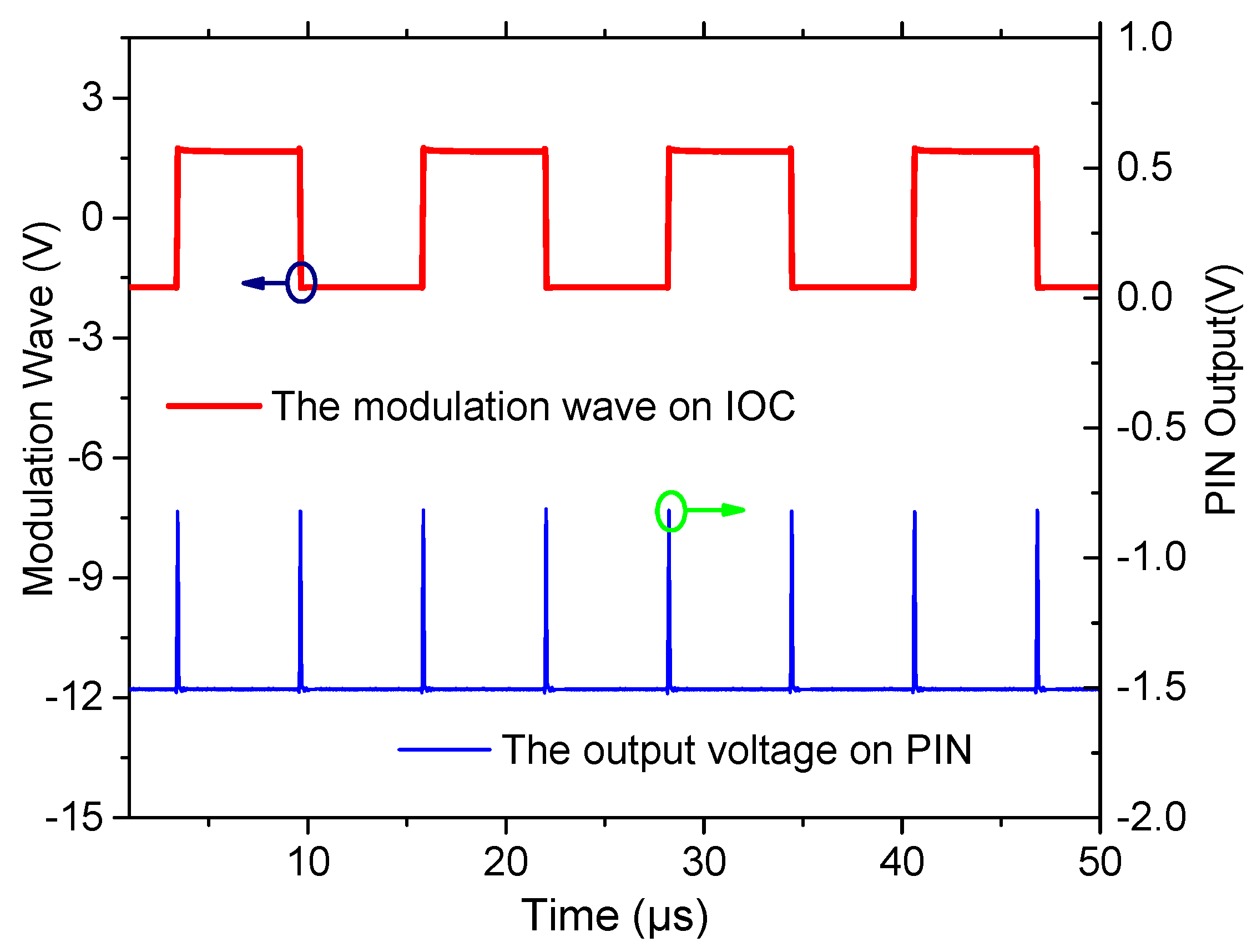 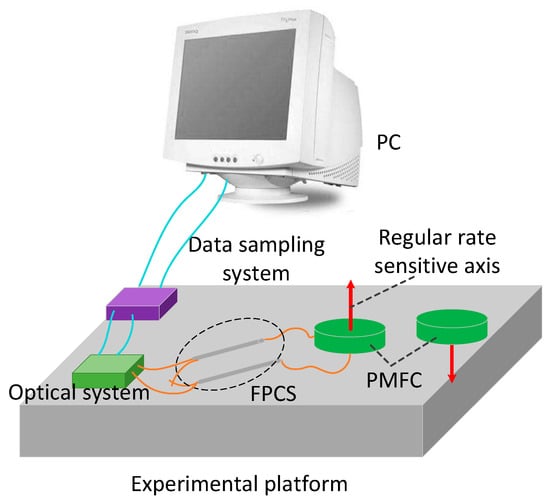 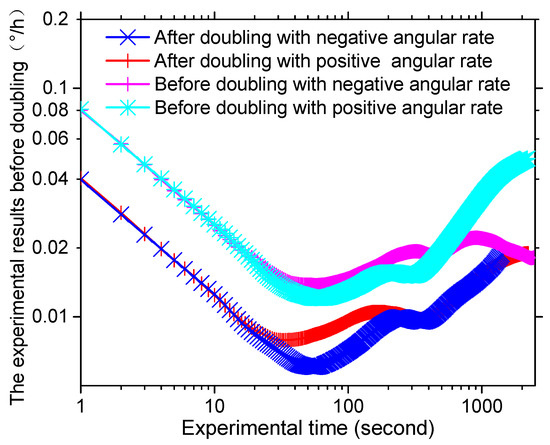 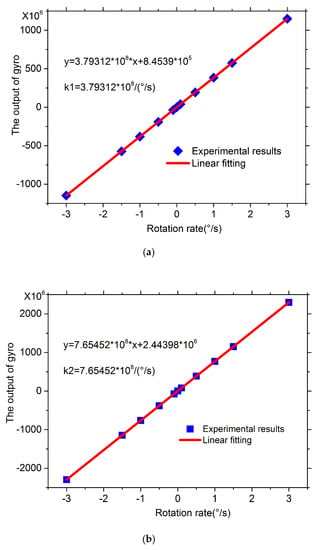