An algorithm correcting distortion based on estimating the pixel shift is proposed for the degradation caused by underwater turbulence. The distorted image is restored and reconstructed by reference frame selection and two–dimensional pixel registration. A support vector machine-based kernel correlation filtering algorithm is proposed and applied to improve the speed and efficiency of the correction algorithm. In order to validate the algorithm, laboratory experiments on a controlled simulation system of turbulent water and field experiments in rivers and oceans are carried out, and the experimental results are compared with traditional, theoretical model-based and particle image velocimetry-based restoration and reconstruction algorithms. Using subjective visual evaluation, image distortion has been effectively suppressed; based on an objective performance statistical analysis, the measured values are better than the traditional and formerly studied restoration and reconstruction algorithms. The method proposed in this paper is also much faster than the other algorithms. It can be concluded that the proposed algorithm can effectively improve the de-distortion effect of the underwater turbulence degraded image, and provide potential techniques for the accurate operation of underwater target detection in real time. View Full-Text
Keywords: underwater turbulence; image distortion; pixel shift; kernel correlation filtering algorithm underwater turbulence; image distortion; pixel shift; kernel correlation filtering algorithm
►▼ Show Figures 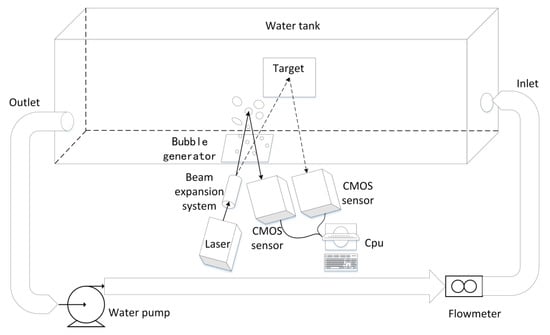