A Gaussian process is a set of random variables that are subject to a joint Gaussian distribution that is determined by a mean function and covariance function, as shown in Equation (1): where is the mean function that can be computed with Equation (2), is the covariance function that can be calculated with Equation (3), and represents the Gaussian process.
Here, E indicates the expectation operator. The kernel function in this work is expressed in Equation (4). and are the hyper-parameters, is the signal standard deviation, and is the length-scale parameter. This paper chose the Euclidean distance to calculate , which is represented by .
The covariance matrix is shown in Equation (5), where N is the number of training data.
The prediction positioning errors and training positioning errors follow a multivariate Gaussian distribution jointly as follows: where and are the test data and reference fingerprints, respectively. The posterior distribution can be expressed as
Therefore, the posterior positioning error at each positioning result can be computed from the online RSS readings. However, the hyper-parameters should be calculated before estimating the positioning error.

The experimental environment is shown in Figure 5. There were 20 Bluetooth and 15 access points (APs) in the experimental area; in Figure 5, the circular points represent the RPs and the diamonds represent the test points (TPs).
The experimenters stood still on each RP with a smartphone in hand and collected the Bluetooth and Wi-Fi RSS measurements at the same time. In order to avoid the influence of the experimenters’ body shielding on the experimental results, the RSS measurements in four directions were collected, and the acquisition time was 30 s in each direction with a collection frequency of 1 Hz. The RSS mean values of every direction were taken to construct the fingerprint database. There were four reference fingerprints on every RP. After the RP data collection was completed, the collection of TPs was carried out according to the same acquisition method as for the RPs. The experimenters collected the Bluetooth and Wi-Fi RSS measurements in four directions on the TP with an acquisition time of 10 s and acquisition frequency of 1 Hz. The RSS mean values were chosen as the test data. There were 412 reference fingerprints and 96 sets of test data used in the experiment.

5.4. Adaptive Bluetooth/Wi-Fi Fingerprint Positioning Method Based on GPR and RD

The authors thank the editors and reviewers of this paper for their comments with which its quality was improved. 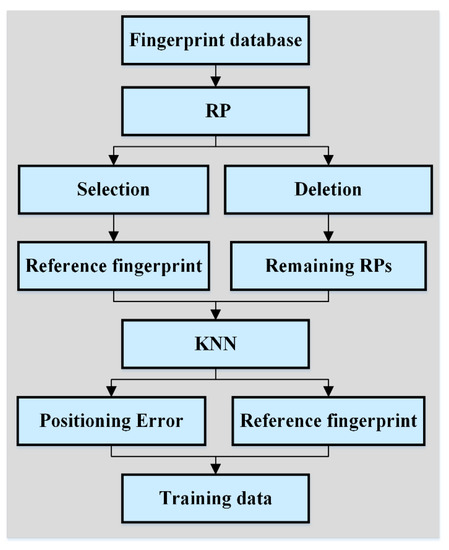 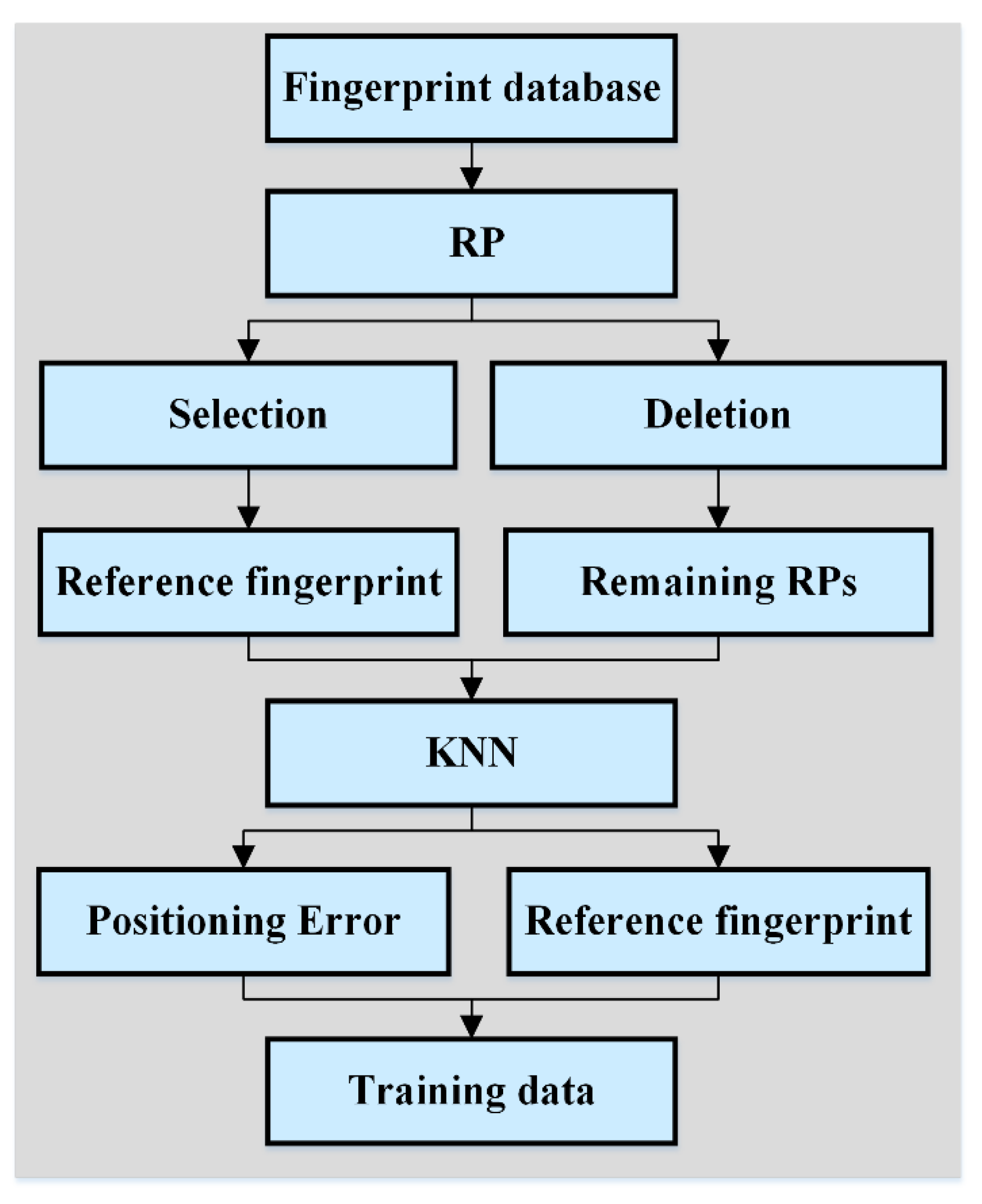 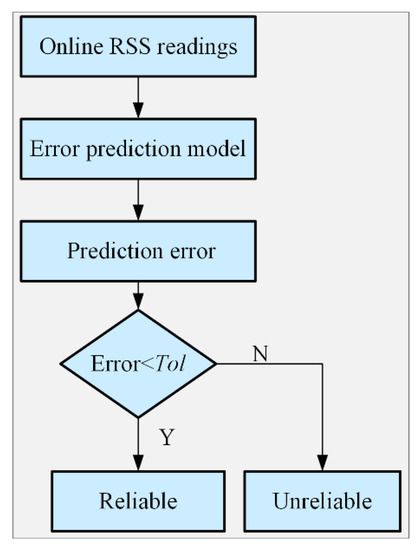 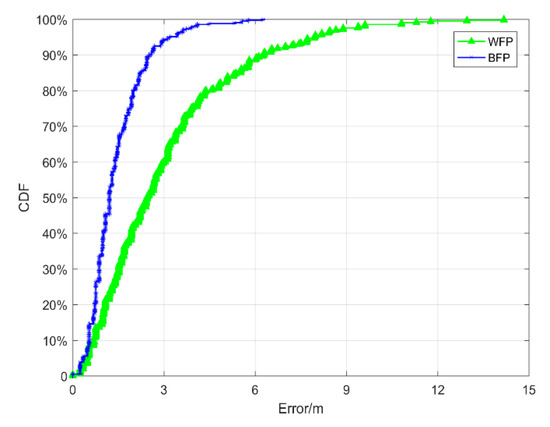 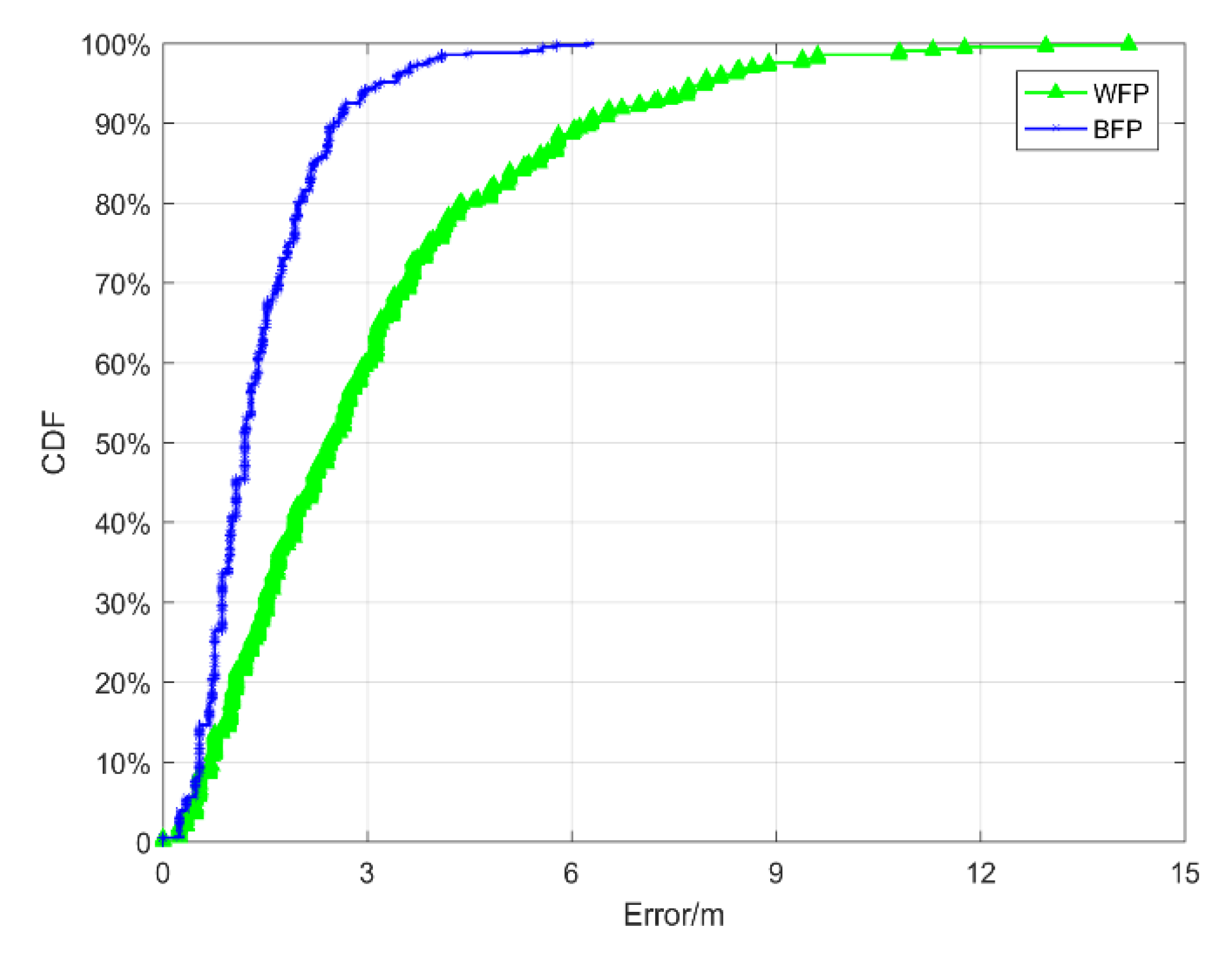 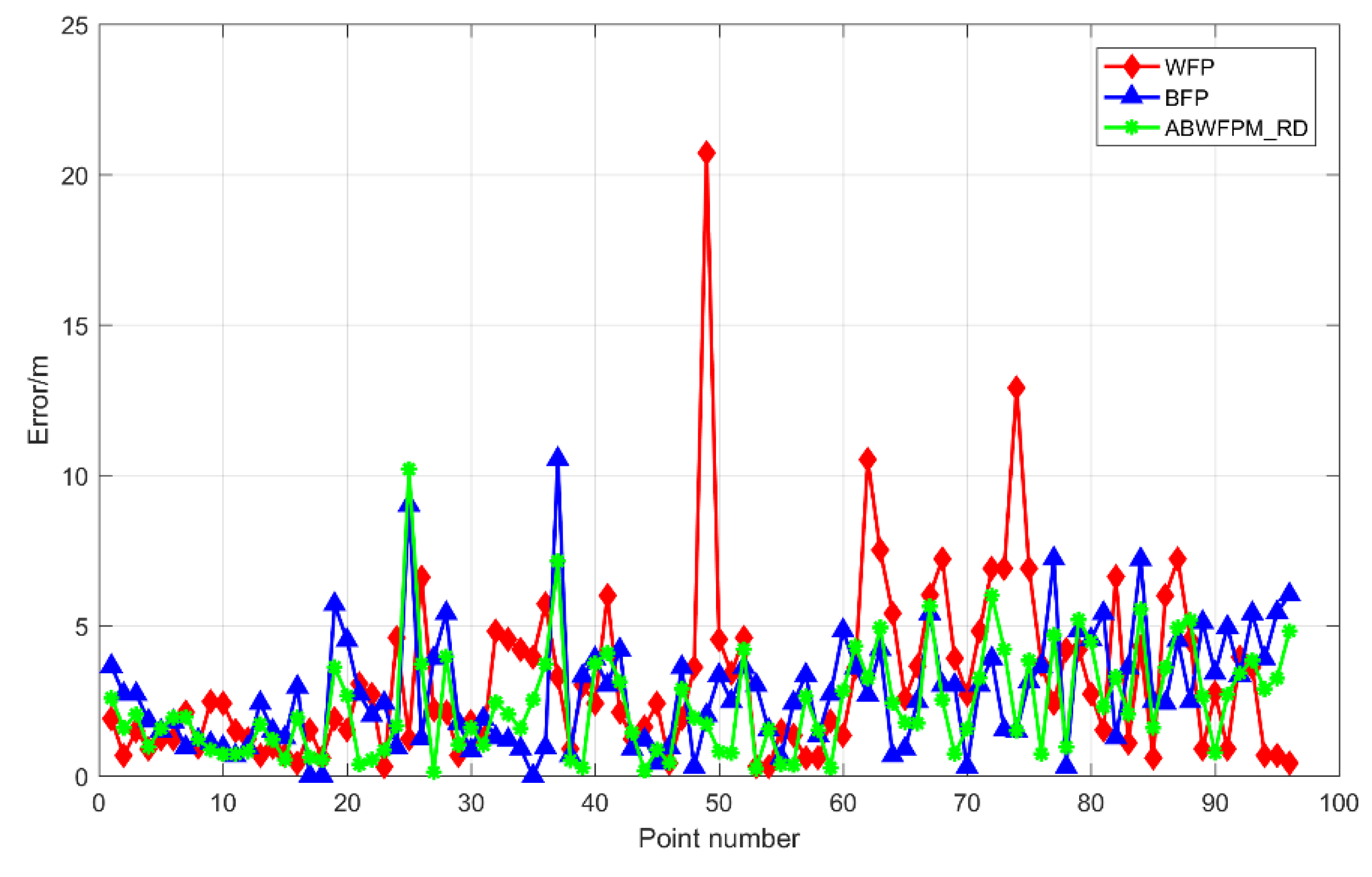 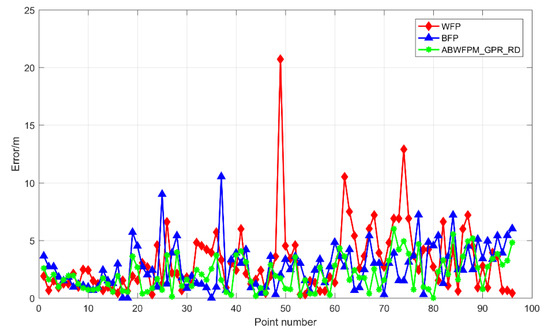 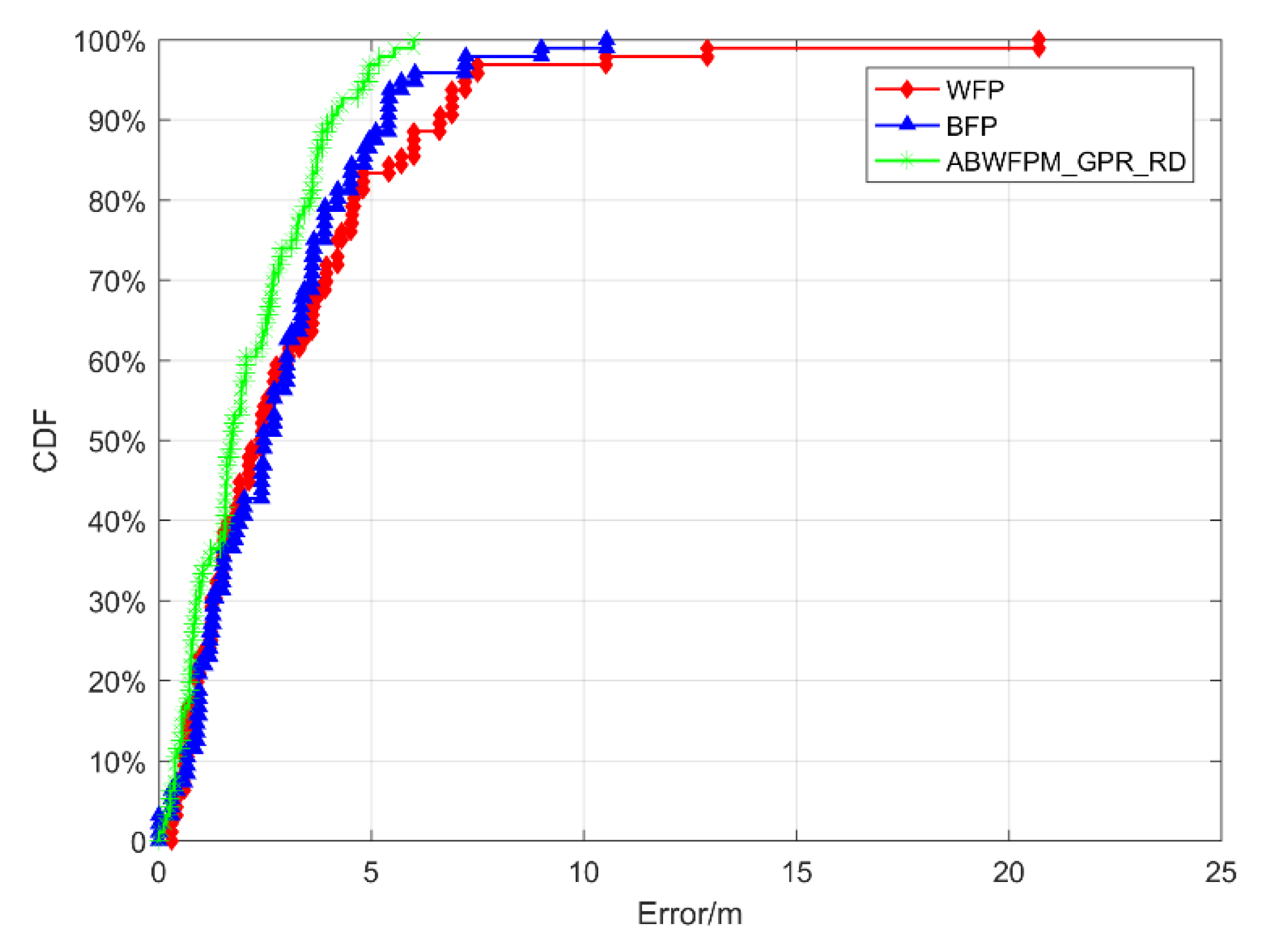 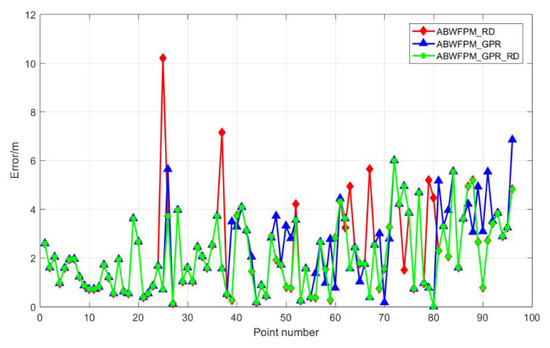 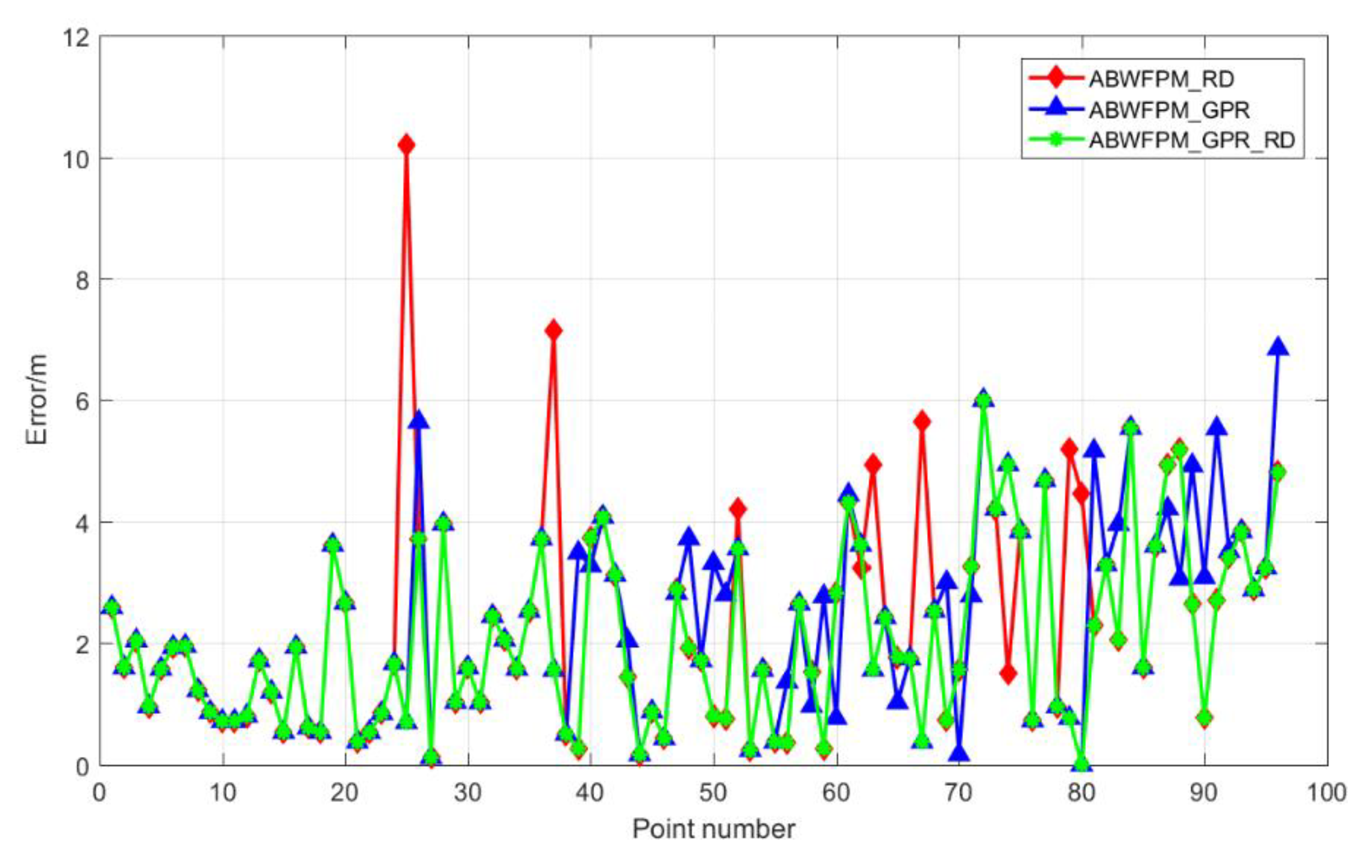 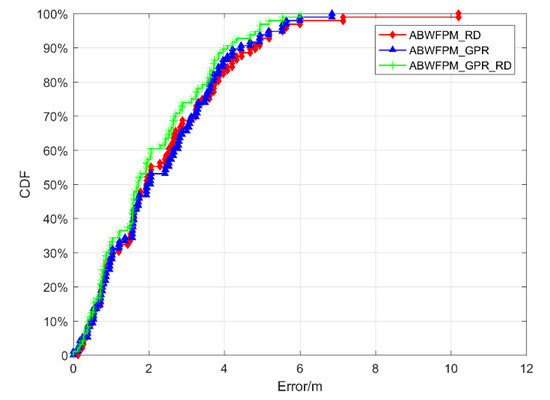 Table 2. Statistical results of positioning errors (m).
Table 2. Statistical results of positioning errors (m).
© 2019 by the authors. Licensee MDPI, Basel, Switzerland. This article is an open access article distributed under the terms and conditions of the Creative Commons Attribution (CC BY) license (http://creativecommons.org/licenses/by/4.0/).
We use cookies on our website to ensure you get the best experience. Read more about our cookies here.
Accept
We have just recently launched a new version of our website. Help us to further improve by taking part in this short 5 minute survey here. here.
Never show this again