VEHIOT: Design and Evaluation of an IoT Architecture Based on Low-Cost Devices to Be Embedded in Production Vehicles
Previous Article in Journal

Mycotoxins are the toxic secondary metabolites produced by fungi and they are a worldwide public health concern. A VHH antibody (or nanobody) is the smallest antigen binding entity and is produced by heavy chain only antibodies. Compared with conventional antibodies, VHH antibodies overcome many pitfalls typically encountered in clinical therapeutics and immunodiagnostics. Likewise, VHH antibodies are particularly useful for monitoring mycotoxins in food and feedstuffs, as they are easily genetic engineered and have superior stability. In this review, we summarize the efforts to produce anti-mycotoxins VHH antibodies and associated assays, presenting VHH as a potential tool in mycotoxin analysis. View Full-Text
Keywords: mycotoxin; VHH antibody; immunoassay mycotoxin; VHH antibody; immunoassay
►▼ Show Figures 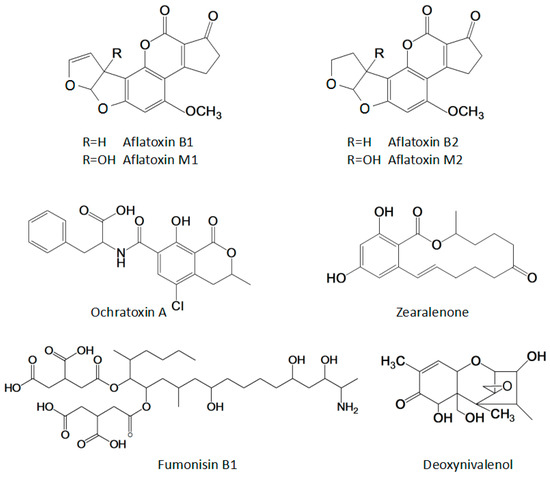