Sustainable freshwater management is underpinned by technologies which improve the efficiency of agricultural irrigation systems. Irrigation scheduling has the potential to incorporate real-time feedback from soil moisture and climatic sensors. However, for robust closed-loop decision support, models of the soil moisture dynamics are essential in order to predict crop water needs while adapting to external perturbation and disturbances. This paper presents a Dynamic Neural Network approach for modelling of the temporal soil moisture fluxes. The models are trained to generate a one-day-ahead prediction of the volumetric soil moisture content based on past soil moisture, precipitation, and climatic measurements. Using field data from three sites, a value above 0.94 was obtained during model evaluation in all sites. The models were also able to generate robust soil moisture predictions for independent sites which were not used in training the models. The application of the Dynamic Neural Network models in a predictive irrigation scheduling system was demonstrated using AQUACROP simulations of the potato-growing season. The predictive irrigation scheduling system was evaluated against a rule-based system that applies irrigation based on predefined thresholds. Results indicate that the predictive system achieves a water saving ranging between 20 and 46% while realizing a yield and water use efficiency similar to that of the rule-based system. View Full-Text
Keywords: irrigation scheduling; modeling; dynamic neural networks; soil moisture dynamics; sensors irrigation scheduling; modeling; dynamic neural networks; soil moisture dynamics; sensors
►▼ Show Figures 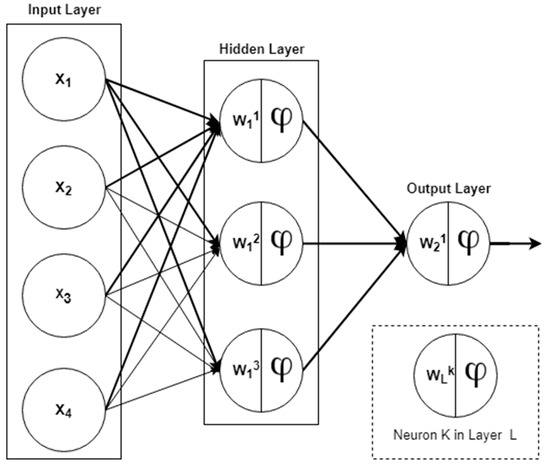