:
In this paper, the multi-walled carbon nanotubes modified screen-printed electrode (MWCNTs/SPE) was prepared and the MWCNTs/SPE was employed for the electrochemical determination of the antioxidant substance chlorogenic acids (CGAs). A pair of well-defined redox peaks of CGA was observed at the MWCNTs/SPE in 0.10 mol/L acetic acid-sodium acetate buffer (pH 6.2) and the electrode process was adsorption-controlled. Cyclic voltammetry (CV) and differential pulse voltammetry (DPV) methods for the determination of CGA were proposed based on the MWCNTs/SPE. Under the optimal conditions, the proposed method exhibited linear ranges from 0.17 to 15.8 µg/mL, and the linear regression equation was Ipa (µA) = 4.1993 C (×10−5 mol/L) + 1.1039 (r = 0.9976) and the detection limit for CGA could reach 0.12 µg/mL. The recovery of matrine was 94.74%–106.65% (RSD = 2.92%) in coffee beans. The proposed method is quick, sensitive, reliable, and can be used for the determination of CGA.
Keywords:
chlorogenic acid; screen-printed electrode; multi-walled carbon nanotubes

Chlorogenic acids (CGAs) (Figure 1) are a group of polyphenolic compounds common in different plant materials including many common foods and beverages [1], but especially in coffee, which has one of the highest concentrations of CGA of all plant constituents [2]. Many reports have indicated that a diet rich in CGA compounds plays a significant role in preventing many negative effects of aging, as well various diseases associated with oxidative stress such as cancer, cardiovascular, aging and neurodegenerative disease [3,4].
Several methods have been developed for the determination of chlorogenic acid and its derivatives in coffee beans and other plants. The most widely used methods are HPLC [5,6,7], capillary electrophoretic [8,9], and Miceller electrokinetic chromatography [10]. Although these developed methods have been efficient for the quantification of CGA and its derivatives, they have been criticized as being tedious and time consuming, and most of the instruments necessary for these methods are very expensive. In addition, UV-Vis spectrophotometer method is simple, fast and inexpensive for the determination of CGA in coffee beans; however, a direct spectral determination in coffee beans is relatively difficult, because of the spectral overlap with caffeine.
In recent years, electrochemical methods have been widely investigated in the determination of phenolic compounds due to their simplicity, low cost, high sensitivity and rapid response [11,12]. Furthermore, caffeic acid as another important component of coffee can be broadly studied by cyclic voltammetry methods [13,14]. Nevertheless, to the best of our knowledge, the electrochemical determination of CGA has barely been reported.
Screen-printed electrodes (SPEs) are especially recommended in the large-scale production of electrodes with easy-use and portability properties, which have been studied by Hart, Banks and Wang [15,16,17,18]. Also, these miniaturized screen-printed electrodes are suitable for working with sample microvolumes, and are disposable [19,20]. Screen-printed electrodes modified with multi-walled carbon nanotubes (MWCNTs/SPE) improve electron transfer properties, resulting in high sensitivity and low detection limits, decreased overpotentials, ease of mass production, and practicality [21]. Furthermore, they are described as useful electroanalytical tools for the development of analytical applications [22,23,24,25].
In this paper, we applied a simple and fast way to detect CGA with a highly sensitive voltammetric analysis method by using a modified screen-printed electrode with multi-walled carbon nanotubes. Here, the multi-walled carbon nanotubes material with a modified screen-printed electrode was prepared. The electrochemical behavior of CGA at MWCNTs/SPE was investigated, and a sensitive electrochemical analysis method of differential pulse voltammetry (DPV) was developed for the determination of CGA. Furthermore, the proposed method can be used in the quantitative determination of CGA in coffee beans.

2.2.1. Purification and Functionalization of the Multi-Walled Carbon Nanotubes

In a 100 mL, three-necked, round-bottomed flask, the multi-walled carbon nanotubes of 500 mg and 50 mL concentrated nitric acid were firstly added and mixed homogenously. Next, the mixture was constant-temperature reflowed for 12 h at 140 °C in an oil bath. Then, it was separated in the centrifugal separator. Finally, the multi-walled carbon nanotubes, after centrifugal separation, were washed with distilled water and then dried in a vacuum oven [26]. Thus, the carboxylated multi-walled carbon nanotubes (MWCNT-COOH) were obtained. And the Raman spectra of MWCNT and MWCNT-COOH were shown in Figure 2. Both of the spectra have the same pattern. Moreover, both Raman spectroscopy analyses showed a strong band at 1580 cm−1 (G lines) which is the Raman-allowed phonon high-frequency E2g first-order mode, and a disordered-induced peak at 1358 cm−1 (D lines), which may originate from defects in the curved graphene sheets, tube ends, as well as the turbostratic structure of graphene in the materials [27,28]. Comparing the ratio of IG/ID of the two samples, which are 0.95 for MWCNT, 0.71 for MWCNT-COOH, respectively, we were able to determine that the degree of disorder is reduced after carboxylation. Thus the carboxylation of MWCNTs might improve the electrochemical properties.

Before modifying the working electrode at the integrated SPEs, the SPEs were first washed with distilled water and dried by N2 stream. Then the SPEs was pre-anodized in a 0.1 M (pH = 7.4) PBS containing 0.1 M KCl by applying an anodic potential of +1.9 V (vs. Ag/AgCl) for 120 s. The MWCNTs/SPEs were prepared by coating 5 µL 0.3 mg/mL of the MWCNTs homogeneous suspension onto the SPEs and then dried at room temperature overnight. All modified electrodes were cleaned by cyclic voltammetric technique between –0.5 and +0.5 V at a scan rate of 50 mV/s in PBS (pH 7.4) until a stable cyclic voltammetric response was obtained, and then rinsed with water and dried under a nitrogen stream [29]. The SEM comparison of bare SPE and the multi-walled carbon nanotubes modified screen-printed electrode was shown in Figure 3. The results showed that the surface of the MWCNTs/SPEs was a kind of reticulate cubic structure. It is obvious that the MWCNTs (with little amorphous carbon impurities) were distributed uniformly on the surface of SPE. The spaghetti-like MWCNTs formed a porous structure. The entangled cross-linked fibrils offered high accessible surface area.

Figure 4 displays the CV curves of CGA in the 0.10 mol/L acetic acid-sodium acetate buffer solution (pH 6.2) at different electrodes included bare SPE (Figure 4a) and MWCNTs/SPE (Figure 4b). The scan rate is 0.15 V/s with the potential range from −0.5 V to 0.5 V. The result shows that there is no electrochemical response; however, an obvious pair of redox peaks were obtained at MWCNTs/SPE. The oxidation peak potential (Epa) and reduction peak potential (Epc) of CGA were 0.08 V and −0.19 V (vs. Ag/AgCl), respectively, as ΔE = Epa − Epc = 0.27 V (vs. Ag/AgCl). The ratio of the oxidation peak current and reduction peak (Ipa:Ipc) was 0.42, implying that the electrode process of CGA at MWCNTs/SPE is quasi-reversible.

3.2. Influence of Supporting Electrolyte and pH

3.3. Influence of the Scan Rate

Figure 7 and Figure 8 shows the effect of scan rate on the CV response of CGA at MWCNTs/SPE in the 0.10 mol/L acetic acid-sodium acetate buffer solution (pH 6.2). It is found that both the oxidation peak current (Ipa) and reduction peak current (Ipc) are linear to the scan rate (υ) in the range of 0.03 to 0.15 V/s, the linear regression equations of Ipa and Ipc are Ipa (µA) = 15.887 ν + 2.8809 (r = 0.9969) and Ipc (µA) = 16.798 ν + 4.1028 (r = 0.9955), respectively. This indicates that the Ip is proportional to the v but not v1/2. Therefore, the electrochemical process of CGA at MWCNTs/SPE is adsorption-controlled. The maximum peak signal-to-noise ratio for CGA was achieved at the scan rate of 0.15 V/s. The scan rate of 0.15 V/s was therefore selected for this work.
The relationship between the peak current (I) and electron transfer number (n) comply with Equation (1) in the electrode reaction according to the Laviron theory [30].
While, F (96485 C·mol−1), A (cm2), ΓT (mol·cm−2) and v (mV/s) in the formula are the Faraday constant, the electrode surface area, the adsorption quantity and the scan rate, respectively. Q = nFAΓT, Q is the peak area of a single process of cyclic voltammetry (with quantity of electricity). The oxidation peak electron transfer number（n） was calculated to be 2.01 (v = 0.15 V/s) in this electrode reaction, the oxidation peak potential (Epa) and reduction peak potential (Epc) of CGA were 0.08 V and −0.19 V (vs. Ag/AgCl), respectively. ΔE = Epa − Epc = 0.27 V (vs. Ag/AgCl), the ratio of the oxidation peak current and reduction peak (Ipa/Ipc) was 0.42, implying that the electrode process of CGA at MWCNTs/SPE is quasi-reversible.

3.4. The Linear Range and Detection Limit

A well-defined oxidation peak DPV responses with a high peak current of CGA was observed at MWCNTs/SPE. MWCNTs/SPE was the working electrode. The different concentrations of CGA were added into acetic acid-sodium acetate buffer solution (pH 6.2), then the differential pulse voltammetry analysis was used in a pulse width of 50 ms, a pulse amplitude of 180 mV, and pulse interval of 50 ms in the potential range of −0.5–0.5 V. We found that the oxidation peak current value was linearly related to the concentration of CGA in the range of 0.17 to 15.8 μg/mL and the detection limit was 0.12 μg/mL (shown in Figure 9). The regression equation was: Ipa (µA) = 4.1993 c (10−5 mol/L) + 1.1039 (r = 0.9976).
The detection limit and linear range of the proposed method have been compared with that of the other previously reported methods for the determination of CGA shown in Table 1. It is evident that the proposed electrochemical method shows high sensitivity with the lower detection limit, indicating that MWCNTs/SPE can be used as a sensor for the sensitive electrochemical detection of CGA in many samples [31,32,33,34].

The coffee beans (From Puèr University, Puèr, China) were ground to powder with a mortar, and the ground coffee sample was defatted with hexane (1:6; w/v) for 8 h in a Soxhlet extraction system. Then, CGA was extracted from the defatted coffee powder with water using the microwave-assisted extraction (MAE) lab station (Shanghai new apparatus of Microwave Chemical Technology Co., LTD, Shanghai, China) for 5 min under the conditions of 800 w, 50 °C and liquid-solid ratio of 5:1 [35]. According to the proposed method, the MWCNTs/SPE was applied to the determination of CGA in coffee beans, and the result is shown in Table 1. The standard deviation (RSD %) was found to be 1.33%–4.77% and the recovery was 94.74%–106.65%. The result of CGA determination was in good agreement with that specified by HPLC (shown in Table 2.).

Xiaoyan Ma and Yuntao Gao designed the overall system for estimating the accuracy of the determination of CGA based on electrochemical method. In addition, they wrote and revised the paper. Hongqiao Yang, Huabin Xiong, Xiaofen Li and Jinting Gao helped the experiments. 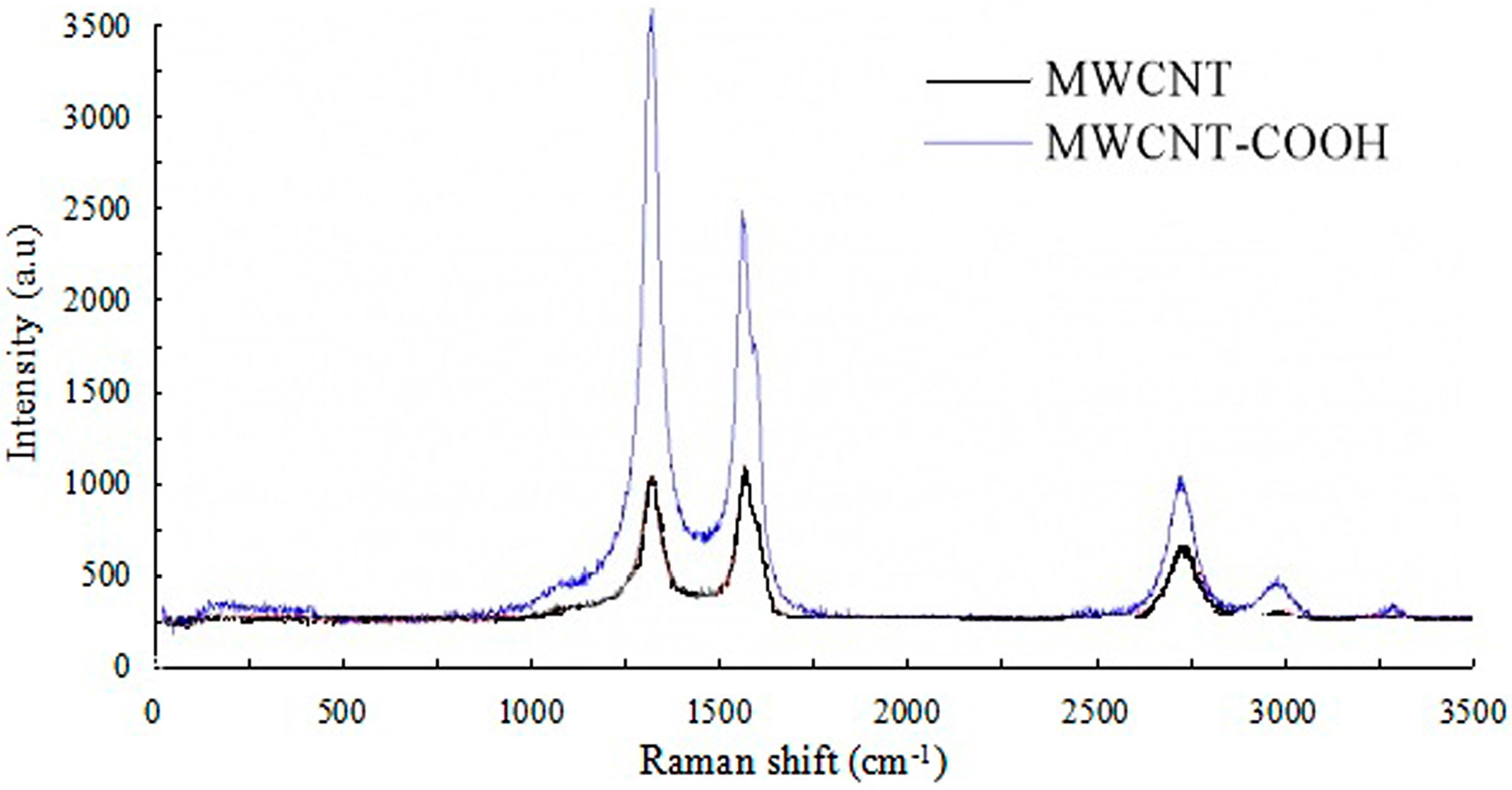 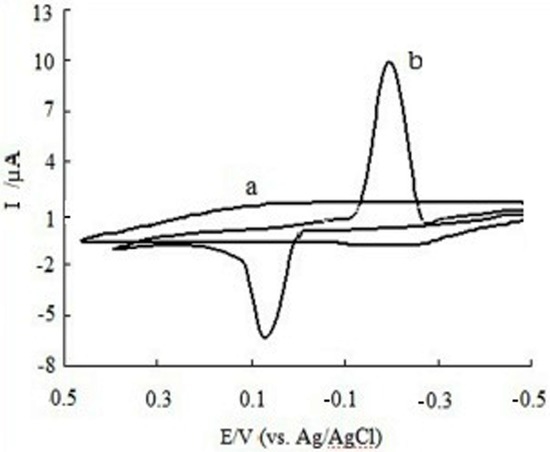 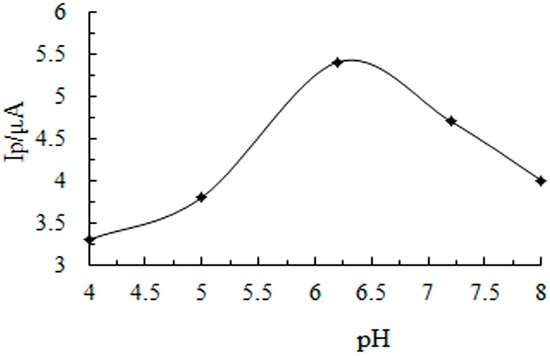 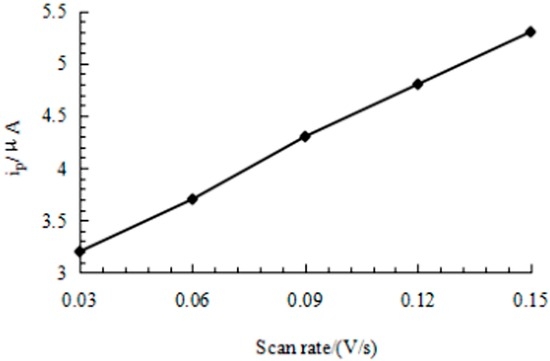 Table 1. Comparison of our research with other methods for CGA detection.