Assessment of the Contribution of BeiDou GEO, IGSO, and MEO Satellites to PPP in Asia—Pacific Region

In contrast to the US Global Positioning System (GPS), the Russian Global Navigation Satellite System (GLONASS) and the European Galileo, the developing Chinese BeiDou satellite navigation system (BDS) consists of not only Medium Earth Orbit (MEO), but also Geostationary Orbit (GEO) as well as Inclined Geosynchronous Orbit (IGSO) satellites. In this study, the Precise Point Positioning (PPP) and PPP with Integer Ambiguity Resolution (IAR) are obtained. The contributions of these three different types of BDS satellites to PPP in Asia–Pacific region are assessed using data from selected 20 sites over more than four weeks. By using various PPP cases with different satellite combinations, in general, the largest contribution of BDS IGSO among the three kinds of BDS satellites to the reduction of convergence time and the improvement of positioning accuracy, particularly in the east direction, is identified. These PPP cases include static BDS only solutions and static/kinematic ambiguity-float and -fixed PPP with the combination of GPS and BDS. The statistical results demonstrate that the inclusion of BDS GEO and MEO satellites can improve the observation condition and result in better PPP performance as well. When combined with GPS, the contribution of BDS to the reduction of convergence time is, however, not as significant as that of GLONASS. As far as the positioning accuracy is concerned, GLONASS improves the accuracy in vertical component more than BDS does, whereas similar improvement in horizontal component can be achieved by inclusion of BDS IGSO and MEO as GLONASS. View Full-Text
Keywords: BDS; precise point positioning; integer ambiguity resolution; convergence time; multi-GNSS BDS; precise point positioning; integer ambiguity resolution; convergence time; multi-GNSS
►▼ Show Figures 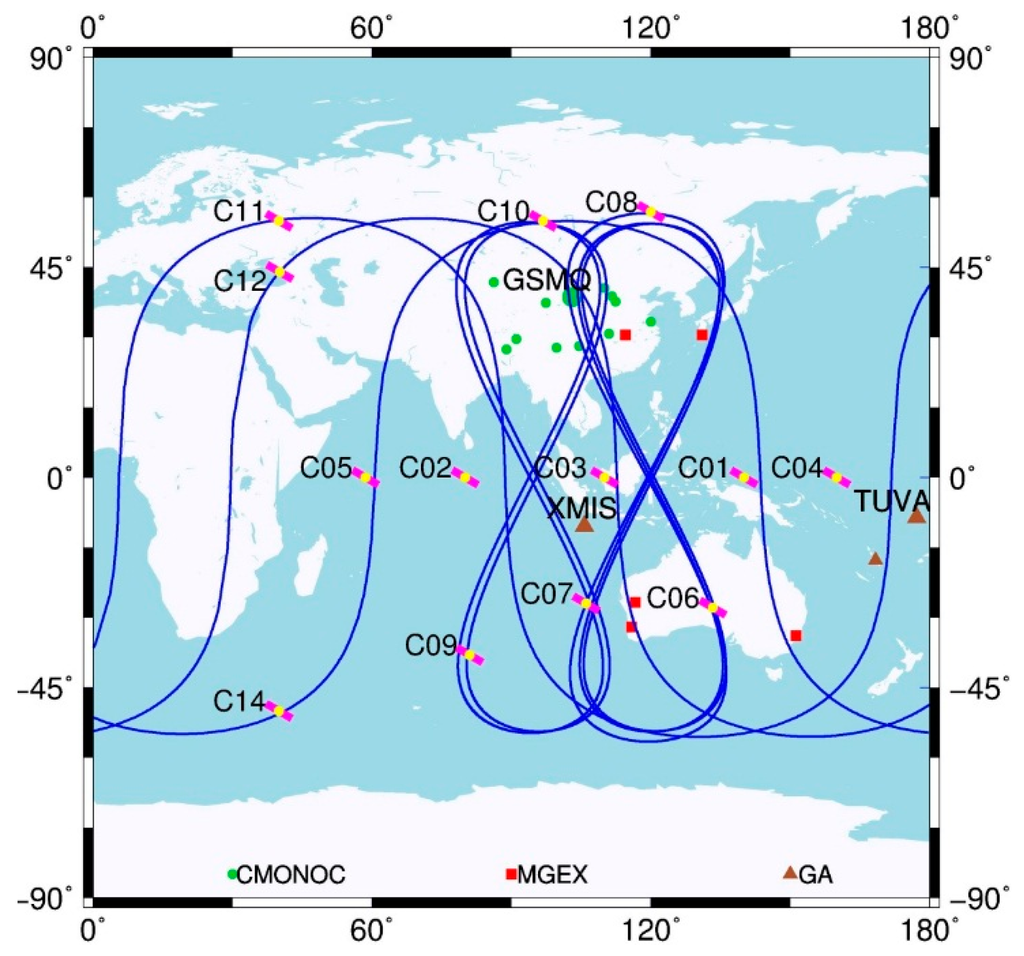