Roughness plays an important role in determining how a real object will interact with its environment. Rough surfaces usually wear more quickly and have higher friction coefficients than smooth surfaces. Roughness is performance of a mechanical component, since irregularities in the surface may form nucleation soften a good prediction for cracks or corrosion. Although roughness is usually undesirable, it is difficult and expensive to control in manufacturing. Decreasing the roughness of a surface will usually exponentially increase its manufacturing costs. This often results in a trade-off between the manufacturing cost of a component and its performance in an application.
Planning of experiments through design of experiments has been used quite successfully in process optimization by Chen and Chen [1], Fung and Kang [2], Tang et al. [3], Vijian and Arunachalam [4], Yang [5] as well as Zhang et al. [6], etc. Four controlling factors including the cutting speed, the feed rate, the depth of cut, and the cutting fluid mixture ratios with three levels for each factor were selected. The Grey relational analysis is then applied to examine how the turning operation factors influence the quality targets of roughness average, roughness maximum and roundness. An optimal parameter combination was then obtained. Additionally, ANOVA was also utilized to examine the most significant factors for the turning process when the roughness average, roughness maximum and roundness are simultaneously considered.
Aslan et al., [7], using Design optimization of cutting parameters when turning hardened AISI 4140 steel (63 HRC) with Al2O3 + TiCN mixed ceramic tool used an orthogonal array and the analysis of variance (ANOVA) to optimization of cutting parameters. The flank wear (VB) and surface roughness (Ra) had investigated. Nalbant et al. [8] used a Taguchi method to find the optimal cutting parameters for surface roughness in turning operations of AISI 1030 steel bars using TiN coated tools. Three cutting parameters, namely, insert radius, feed rate, and depth of cut, are optimized with considerations of surface roughness, and so on. However, very few studies have been conducted to investigate roundness under different turning parameters. Additionally, proper application of cutting fluids as studied by Kalpakjian and Schmid, [9] and EI Baradie, [10], can increase productivity and reduce costs by allowing one to choose higher cutting speeds, higher feed rates and greater depths of cut. Effective application of cutting fluids can also increase tool life, decrease surface roughness, increase dimensional accuracy and decrease the amount of power consumed. Water-soluble (water-miscible) cutting fluids are primarily used for high speed machining operations because they have better cooling capabilities [10]. There fluids are also best for cooling machined parts to minimize thermal distortions. Water-soluble cutting fluids are mixed with water at different ratios depending on the machining operation. Therefore, the effect of water-soluble cutting fluids under different ratios was also considered in this study.
A recent investigation performed by Alauddin et al. [11] has revealed that when the cutting speed is increased, productivity can be maximised and, meanwhile, surface quality can be improved. According to Hasegawa et al. [12], surface finish can be characterised by various parameters such as average roughness (Ra), smoothening depth (Rp), root mean square (Rq) and maximum peak-to-valley height (Rt). The present study uses average roughness (Ra) for the characterisation of surface finish, since it is widely used in industry. By using factors such as cutting speed, feed rate and depth of cut, Hashmi and his coworkers [13,14] have developed surface roughness models and determined the cutting conditions for 190 BHN steel and Inconel 718. EI-Baradie [15] and Bandyopadhyay [16] have shown that by increasing the cutting speed, the productivity can be maximised and, at the same time, the surface quality can be improved. According to Gorlenko [17] and Thomas [18], surface finish can be characterised by various parameters. Numerous roughness height parameters such as average roughness (Ra), can be closely correlated. Mital and Mehta [19] have conducted a survey of the previously developed surface roughness prediction models and factors influencing the surface roughness. They have found that most of the surface roughness prediction models have been developed for steels.

This is a method for obtaining an approximate function using results of several numerical calculations to increase calculation efficiency and thereby implement design optimization. In the response surface method, design parameters are changed to formulate an approximate equation by the design of experiments method. An approximate sensitivity calculation of a multicrestedness problem can be performed using a convex continuous function and applied to optimization. The Box-Behnken Design is normally used when performing non-sequential experiments. That is, performing the experiment only once. These designs allow efficient estimation of the first and second–order coefficients. Because Box-Behnken designs have fewer design points, they are less expensive to run than central composite designs with the same number of factors. Box-Behnken designs do not have axial points, thus we can be sure that all design points fall within the safe operating zone. Box-Behnken designs also ensure that all factors are never set at their high levels simultaneously [20–22]. The proposed linear model correlating the responses and independent variables can be represented by the following expression: where y is the response, C, m, n and p are the constants Equation (1) can be written in the Equation (2): where y is the response, x0 = 1(dummy variable), x1= cutting speed, x2 = feedrate, and x3 = axial depth. β0 = C and β1, β2, and β3, are the model parameters. The second-order model can be expressed as shown in Equation (3):

Ant colony optimization algorithms are part of swarm intelligence, that is, the research field that studies algorithms inspired by the observation of the behaviour of swarms. Swarm intelligence algorithms are made up of simple individuals that cooperate through self-organization, that is, without any form of central control over the swarm members. A detailed overview of the self organization principles exploited by these algorithms, as well as examples from biology, can be found in [23].
One of the first researchers to investigate the social behaviour of insects was the French entomologist Pierre-Paul Grassé. In the 1940s and 1950s, he was observing the behaviour of termites in particular, the Bellicositermes natalensis and Cubitermes species. He discovered [24] that these insects are capable of reacting to what he called “significant stimuli,” signals that activate a genetically encoded reaction. He observed [24] that the effects of these reactions can act as new significant stimuli for both the insect that produced them and for the other insects in the colony.
Goss et al. [25] developed a model to explain the behaviour observed in the binary bridge experiment. Assuming that after t time units since the start of the experiment, m1 ants had used the first bridge and m2 the second one, the probability p1 for the (m + 1)th ant to choose the first bridge can be given by Equation (4): where parameters k and h are needed to fit the model to the experimental data. The probability that the same (m + 1)th ant chooses the second bridge is P2(m+1) = 1 − P1(m+1). Monte Carlo simulations, run to test whether the model corresponds to the real data [10], showed very good fit for k ≈ 20 and h ≈ 2. This basic model, which explains the behaviour of real ants, may be used as an inspiration to design artificial ants that solve optimization problems defined in a similar way.
Ant colony optimization has been formalized into a combinatorial optimization metaheuristic by Dorigo et al. [26,27] and has since been used to tackle many combinatorial optimization problems (COPS). Given a COP, the first step for the application of ACO to its solution consists in defining an adequate model. This is then used to defined the central component of ACO: the pheromone model. The model of a COP may be defined as follows:
A model P = (S, Ω, f) of a COP consists of:
Ant System was the first ACO algorithm to be proposed in the literature [28–30]. Its main characteristic is that the pheromone values are updated by all the ants that have completed the tour. The pheromone update for τij, that is, for edge joining cities i and j, is performed as follows [Equation (5)]: where ρ is the evaporation rate, m is the number of ants, and is the quantity of pheromone per unit length laid on edge (i, j) by the kth ant [28] as shown in Equation (6): where Q is a constant and Lk is the tour length of the kth ant.

The 27 experiments were carried out on a 6-axes Haans machining centre as shown in Figure 1. A water soluble coolant was used in these experiments. Each experiment was stopped after 90 mm cutting length. For the surface roughness measurement surface roughness tester was used. Each experiment was repeated three times using a new cutting edge every time to obtain accurate readings of the surface roughness. The physical and mechanical properties of the workpiece are shown in Table 1 and Table 2. After the preliminary investigation, the suitable levels of the factors are used in the statistical software to deduce the design parameters for the aluminium alloy (AA6061-T6) as shown in Table 3. The lower and higher speed values selected are 100 m/s and 180 m/s, respectively. For the feed, the lower value is 0.1 mm/rev and the higher value is 0.2 mm/rev. For the axial depth, the higher value is 0.2 mm and the lower value is 0.1 mm and for the radial depth the higher value is 5 mm and lower value is 2 mm.

This research illustrates the machining of aluminium alloy (AA6061-T6) with end-milling methods and predicting their subsequent surface roughness. There is becoming a need for investigating the machining of various types of aluminium and their surface roughness, which in turn can be useful in developing more cost effective personalised products. The authors have shown the use of RACO to formulate an optimised minimum surface roughness prediction model for end machining of AA6061-T6. This prediction model is tested on the validation experimental and the error analysis of the prediction result with the measured results is estimated at 4.65% for minimum surface roughness which is small and shows the efficacy of the prediction model. Finally, the simulation results show that ACO combine with RSM can be very successively used for reduction of the effort and time required. This means that it can solve many problems that have mathematical and time constraints. 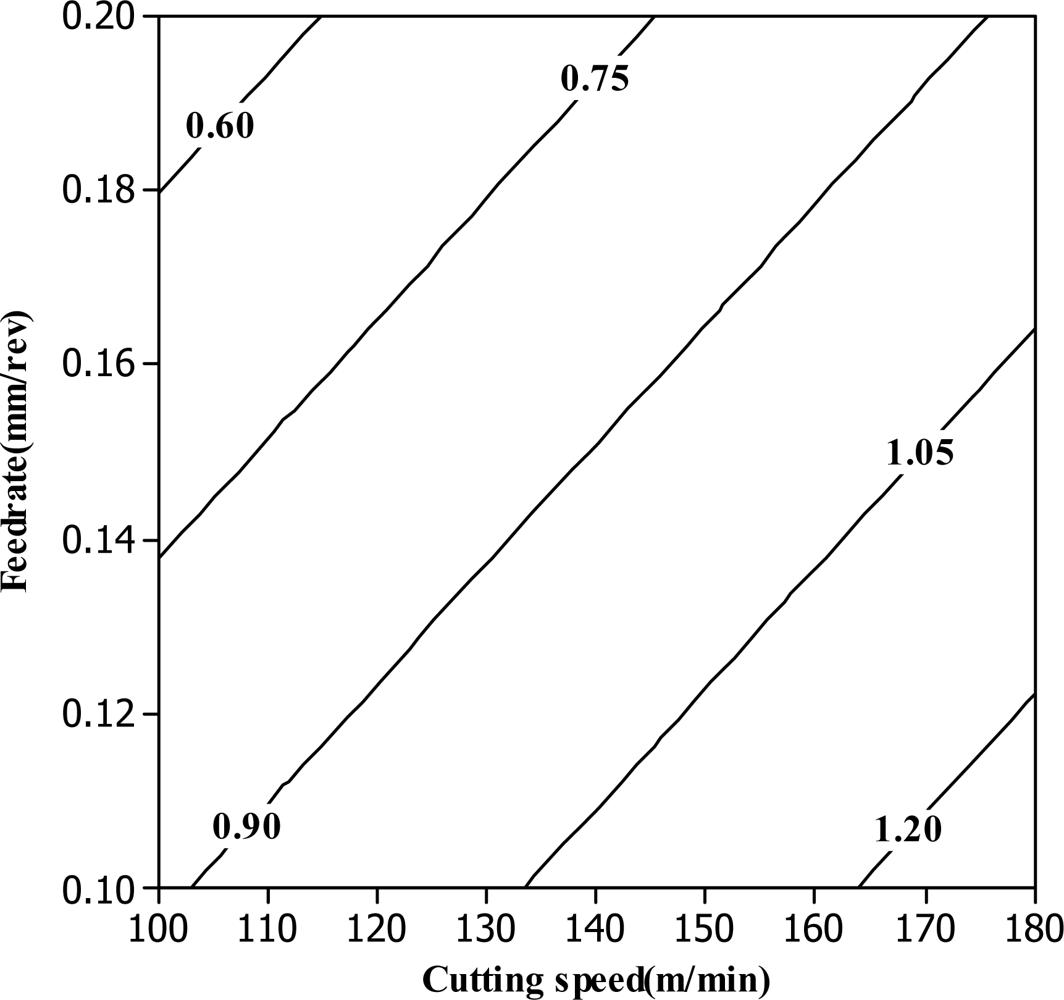 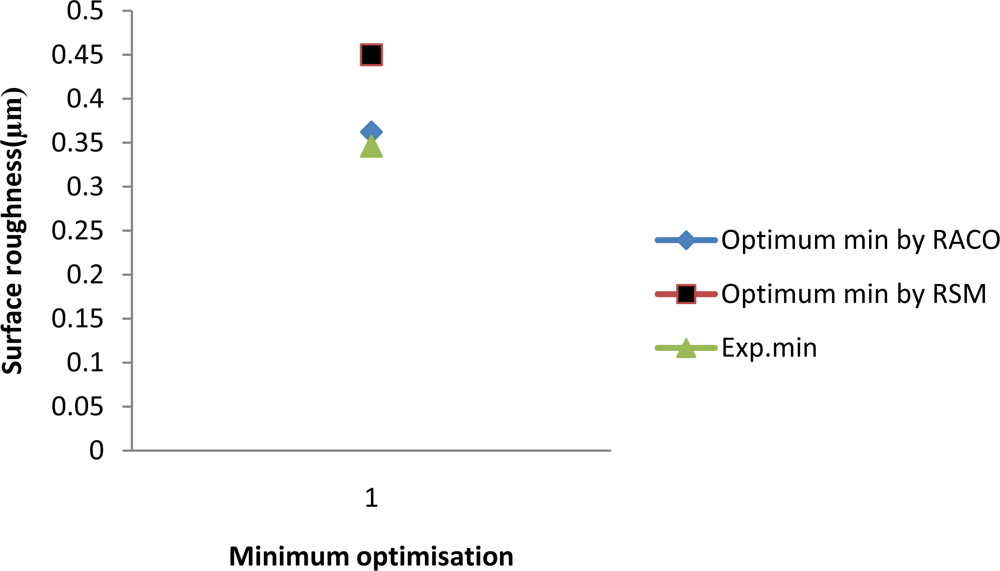 Table 3. Mechanical properties of the workpiece.