Black band disease (BBD) is the oldest recognised disease associated with scleractinian corals. However, despite this, few BBD surveys have been conducted in the Indonesian archipelago, one of the world’s hot spots for coral diversity. In this study, we show that BBD was recorded in the reefs of Kepulauan Seribu, Indonesia, at the time of surveying. The disease was found to mainly infect corals of the genus Montipora. In some instances, upwards of 177 colonies (31.64%) were found to be infected at specific sites. Prevalence of the disease ranged from 0.31% to 31.64% of Montipora sp. colonies throughout the archipelago. Although BBD was found at all sites, lower frequencies were associated with sites closest to the mainland (17.99 km), as well as those that were furthest away (63.65 km). Despite there being no linear relationship between distance from major population centers and BBD incidence, high incidences of this disease were associated with sites characterized by higher levels of light intensity. Furthermore, surveys revealed that outbreaks peaked during the transitional period between the dry and rainy seasons. Therefore, we suggest that future surveys for disease prevalence in this region of Indonesia should focus on these transitory periods. View Full-Text
Keywords: black band disease; coral reef; light intensity; Montipora; water pollution black band disease; coral reef; light intensity; Montipora; water pollution
►▼ Show Figures 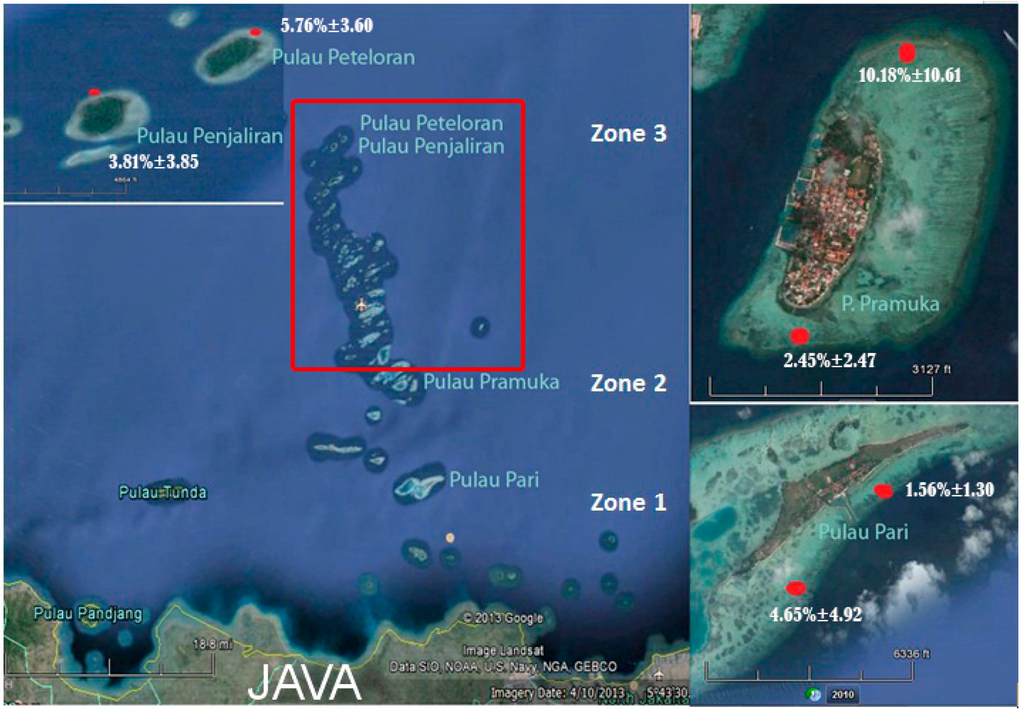