Our aim was to investigate species co-occurrence patterns in a large number of published biotic communities, in order to document to what extent species associations can be found in presence-absence matrices. We also aim to compare and evaluate two metrics that focus on species pairs (the ‘natural’ and the ‘checkerboard’ metric) using also artificial matrices. We applied the two metrics to many data sets from a huge variety of insular systems around the world. Both metrics reliably recover deviating species pairs and provide similar, albeit not identical, results. Nevertheless, only a few matrices exhibit significant deviations from random patterns, mostly vertebrates and higher plants. The benchmark cases cited in literature in favor of such assembly rules are indeed included in these exceptional cases. In conclusion, competitive or cooperative species interactions shaping communities cannot be inferred from patterns exhibited by presence-absence matrices. When such an analysis is attempted though, both the ‘natural’ and the ‘checkerboard’ metric should be set in a proper framework in order to provide useful insights regarding species associations. A large part of the discussion on species co-occurrence had originally been based on a few exceptional data sets that are not indicative of general patterns. View Full-Text
Keywords: assembly rules; checkerboard units; competition; natural metric; null models assembly rules; checkerboard units; competition; natural metric; null models
►▼ Show Figures 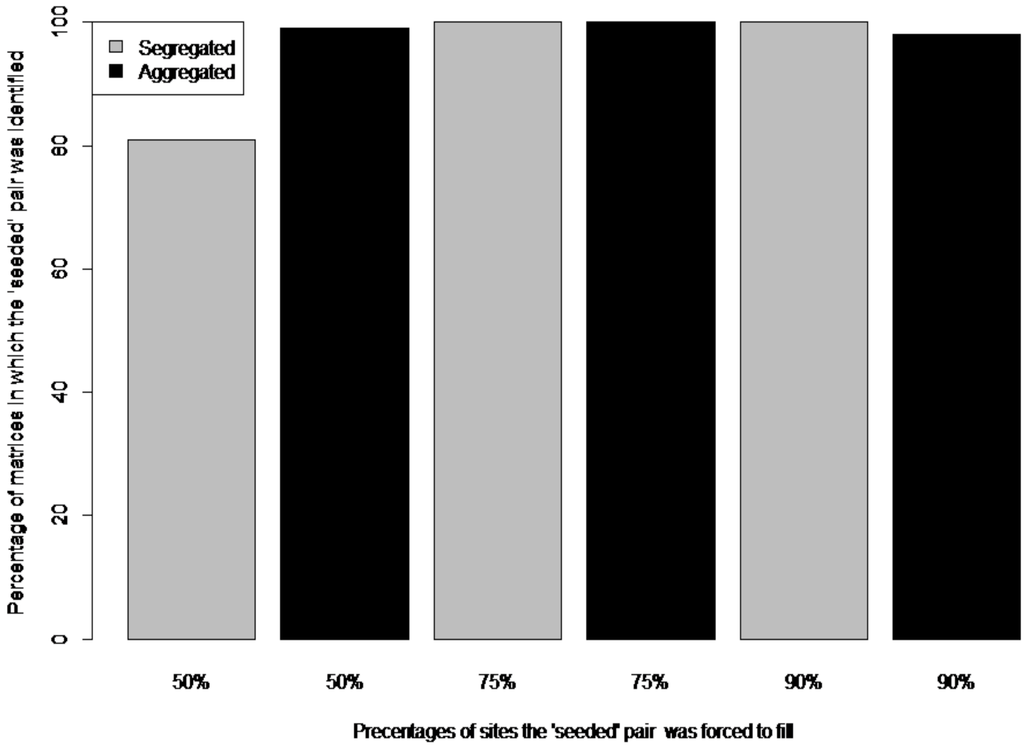 
Pitta, Eva; Giokas, Sinos; Sfenthourakis, Spyros. 2012. "Significant Pairwise Co-occurrence Patterns Are Not the Rule in the Majority of Biotic Communities." Diversity 4, no. 2: 179-193.