The Relation between Evenness and Diversity
Previous Article in Special Issue

The Brazilian Pampa: A Fragile Biome

The area of the Aegean can be described as one of nature’s most active laboratories. The contemporary geomorphology of the Aegean is a result of diverse and still ongoing geological events, which coupled with climate changes, have created mountains and thousands of islands. The Aegean bridges three continents, where human activity has been recorded for at least 10,000 years. Herpetofauna diversity offered early researchers the possibility of describing patterns in the Aegean, especially as the distributional limit for several species and faunal elements. The patterns initially described at a rather coarse scale formed the frame on which the application of new techniques opened new views and permitted finer analyses. Here, we assess recent works on the Aegean’s herpetofauna, outlining the role of sea barriers, especially the Mid Aegean Trench (MAT). We propose four basic patterns (pre-MAT, post-MAT, newcomers, and that of an outlier) and discuss exceptions to these patterns, to interpret the diversity recorded. The interdisciplinary study of taxonomy helps explaining the observed diversity and provides powerful arguments for how exploring diversity can be used to explain more than biological processes. View Full-Text
Keywords: Aegean; Greece; reptiles; amphibians; patterns Aegean; Greece; reptiles; amphibians; patterns
►▼ Show Figures 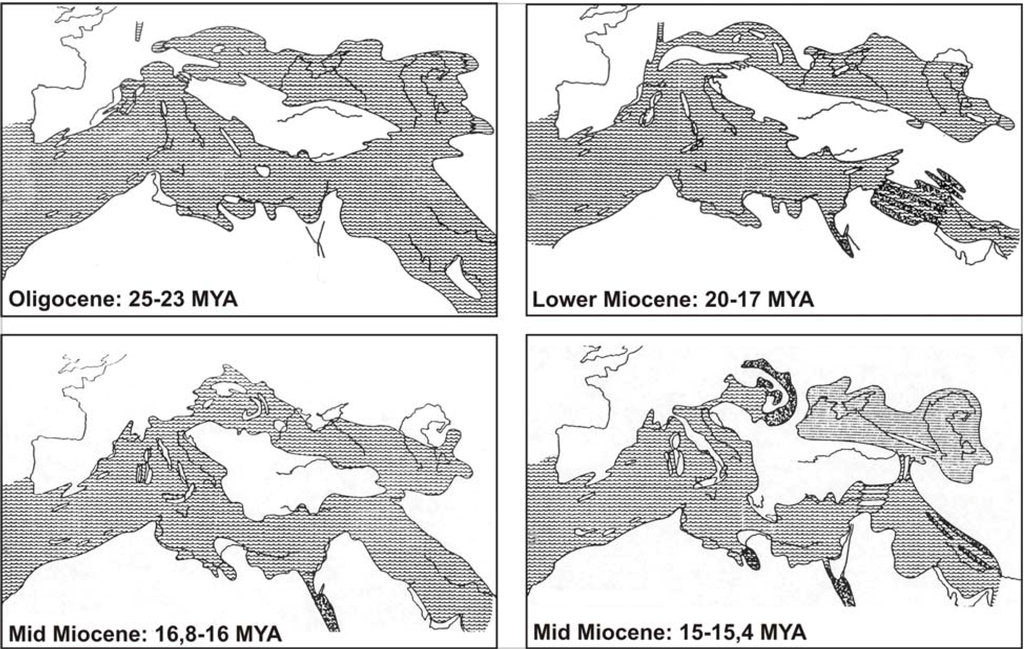