Still Digging: Advances and Perspectives in the Study of the Diversity of Several Sedentarian Annelid Families
Previous Article in Special Issue

Animal Forest Mortality: Following the Consequences of a Gorgonian Coral Loss on a Mediterranean Coralligenous Assemblage

In this work, the consequences of a local gorgonian coral mortality on the whole coralligenous assemblage were studied. A Before/After-Control/Impact sampling design was used: the structure of the coralligenous assemblage was compared before and after the gorgonian mortality event at the mortality site and two control sites. At the mortality site, a relevant decrease in alpha and beta diversity occurred, with a shift from a stratified assemblage characterized by gorgonians and other invertebrates to an assemblage dominated by algal turfs; conversely, neither significant variations of the structure nor decrease in biodiversity were observed at the control sites. The assemblage shift involved the main taxa in different times: in autumn 2018, a large proportion of the plexaurid coral Paramuricea clavata died, but no significant changes were observed in the structure of the remaining assemblage. Then, in autumn 2019, algal turfs increased significantly and, one year later, the abundance of the gorgonian Eunicella cavolini and bryozoans collapsed. Although the mechanisms of the assemblage shift following gorgonian loss will remain uncertain and a cause-effect relationship cannot be derived, results suggest the need for detecting signs of gorgonian forests stress in monitoring programs, which should be considered early indicators of their condition. in the coralligenous monitoring programs for detecting any sign of gorgonian forests stress which should be considered an early indicator of the assemblage condition. View Full-Text
Keywords: BACI design; coralligenous reefs; diversity; gorgonians; mortality BACI design; coralligenous reefs; diversity; gorgonians; mortality
►▼ Show Figures 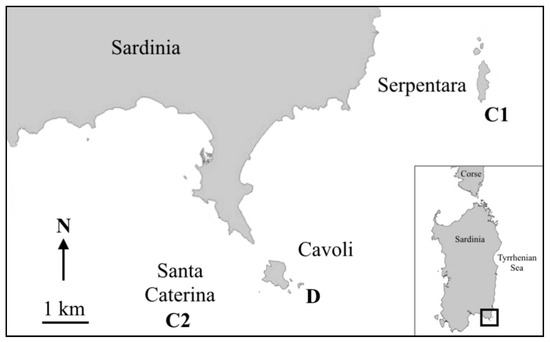