The cyanobacteriosponge Terpios hoshinota has been reported throughout the Indo-Pacific including the Great Barrier Reef, Australia. The species encrusts live coral, giant clams, and other benthos and can be a threat to benthic communities on coral reefs. The Kimberley region of Western Australia has some of the least impacted reefs globally. We report for the first time the presence of T. hoshinota in the eastern Indian Ocean on Kimberley inshore coral reefs. Given its invasive potential, reef health surveys should include this species, and monitoring approaches developed to audit the remote Kimberley for this and other invasive species. View Full-Text
Keywords: barcoding; giant clam; hard coral; invasive species; Porifera; Scleractinia barcoding; giant clam; hard coral; invasive species; Porifera; Scleractinia
►▼ Show Figures 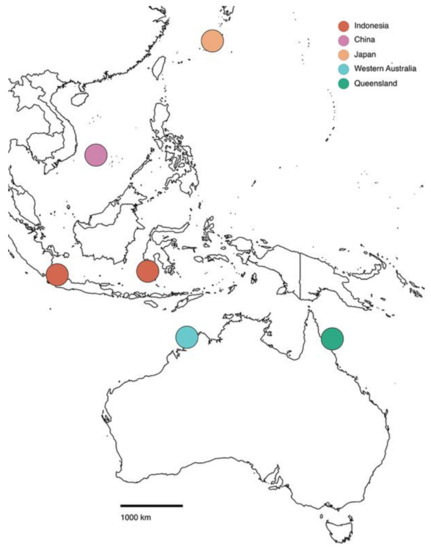