Synthesis of Aminopropyltriethoxysilyl-Substituted Imines and Amides

Alkyne derivatives are important in organic chemistry. For instance, the alkyne function is found in various chemicals (synthetic or natural ones) with applications in medicinal chemistry or material chemistry, just to name a few (Figure 1) [1,2,3,4].
Additionally, alkyne derivatives are valuable intermediates for the preparation of other compounds, through the transformation of the carbon-carbon triple bond (Figure 2) [5,6,7,8,9], A typical example being the Huisgen reaction [10,11,12].
Finally, alkyne-containing molecules can be used for the preparation of a broad range of coordination compounds through a reaction with metallic centers (Figure 3).
Consequently, the preparation of new alkyne-containing chemicals is still of interest. This paper describes how 1-(4-formyl-2,6-dimethoxyphenoxy)-4-chlorobut-2-yne (1) was obtained as the only product in an attempt to prepare bis-aldehyde (2) with the reaction of biomass-derived syringaldehyde with 1,4-dichlorobut-2-yne (Figure 4).

The biomass-derived syringaldehyde [17] was reacted with 0.5 equivalent of 1,4-dicholorobut-2-yne, using potassium carbonate as a base in dimethylformamide at room temperature for 72 h. While monitoring the reaction with TLC (silica gel; cyclohexane/ethyl acetate 7:3 by volume), only a single compound was noticed, and after 72 h, no further evolution of the reaction was observed. With no reference in hand, it was first believed that the observed TLC spot was for the desired compound 2. Nevertheless, after treatment, purification, and characterization, it appeared that the isolated compound was monoaldehyde 1 instead of the desired bis-aldehyde 2.
Compound 1 was identified by 1H and 13C-NMR spectroscopy. Specifically, two triplets were observed in 1H-NMR spectrum that accounted for the two -CH2- that were coupled together (5J = 2.0 Hz) through the triple bond. Multiplicities, coupling constants, and chemical shifts for the -O-CH2- and the -CH2-Cl parts of the molecule were consistent to those previously reported for similar 1-aryloxy-4-chlorobut-2-yne derivatives [18,19,20,21]. This further confirms the structure of 1. All other signals appear as singlet due to the symmetry of the aromatic part of the molecule (Figure 5 and Supplementary Materials).
The 13C-NMR spectrum exhibited 10 signals which agreed with the structure of compound 1. Finally, the recorded mass spectra of compound 1 fully agreed with the proposed structure since the molecular peak [M + Na]+ (m/z = 291.03818) as well as the isotopic distribution fit with the calculated spectrum (Supplementary Materials).

The obtention of only 1 was quite unexpected, as several reports [22,23,24,25,26,27,28,29,30,31,32,33,34,35,36,37] describe the synthesis of diversely substituted 1,4-bisaryloxybut-2-ynes from the reaction of various phenols with 1,4-dichlorobut-2-yne in different basic media.
The problem is clearly not linked to the force of the base that is used (potassium carbonate). In fact, one equivalent of syringaldehyde was able to react, indicating that deprotonation was effective.
Since nucleophilic substitutions onto chloro- derivatives are generally slow, one experiment was carried out in refluxing DMF with the aim to increase reaction kinetics. After an hour of reaction, TLC indicated the complete consumption of syringaldehyde. However, in this case, an intractable mixture of compounds was obtained, and it was not possible to recover any product. Additionally, reacting syringaldehyde and 1,4-dichlorobut-2-yne in a one-to-one ratio (instead of 1:0.5) under the same conditions (room temperature, 72 h) afforded 1 at 21%. This further confirms the low reactivity under these conditions. Consequently, it is necessary to investigate other reaction conditions in order to obtain the desired compound 2.

The reaction between 1,4-dichlorobut-2-yne and syringaldehyde only led to monoalkylation of the latter even though the reaction conditions were expected to produce a dialkylation product. Experiments are currently in progress to obtain the dialkylated compound. Results will be reported in due course.

This research did not receive specific funding.

The data from this study are available in this paper and in its Supplementary Materials. 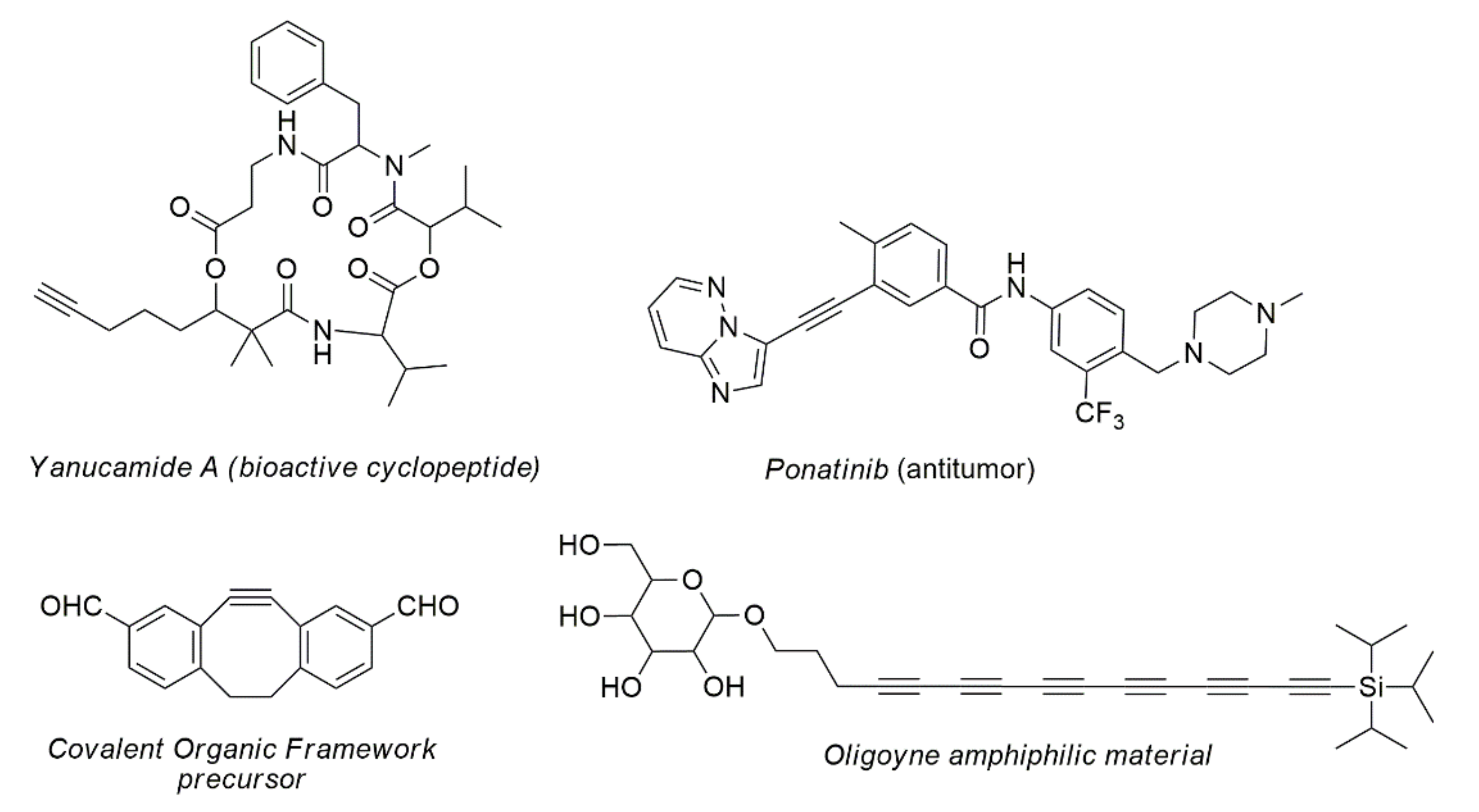 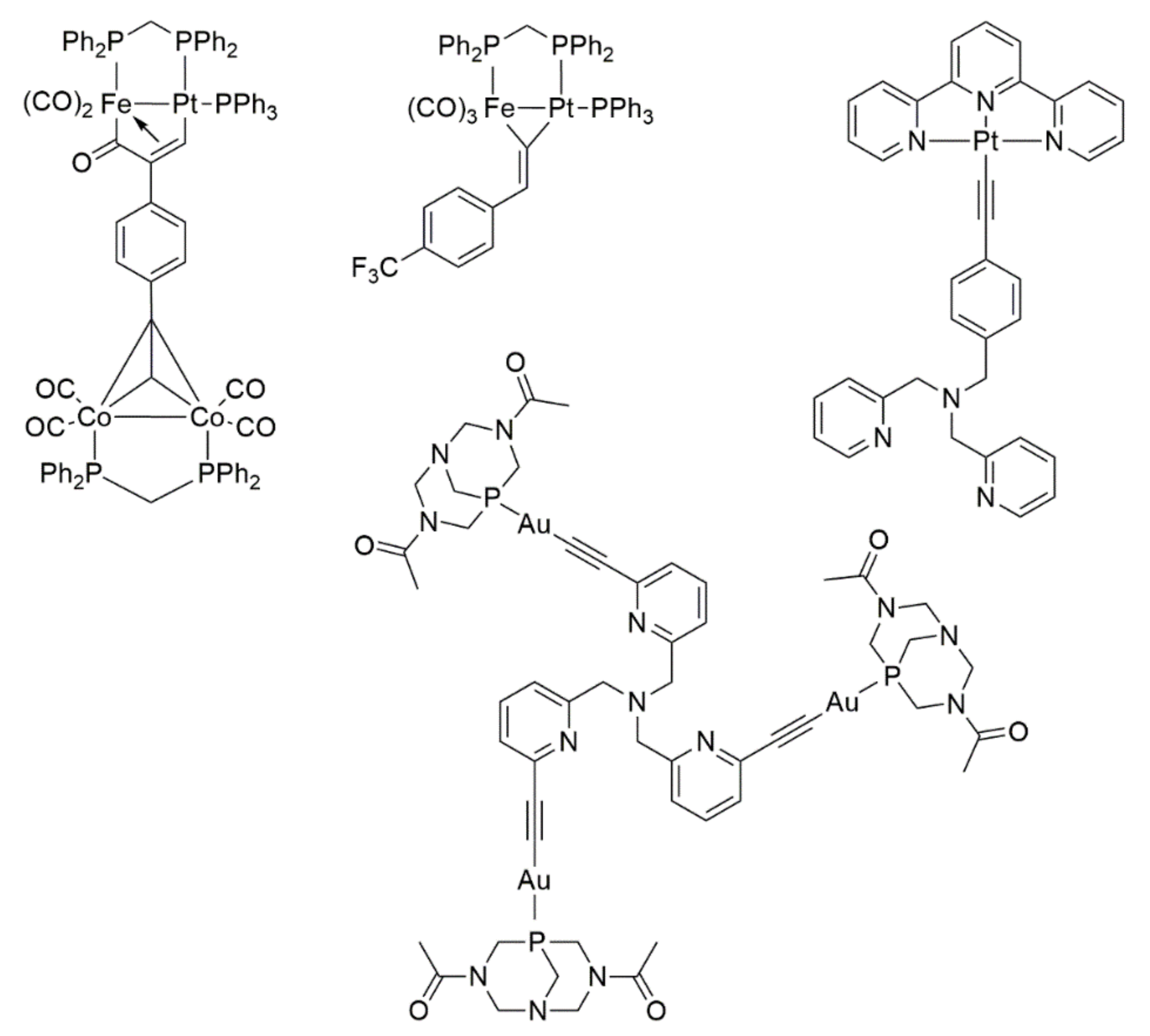 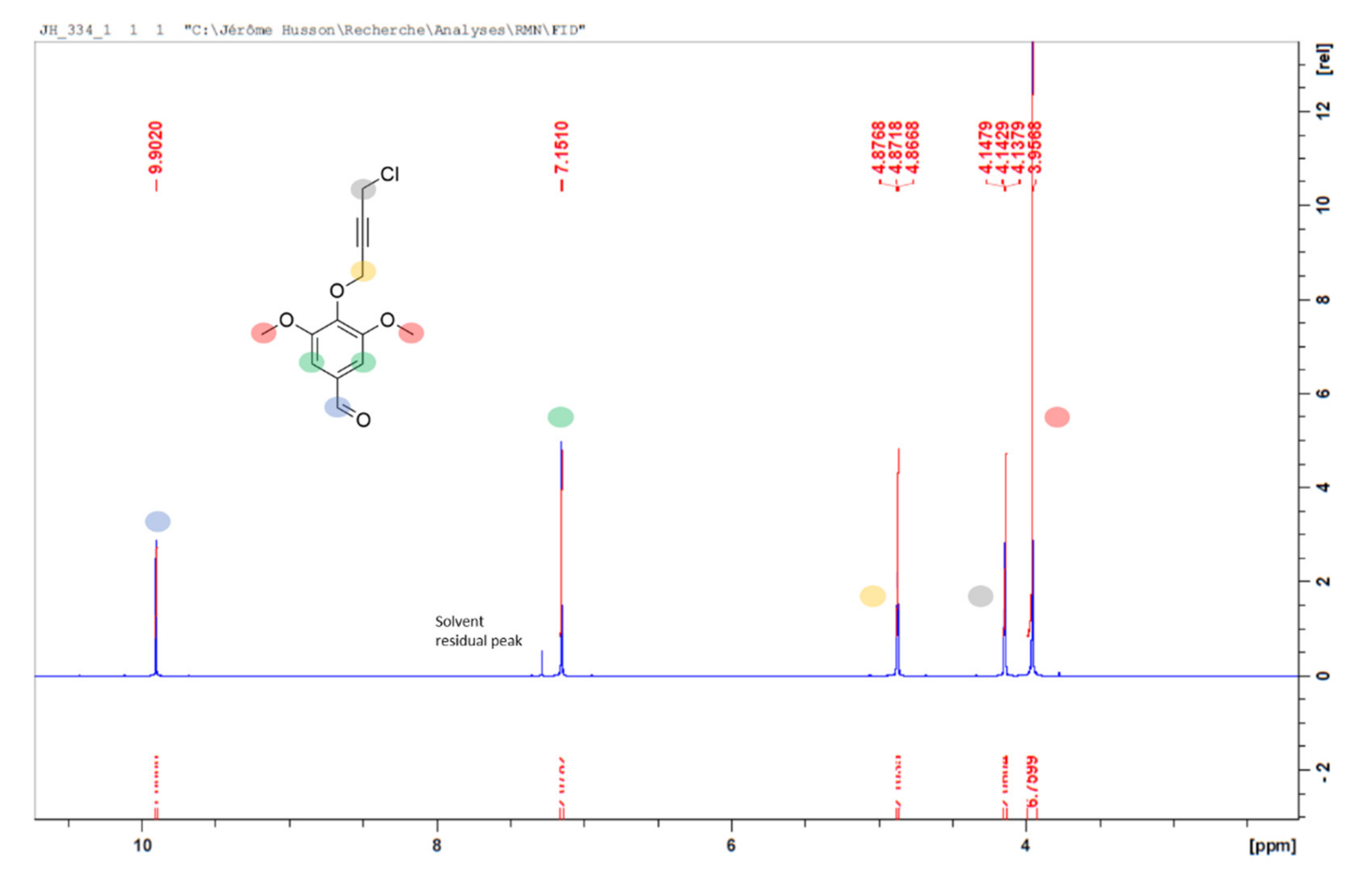