The oxidation number of the central metal atom in a complex generally determines the electronic states of the complex. In a metal complex containing a redox-active non-innocent ligand, conversely, ligands as well as the metal centers can also control the electronic states of the complex. For example, azo compounds can directly accept one or two electrons because they have a low-lying azo-centered vacant π* molecular orbital (Scheme 1) [1]. Due to this property, many transition metal complexes, particularly those in groups 7 and 8, containing azopyridyl ligands, e.g., 2,2′-azopyridine (apy) and 2-phenylazopyridine (pap), (Figure 1a), have been reported [2,3,4,5,6,7]. Based on numerous studies, metal complexes containing non-innocent azo ligands are expected to be applied to multifunctional materials which surpass conventional magnetic materials, such as metal oxides [8,9].
We have previously reported the synthesis and properties of a monocarbonylruthenium(II) complex containing two azopyridine molecules [10]. All the azopyridyl ligands in the monocarbonyl complex were neutral (nonradical, singlet state: S = 0). In contrast, the newly synthesized dicarbonylruthenium(II) complex in this work (Figure 1b) experimentally and theoretically revealed that both the azopyridyl ligands are coordinated as anion radicals (triplet state: S = 1). Additionally, the magnetic properties of the diradical complex were examined.

2.1. Synthesis and Characterization of the Diradical Complex

We previously reported the detailed characterization, including X-ray crystallography, of the monocarbonyl complex ([Ru(pap)2(CO)Cl]+) [10]. In this report, we confirmed that the two azo ligands were neutral in the monocarbonyl complex. Meanwhile, two carbonyl stretching frequencies in the newly prepared dicarbonyl complex were observed at 2060 and 1995 cm−1 in the IR spectra (Figure S1). These values are 30–40 cm−1 lower than those of similar Ru complexes ([Ru(N-N)2(CO)2]2+; N-N = bidentate pyridyl ligands) [11,12,13]. The reason is that the reduction of the azo moiety increases the electron density of the complex, resulting in a red shift of the CO bands [5]. Additionally, no peaks assignable to the present complex were observed in the mass spectra, and its 1H-NMR spectrum was silent. It is, therefore, interpreted that the introduction of two CO molecules, which function as ligand and reducing agents, led to the selective formation of the diradical neutral complex, in which both the azo ligands underwent one-electron reduction (Equation (1)).
[RuII(apy)2Cl2] + 2CO → [RuII(apy·−)2(CO)2] + 2Cl−

To experimentally confirm that the present complex is a radical complex with unpaired spins, we carried out measurements of the dependence of the magnetic moment on the external magnetic field (M-H properties). Since M = χH (M: magnetic moment, H: external applied magnetic field, χ: magnetic molar susceptibility) is satisfied within the temperature range measured, the complex is the radical complex, which displays paramagnetic properties. Additionally, the Curie–Weiss law defined by Equation (2) (C: Curie constant, T: absolute temperature, θ: Weiss constant) is satisfied in the low-temperature region bearing on the temperature dependence of the magnetic susceptibility (the applied magnetic field of 10000 Oe) as shown in Figure 4; the Weiss constant is negative (θ = −10.7 K), suggesting that antiferromagnetic interactions exist between the spins in each radical [5].
χ = C/(T − θ)
In summary, we have found that the electronic state of an azo ligand can be controlled by the number of coordinated carbonyls, i.e., the monocarbonyl complex has neutral azo ligands, whereas the corresponding dicarbonyl one led to anion radicals. The latter complex exhibited paramagnetic and antiferromagnetic interactions between the spins in each radical. Further studies using analogous compounds are underway, directed toward the development of multifunctional materials in detail.

The infrared (IR) spectra were obtained using a JASCO FT-IR 4100 spectrometer (JASCO Corporation, Hachioji, Japan). The elemental analysis data were obtained on a Perkin-Elmer 2400II series CHN analyzer (Perkin-Elmer, Inc., Waltham, MA, USA). The absorption spectra were obtained on a JASCO V-560 spectrophotometer (JASCO Corporation, Hachioji, Japan). The magnetic susceptibilities of the complex were recorded on a SQUID magnetometer (MPMS, Quantum Design, Inc., San Diego, CA, USA) in the temperature range of 5–300 K. DFT and TDDFT calculations were performed using the quantum chemical program, Gaussian 16 [15]. The geometries of the complex in its singlet (S = 0) or triplet (S = 1) states were fully optimized by restricted (singlet) or unrestricted (triplet) DFT methods employing the B3LYP function [16,17], with a 6-31G(d) basis set for the light elements [18,19] and a LanL2DZ basis set [20] for the Ru atom. The solvent effect of methanol was evaluated using an implicit solvent model, and a conductor-like polarizable continuum model (CPCM). Vibrational analyses were performed at the same calculation level employed for geometry optimization. The spin density analyses were also calculated at the optimized geometry. Excited-state calculations based on the B3LYP-optimized geometries were conducted for the TDDFT formalism in methanol using the CPCM.

3.2. Synthesis of the Complex

The data presented in this study are available in this article and supporting supplementary material. 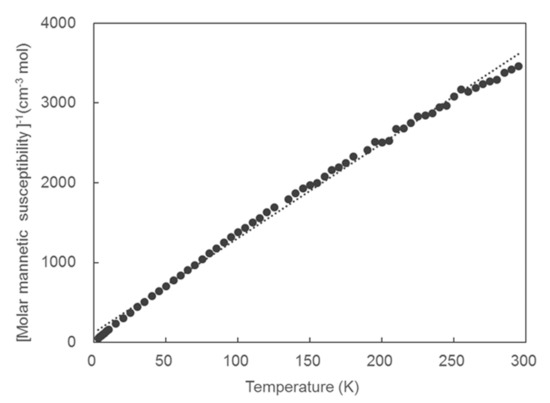