DNA Methylation-Mediated Overexpression of CXCL1 in Helicobacter pylori-Induced Gastric Cancer: In Silico- and In Vitro-Based Identification of a Potential Biomarker for Carcinogenesis
Previous Article in Journal

:
The L. lactis IL594 strain contains seven plasmids (pIL1 to pIL7) and is the parental strain of the plasmid-free L. lactis IL1403, one of the most studied lactic acid bacteria (LAB) strain. The genetic sequences of pIL1 to pIL7 plasmids have been recently described, however the knowledge of global changes in host phenotype and transcriptome remains poor. In the present study, global phenotypic analyses were combined with transcriptomic studies to evaluate a potential influence of plasmidic genes on overall gene expression in industrially important L. lactis strains. High-throughput screening of phenotypes differences revealed pronounced phenotypic differences in favor of IL594 during the metabolism of some C-sources, including lactose and β-glucosides. A plasmids-bearing strain presented increased resistance to unfavorable growth conditions, including the presence of heavy metal ions and antimicrobial compounds. Global comparative transcriptomic study of L. lactis strains revealed variation in the expression of over 370 of chromosomal genes caused by plasmids presence. The general trend presented upregulated energy metabolism and biosynthetic genes, differentially expressed regulators, prophages and cell resistance proteins. Our findings suggest that plasmids maintenance leads to significant perturbation in global gene regulation that provides change in central metabolic pathways and adaptive properties of the IL594 cells.
Keywords:
L. lactis IL594; L. lactis IL1403; plasmid; phenotypic and transcriptomic microarrays

Lactococci belong to lactic acid bacteria (LAB), which are considered the most numerous group of bacteria associated with human. This group encompasses species important in fermented food production, among which Lactococcus lactis is one of the most widely applied starter cultures, especially in cheese making [1]. Moreover, the recent evaluation of the potential use of L. lactis strains as a delivery vehicle for vaccines and therapeutic peptides only increase the importance of the already extensive body of lactococcal research [2,3].
Lactococcal strains mainly inhabit two natural environments: milk and plants, of which plants appear to be the primary niche, where adaptation to the nutrient-rich dairy habitat has resulted in loss of some functions, leading to reduced chromosomes, an increase in a number of pseudogenes and acquisition of genes (often plasmid ones) vital for growth in milk. In the result of this adaptive evolution, the vast majority of diary-associated isolates are particularly abundant in plasmids compared to the relatively low number of plasmids among lactococcal strains isolated from non-dairy niches [4,5].
Plasmid vary in size, function and distribution. Dairy lactococci harbor between one and twelve plasmids [5], ranging in size from 0.8 to 193 kb (retrieved from https://www.ncbi.nlm.nih.gov/genome/, accessed on 11 July 2022). Lactococcal plasmids often carry genes that may be essential for survival under extreme conditions, but more importantly, these extra-chromosomal genetic elements enable adaptation to the nutrient-rich environment of milk. In fact, numerous functions of lactococci necessary for efficient fermentation, such as the utilization of lactate, citrate, lactose, oligopeptides, and ion transport are carried in plasmids [4]. Interestingly, of the twelve plasmids present in one strain of L. lactis, no less than ten carry putative genes critical for efficient growth in a dairy environment [5]. Comparative analyses of plasmid-encoded functions performed on a larger number of L. lactis strains confirmed the abundance of genes of biotechnological importance in their plasmid load [3]. In addition, genes involved in bacteriocin production, phage resistance, conjugation and exopolysaccharide synthesis are also included in the plasmid-encoded L. lactis repertoire [5]. Consequently, there is considerable selection pressure on dairy strains to retain these plasmids, since plasmid-free derivatives grow poorly in milk. Because plasmids are mobile elements, they can be readily exchanged between different strains by various mechanisms (through conjugation, transduction and transformation) [5] Acquiring plasmids can benefit bacteria not only by providing new traits through the metabolic genes they carry, which are key to their eventual industrial use, but also, as single studies indicate, by affecting the expression of chromosomal genes involved in metabolism and energy production [6]. Despite the fact that plasmids are an important component of the bacterial genome, the potential impact of plasmidic genes on overall gene expression is still poorly understood.
L. lactis subsp. lactis IL594 is the parental strain of the best studied representative among LAB, the plasmid-free L. lactis IL1403 derivative. L. lactis IL594 was originally isolated from a cheese starter culture and contains seven plasmids, named pIL1-pIL7. The L. lactis IL594 plasmidome has been fully sequenced, revealing a possible significant role of plasmid-encoded traits in the environmental adaptation of these bacteria [7]. However, only a small number of lactococcal plasmids presented in the literature have been functionally studied for their possible impact on the phenotype of host cells. Given the industrial importance of lactococcal plasmids, our study focused on the global changes in phenotypes and chromosomal gene expression levels caused by the presence of pIL1-pIL7 plasmids in L. lactis IL594. We hypothesized that the repertoire of plasmid-related features may lead to adaptive and industrially important metabolic traits in L. lactis IL594. Indeed, the results obtained indicate that the presence of the plasmid pool leads to an overall improvement in the metabolic fitness of the host, understood as subtly increased tolerance to a range of antimicrobial compounds, as well as improved metabolic capacity. Importantly, we also show here that these gained activities may result not only from the direct action of plasmid genes, but also from the activity of chromosomal genes as the effect of plasmid-chromosome cross-talk. In addition to the obvious cognitive purposes, a deeper knowledge of gene functions and interaction mechanisms may be important in modulating biotechnological fermentation processes provided by lactococcal strains.

Transcriptome analysis data are available from the Gene Expression Omni-bus (https://www.ncbi.nlm.nih.gov/geo/, accessed on 11 July 2022) under accession no: GSE209756. 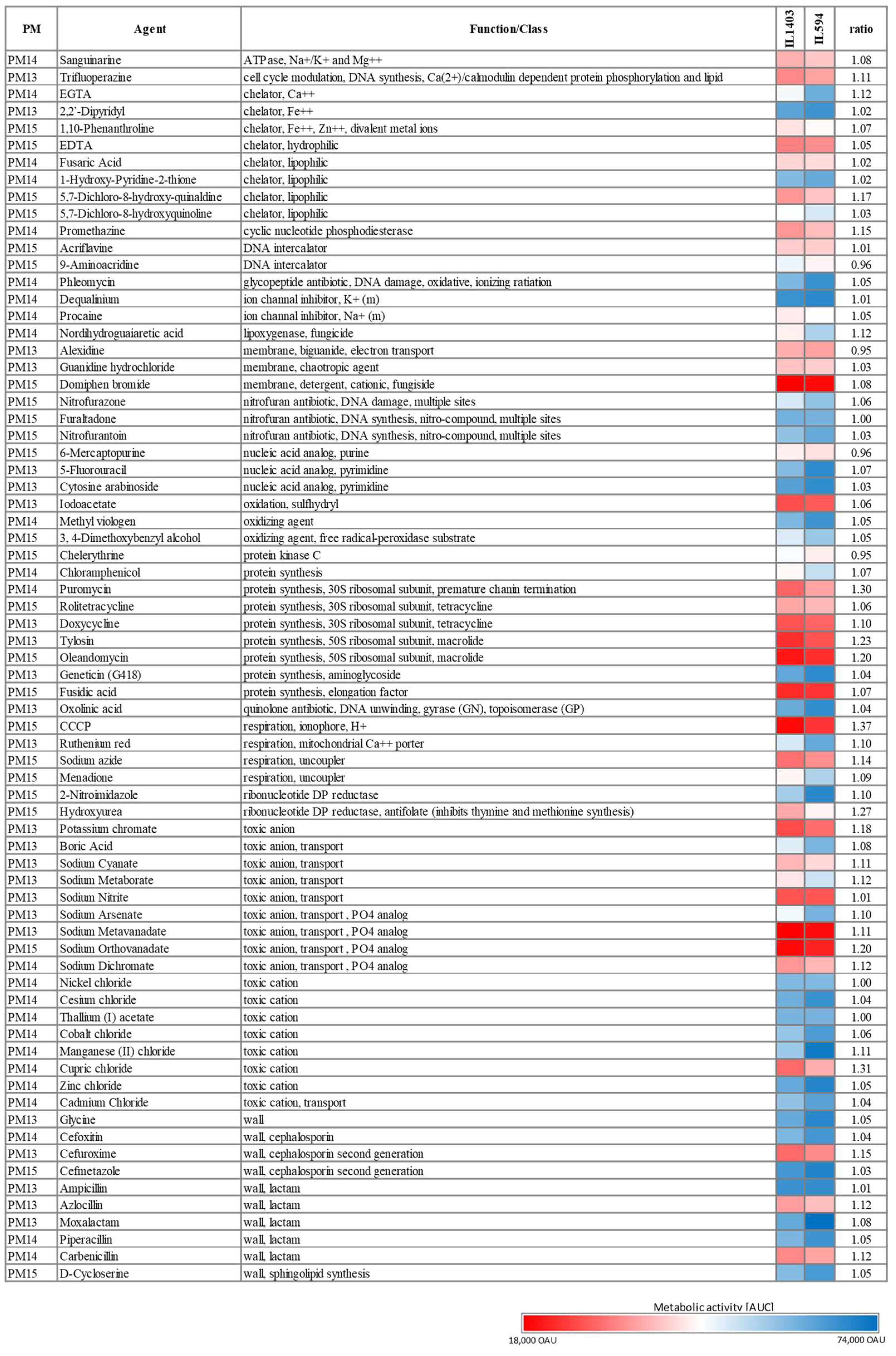