Balanced macronutrients (fats, carbohydrates, and proteins), micronutrients (minerals and trace elements), and vitamins in our diets are important for maintaining healthy physiological systems. However, poor nutrition is commonly observed in older populations and associated with chronic disease conditions, such as impaired digestive health, a decline in cognitive function, and a compromised immune system [1]. Interestingly, studies have shown that diet alone could potentially have therapeutic effects in patients suffering from chronic inflammatory diseases (such as inflammatory bowel disease) [2]. Thus, a better understanding of the relationship between the diet and specific disease processes could have a significant impact on healthy lifespan in the aging population.
Amino acids (AA), the building blocks for protein synthesis, and their many metabolites are particularly crucial for growth, reproduction, immunity, and whole-body homeostasis [3]. Tryptophan (TRP) is one of nine essential amino acids and is responsible for modulating physiological stress responses, neuropsychiatric health, oxidative systems, and the immune system [4]. TRP deficiency is associated with major depressive illness in both males and females, and, in select cases, these depressive symptoms can be reversed by TRP-rich diets [5,6]. Several studies have found that low-TRP diets can lead to growth retardation, impaired reticulocyte function, and fatigue resistance, emphasizing the importance of this amino acid in the human diet [7,8,9].
Studies have particularly highlighted the importance of TRP and its many metabolites in systemic and local intestinal inflammatory mechanisms. TRP deficiency has been shown to compromise immune response and impair disease resistance in teleost fish [4]. Furthermore, gut health and intestinal immunity require sufficient dietary TRP for efficient immunological response and intestinal homeostasis [10]. TRP metabolites (kynurenines, serotonin, and melatonin) and bacterial TRP metabolites (indole, indolic acid, skatole, and tryptamine) are known to support gut microbiota, microbial metabolism, the host’s immune system, and host–microbiota synergy [10]. In fact, disruptions in the gut lactobacillus strains responsible for TRP metabolism can lead to intestinal inflammation and colitis [11].
In this study, we aimed to better define tryptophan’s role in the immune response and its effect on the gut microbiome, specifically in relation to age. We fed aged mice TRP-deficient (0.1%), TRP-recommended (0.2%), and high-TRP (1.25%) diets for eight weeks and observed the responses to the gut bacterial environment and the inflammatory responses. We hypothesized that a TRP-deficient diet would exert a systemic pro-inflammatory response and alter gut bacteria homeostasis.

Fecal microbiota analysis was performed on three groups (21 total samples): control diet (n = 7), TRP-deficient diet (n = 7), and TRP-rich diet (n = 7). We analyzed the gut microbiota composition using the 16S rRNA amplicon sequencing of fecal contents and observed distinct differences in the microbial taxa associated with TRP dose variation. Microbiota diversity is typically described in terms of within (i.e., α) and between sample (i.e., β) diversities. α-diversity indices both at the phylum and genus level were not different between the groups of mice that were fed different doses of TRP (Figure 1). Non-metric multidimensional scaling (NMDS) ordination plots using a Bray–Curtis distancing matrix of β-diversity revealed significant differences at the genus levels (Dose, p < 0.05); however, at the phylum level there were no differences due to the TRP content in the diet (Figure 2).

The heat tree analysis leverages the hierarchical structure of taxonomic classifications to quantitatively (using the median abundance) and statistically (using the non-parametric Wilcoxon Rank Sum test) depict taxonomic differences between microbial communities or abundance profiles for a group. The Phylogenetic Heat Tree illustrates the differences in relative bacterial abundance between gut microbiota compositions in mice who were fed a diet with different TRP doses (Figure 3). Red colored nodes denote the enriched bacteria the comparison listed (Figure 3). Mainly Firmicutes and Bacteroidetes dominated gut microbiota composition at the phylum level. Other phyla such as Proteobacteria, Verrucomicrobia, Tenericutes, Deferribacteres, and Actinobacteria comprised the rest (Figure 4). Lower TRP supplementation reduced the Deferribacteres abundance, whereas higher supplementation not only restored but also increased the abundance (Figure 4). A trend for an increase in Proteobacteria abundance was seen in the mice who were fed the low- and high-dose TRP diets. At the genus level, out of 170 genera the Dunn test revealed significant groupwise differences in 21 genera (p < 0.05). Notably, Mucispirillum and lachnospiraceae bacteria went down with a low-TRP diet and were restored or increased in abundance on the higher TRP diet (Figure 5). The bacteria Acetatifactor, Enterorhabdus, and Adlercreutzia went up with a low-TRP diet and restored or decreased with a high-TRP diet (Figure 5).

All protocols were conducted by following the guidelines established by the Augusta University Institutional Animal Care and Use Committee (AU-IACUC, Protocol number: 2009-0065). Twenty-month-old male C57BL/6 mice were obtained from the aged rodent colony at the National Institute on Aging. The animals were fed either standard TRP (0.2%), low-TRP (0.1%) or high-TRP (1.25%) diets for eight weeks. TRP concentration was selected based on previously published data [42]. Diets were prepared by Envigo-Teklad (Madison, WI, USA) in consultation with their nutritionist and were isocaloric purified diets that contained all essential amino acids. Fecal samples were collected at the end of 8 weeks, and animals were euthanized using CO2 overdose followed by thoracotomy according to an AU IACUC-approved protocol.

The MO BIO PowerSoil DNA Isolation kit (Qiagen, Germantown, MD, USA) was used to isolate genomic DNA samples from the fecal samples of mice. Fecal contents were carefully added to 96-well plates with beads and recommended buffers. The plates were sealed, added to the MO BIO shaker, and shaken horizontally at 20 rpm for 20 min. The isolated genomic DNA was quantified with nanodrop and stored at −20 °C. The DNA samples were shipped to Novogene Corporation, Inc. (Durham, NC, USA), for 16S V3-V4 region amplicon sequencing.

BIOM files were analyzed using MicrobiomeAnalyst—a web-based tool for the statistical and visual analysis of microbiota data. Reads were initially denoized using filters with a minimum number of five reads in a minimum of one sample required to retain an OTU. Total read counts for the run were 754,355, with 35,921 per sample. Sample reads were normalized and rarefied to the minimum library, then data scaling (total sum scaling) was performed before the final analysis. Minimum read filtering was applied in MicrobiomeAnalyst for alpha and beta diversity calculations but was increased to a minimum of 10% prevalence with a count of 4 for differential abundance analysis. Low variance filter was set at 5% for the inter quartile range. Alpha diversity profiling and significance testing were conducted using one-way ANOVA at the genus and phylum taxonomic level. For beta diversity, permutational MANOVA (PERMANOVA) was used to compute groupwise differences. Differential abundance was calculated univariately. All p-values were calculated using the Kruskal Wallis test and the Dunn test unless stated otherwise. Microbiota figures (Figure 1, Figure 2, Figure 3 and Figure 4) were prepared using open licensed software R.

At the end of study, blood was drawn from animals by cardiac puncture. Levels of selected cytokines were measured in the serum by LEGENDplex Cytokines Detection (BioLegend, San Diego, CA, USA), as described by the manufacturer. The simultaneous quantification of cytokines in mouse sera was performed using the LEGENDplex mouse Inflammation Panel with V-bottom Plate (BioLegend Cat# 740446) according to the manufacturer’s instructions. In brief, samples were thawed completely, mixed, and centrifuged to remove particulates prior to use. To achieve measurement accuracy, samples were diluted 2-fold with assay buffer, and standards were mixed with Matrix C (BioLegend) to account for additional components in the serum samples. Standards and samples were plated with capture beads for IL-1α, IL-6, IL-17A, and IL-27 and incubated for 2 h at room temperature on a plate shaker (800 rpm). After washing the plate with wash buffer, detection antibodies were added to each well. The plate was incubated on a shaker for 1 h at room temperature. Finally, without washing, SA-PE was added and incubated for 30 min. Samples were acquired on the CytoFLEX flow cytometer (Beckman Coulter Life Sciences, Indianapolis, IN, USA). Standard curves and protein concentration were calculated using the R package DrLumi [43] installed on R 3.5.2 (https://www.r-project.org/, accessed on 7 May 2021). The limit of detection was calculated as an average of background samples plus 2.5 × SD. Assay and data calculations were performed using the Immune Monitoring Shared Resource (Augusta University).

The results are shown as means ± standard deviations. GraphPad Prism 5 (La Jolla, CA, USA) was utilized to perform ANOVA with Bonferroni pair-wise comparison or unpaired t-tests as appropriate. A p-value of <0.05 was considered significant.

This publication is based upon work supported in part by the National Institutes of Health AG036675 (National Institute on Aging-AG036675 S.F, W.D.H, M.H, C.I,). The above-mentioned funding did not lead to any conflict of interests regarding the publication of this manuscript.

The study was conducted according to the guidelines of the Declaration of Helsinki, and approved by the Institutional Review Board (or Ethics Committee) of Augusta University (protocol code: 2009-0065 and date of approval: 23 August 2018).

The authors also declare that there is no other conflict of interest regarding the publication of this manuscript. 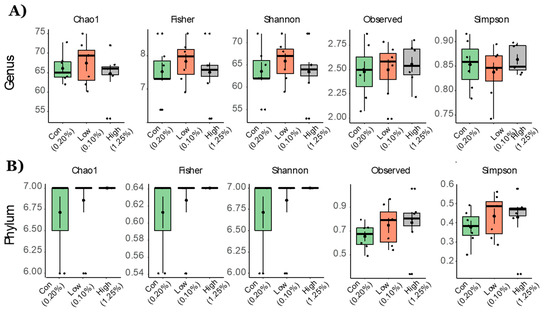 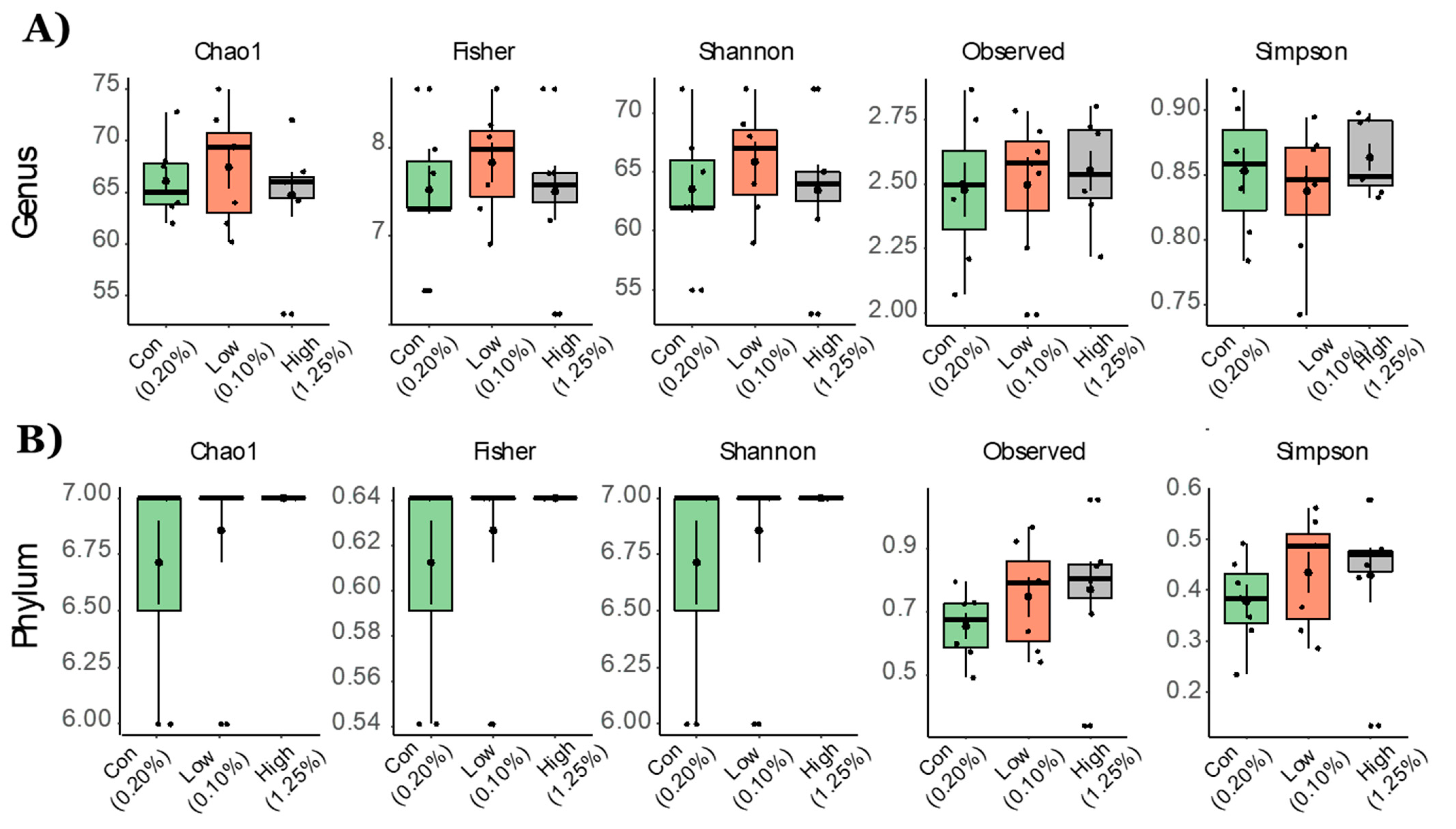 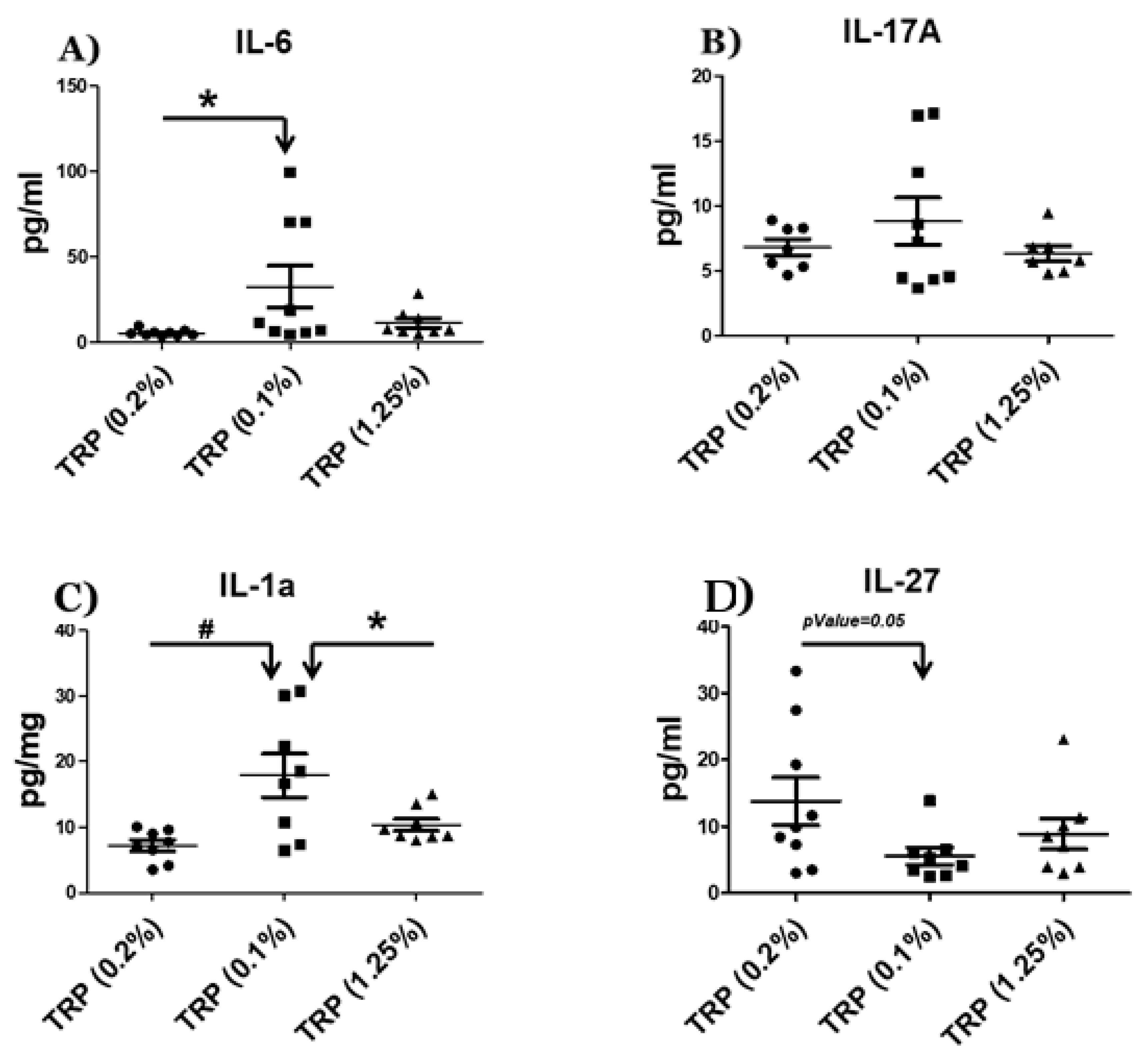